Why music is so much better with cannabis

When you throw on your favourite jam right after a deep dive into the effects of cannabis, it’s easier to get lost in the sounds. Each word is somehow crisper, clearer, smoother, and more in tune with your soul, and that’s not just a happy coincidence.

Scientific evidence confirms the connection between a buzz and how it can impact the way that we perceive things, like sights, tastes, and of course, sounds, so that we no longer have to wonder if this phenomenon is real. It’s really no surprise to those who’ve noticed this indescribable difference for themselves, but what many don’t know yet is why and how it works to make music sound better.

Some may assume that music sounds better while under the influence of cannabis because it’s known to dull the connection between us and our surroundings, making it easier to ignore the bits and pieces that we normally wouldn’t so thoroughly enjoy. That theory isn’t necessarily entirely wrong, and it’s a challenging assumption to disprove. Still, it’s obvious that the influence that the herb has on music, right from its creation to the way that it makes you feel when it finally makes its grand appearance on stereos, is so much more complicated than that.

How cannabis and music impact the brain

Music and its effects on people is something that’s been well documented over the years, but few understand the intricacies of how it interacts with and engages both the brain and central nervous system. Sound, which is processed in the spinal cord before it makes its way to the cortex, an area of the brain that does the important job of controlling voluntary movements. This section and smaller areas in other parts of the brain light up when we listen to music. Though it might feel relaxing, our brains are doing a lot of work to decipher the sound, pitch, and rhythm, causing a widespread reaction that seems to be overwhelmingly positive.

On another note, cannabis also greatly impacts the brain and nervous system, albeit in a different way, as it interacts with prominent receptors called CB1 receptors, which have the power to influence things like appetite, mood, and sensation. Many of those receptors are located in two areas of the brain, including the hippocampus and limbic system, which work to regulate and control things like memory and emotions. The problem is that research into the subject is generally hard to perform because the data available is purely subjective, difficult to obtain, and varied.

For many cannabis enthusiasts, the combination of euphoria and music is habitual, and the elated sensations can leave consumers feeling a deeper connection to music. The thing is that we know even without weed, music of all sorts triggers activity in what is called the mesolimbic dopamine system, aka the reward pathway, a system within the brain that releases dopamine, and that at a chemical level reinforces the motivation to repeat the gratifying behavior.

Though they might interact with the body in a slightly different way, both music and cannabis have the power to activate pleasure and rewards systems in our brains. According to some studies, pot products with higher amounts of CBD than THC consistently increase the amount of dopamine that is released, an act that can psychologically condition a cannabis consumer user to associate the plant with a more pleasurable musical experience. With both triggers increasing dopamine production at the same time, enthusiasts are bound to feel the altered connection leading to the continued combining of these effects to recreate it.

That’s a really good reason for seasoned cannabis consumers to clearly note such a significant difference when both elements are added to a situation, but what about new users? Some experts theorize that it’s the cannabinoid’s ability to keep us focused on the present by inhibiting our constant search through memories as well as other seemingly pressing thoughts, clearing the mind to prime it so that the person can focus completely on the moment at hand, soaking in every note as well as each and every sound as if it were the only thing in existence.

Another theory behind this phenomenon is thought to have something to do with the way our brains form short-term memories, as well as how cannabis can effectively disrupt them, leading to a lull that puts a fair-sized gap between the consumer's expectations and past experiences. Deciphered, that means that cannabis can make our memories fuzzy when they’re stored during a session, which would make it easy to misremember how good or bad they might have been. The music might not have sounded as memorable as you thought, and it could be your own association with cannabis and positivity that makes you believe the effects of the herb make music sound better.

If you’ve ever used cannabis, then chances are pretty good that you’re familiar with how time feels like it moves a bit slower when you’re stoned. What’s also important to remember is that music is really all about time and timing. When certain combinations of cannabinoids are consumed, a person's ability to follow a rhythm changes, and in many ways for the better. All sounds are simply vibrations, with some strings vibrating at as much as 440 or 450 times per second. When the way we perceive these sounds is slowed down, even just a small amount, it can make a huge difference, in the end, note that we hear.

That last theory can also help us to understand why some people are more willing to try to interpret more complex sounds, songs, and recordings. With dysfunctional short-term memory, vibration intervals can both expand and shrink over the course of a buzz, giving consumers the impression that they’re more capable of discerning musical notes. This is true even for those who don’t have a trained ear in music, as cannabis can affect the complexity of the music that an individual can tolerate, regardless of experience.

With all of this in mind, it now probably makes a lot more sense that we’ve seen some of the most incredible musicians of all time come out and rise up in status with the assistance of the therapeutic nature of cannabis, even if it is consumed for recreational purposes. In history, the plant has played an important role in how we've created, perceived and enjoyed music, and that’s something that is unlikely to ever change. 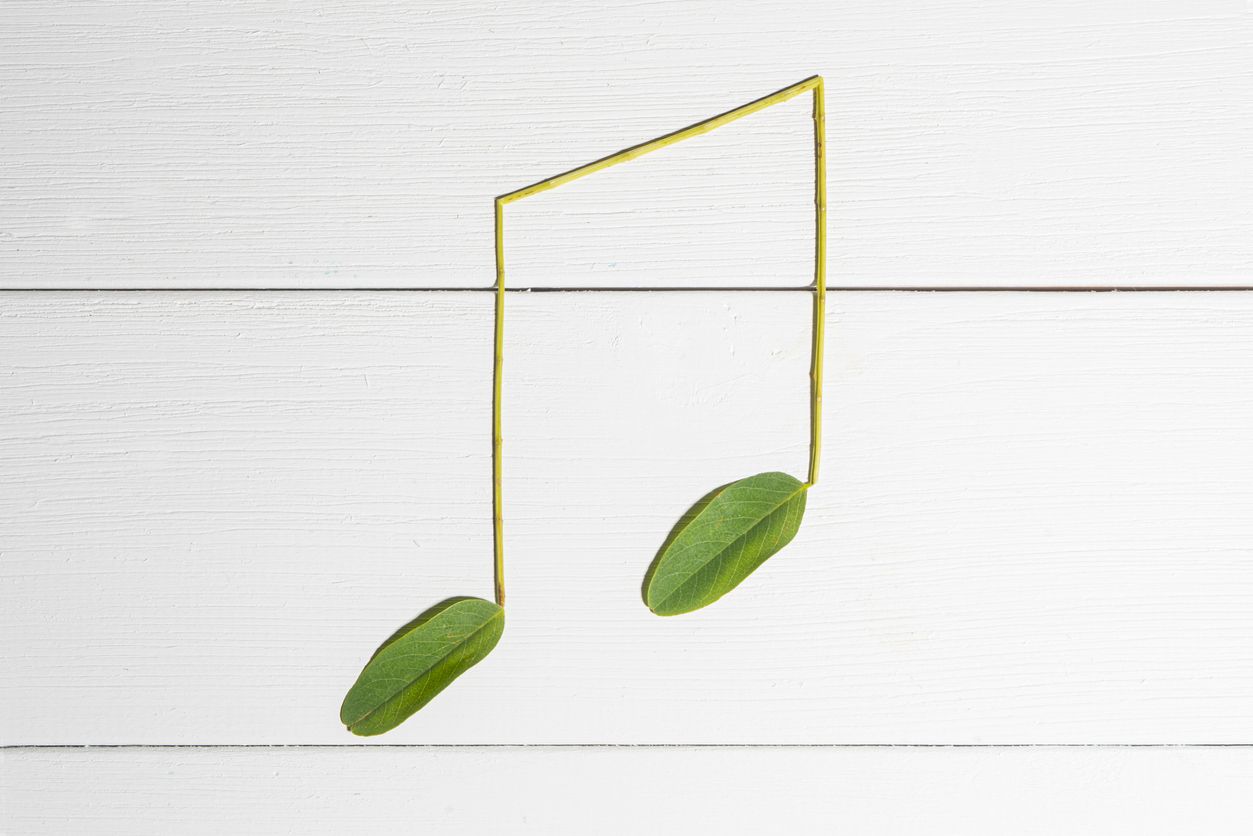 Could music be the key to thriving cannabis plants?

It makes sense in a way, especially when you look at everything good that music can do for human beings....