Early in the morning on January 10th reports about a strange purple haze started to roll in across Snowflake Arizona. Some spectators had an idea of where it was coming from, while others stood in awe, speculating all kinds of interesting theories. Luckily, the power of social media took over when a photo of the light’s source was posted, calming those who sought answers.

Many citizens reveled in the spectacle, while others complained of so-called light pollution, but what many still didn’t quite understand is why it was suddenly so visible and bright. Especially when they all knew the fact that the source was a Copperstate cannabis farm, which had been fully functioning for many months prior, without any bright light or purple haze feedback.

What caused purple haze over the cannabis farm?

It could certainly be slightly unnerving to look up and see a bright purple sky, but there was absolutely no reason to be concerned. The Copperstate cannabis farm is a facility that spans over an area the size of approximately 30 football fields, and commercial production requires a few tools, including high powered UV lights. These grow lights do give off an eerie glow, but that is because it is designed to cover a spectrum of light that we can’t necessarily see by eye.

Under average circumstances, it wouldn’t be unusual for someone driving by the cannabis farm to see a dim purple haze emanating from the greenhouse facility, but why was this night so different, with reports coming in from as far as 60 miles away? The truth is that mother nature took control that night, using a simple trick that results in a mirrored effect which can brighten and extend the range of the purple light. A combination of high humidity levels, fog, and snow clouds looming quite low were enough to create the fascinating and rare light show for all to see.

Will it happen again?

There is no way to know for sure if the purple haze will ever be quite that bright again, but statistically, the chances are pretty good that it will. These kinds of environmental combinations are most common in the spring and fall, but then you won’t have the addition of storm clouds to enhance it, so during those seasons, it probably won’t ever be quite so bright, but there is no way to guarantee that.

However, it is also relatively common to experience at least one major melt in the middle of winter, so the possibility of this becoming a yearly phenomenon is pretty high. So if you happen to live somewhere near Snowflake, or anywhere else that hosts a cannabis farm like this one, you can rest easy knowing that if the skies ever do glow purple again, you will be able to sit back, relax, and enjoy the show without unnecessary bouts of panic.

Have you ever had a similar experience?

Since this isn’t the only cannabis farm that uses such high-intensity lighting, this incident is probably not unique to itself. Have you ever experienced an eerie purple haze glow or any other annoying or terrifying phenomenon? If so, we want to hear from you. Drop a comment down below to let us know all about your weird cannabis farm stories. 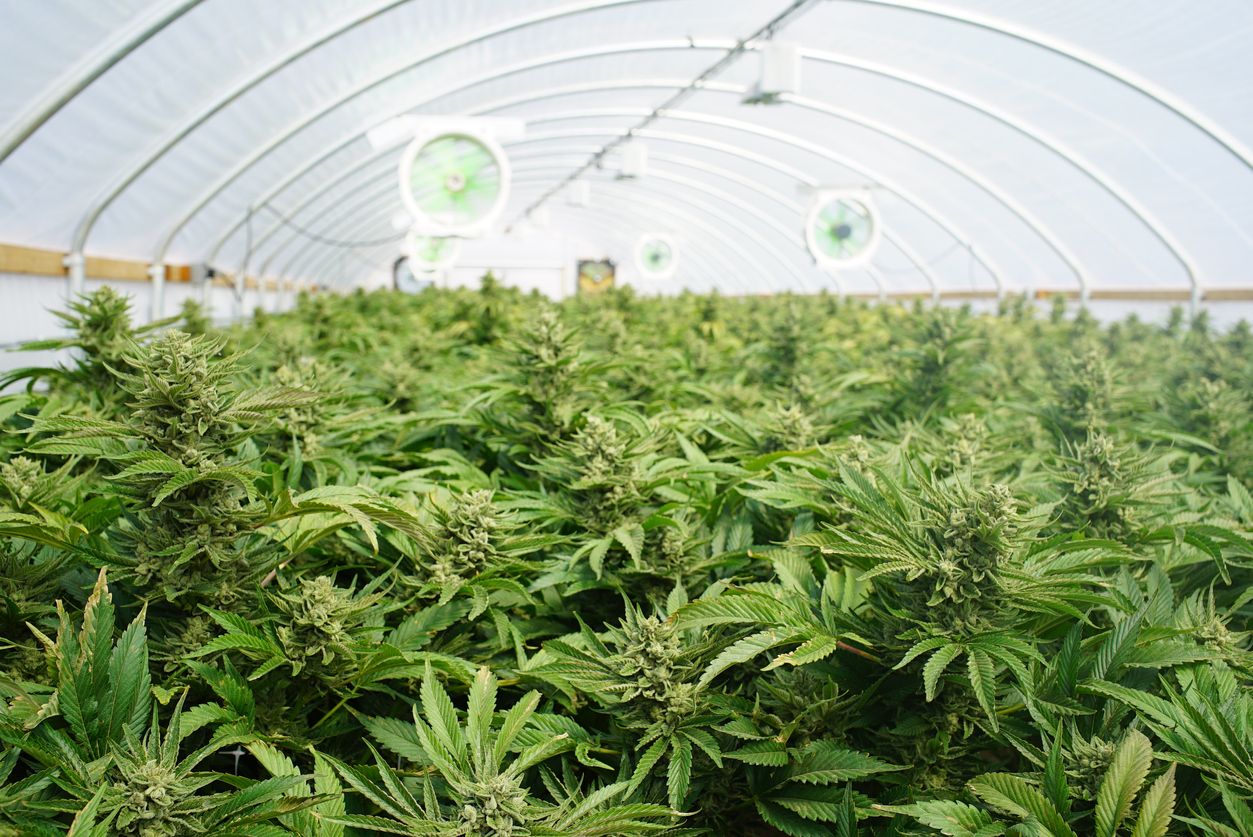 Right now, Mahmoud and his team are in the middle of clinical trials, and they have already garnered federal approval to move forward....