In Science and Tech
Updated20 days ago3 min read

Cannabis can help us to relax, relieve pain, and induce a thick sense of euphoria that complements a good book or movie quite nicely, but all of those benefits come paired with a bad case of the munchies. That insatiable feeling of hunger takes over and makes almost anything seem appealing, but since we tend to be lazy when we’re high, we’re much more likely to reach for junk food over a healthier alternative that might require a little bit of preparation.

Of course, there is such a thing as healthy stoners who make wise snacking decisions even while under the influence of the green, but they are few and far between. This isn’t just a stereotype or excused used to overindulge either. It’s a true side effect of cannabis, and we can prove it. If you want to know what kinds and how much junk food people are eating, all you need to do is look at the sales figures both before and after cannabis legalization.

According to a recent study published in the last 2020 issue of Economics and Human Biology, junk food sales rose by an incredible 6.3% immediately following cannabis legalization. The data which was collected through the Neilson Retail Scanner program included input from hundreds of participants from the Washington, Colorado, and Oregon areas. This research covered the shopping habits of adult consumers from 2006 and 2016 when the plant was legalized in some form in the included areas, and from there, the evidence was clear.

One author of the study said that there are unintended consequences of adult-use reforms, and one of them is a less healthy diet. It is unclear how this has or will continue to impact the health of people who reside in legal regions long term, but the evidence points towards junk food in most kitchen cupboards becoming the norm. Luckily, there is also some evidence to suggest that cannabis can sometimes help people who are struggling with excess weight. Still, the results of this significant shift will remain unclear for many years, so it’s still a little bit too soon to assume that users are completely safe from the fallout.

A working paper of this junk food study noted that cannabis legalization increased ice cream sales by 3.1%, potato chips by 5.3% and cookies by 4.1%. Alternatively, the news isn’t all bad because while some cannabis users could certainly use better eating and snacking habits, they’re drinking far less alcohol than they used to, and in most cases, that’s a really good thing. Cumulatively alcohol sales during this time fell by a staggering 15%.

Is this something we need to worry about?

So far, there is no evidence to suggest that cannabis consumers have very much to worry about, and that is especially true if they pay attention and indulge in moderation. In fact, some studies have shown that stoners tend to have a lower BMI, indicating they weigh less when compared to the average person. However, that doesn't mean we shouldn’t heed this warning. When the munchies hit, try to reach for vegetables or some other low-fat option instead, that will hit the spot without adding unnecessary calories to your diet, and as a result, we can guarantee you’ll have a whole lot less to worry about. 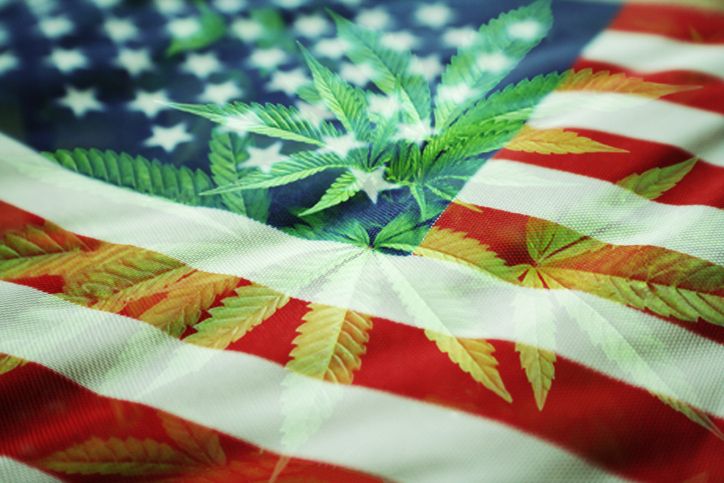 65% of adults over 18+ believed that federal marijuana legalization is a good idea....