In Science and Tech
Updated3 years ago8 min read

Most people believe that cannabis dispensaries make the majority of their profits from the sales of dry herb, but the hottest selling product on the market right now is actually pre-rolls. Now technically, these convenient little rolls are filled with pot, but the quality of what is inside of them is often questionable at best.

The main reason so many consumers flock to buy this particular product is because it seems like a really good deal, at an average of $10 per cone which is comparable to a gram of unprepared dry herb, but there is a reason that these hot items come at such reduced price, and that is because they are an excellent way for the dispensary to sell products that would otherwise be unmarketable at full cost.

Now, sometimes that is a good thing, as we all know it isn’t uncommon for some of the most potent crystals to rest at the bottom of a bag, but other things like cannabis seeds and stems also tend to sink, which leads to a lesser quality experience, with a high-quality roll and mediocre herb. One of the biggest selling features of these items is the fact that so many dispensaries use the RAW cones, which provide a host of benefits on top of a fancy look and feel.

RAW’s classic cones are their most popular product, and for a good reason, as the brand manufactures some of the best rolling papers in the world right now, but the trouble is that so many people don’t know how to use them, or how to do so efficiently, so they end up paying their local dispensary to do it for them which as we mentioned can come paired with some less than enjoyable results.

RAW cones come in different flavors and options that might include size or shape, but for the most part, classic RAW papers are the preferred choice, as they help to preserve the natural flavors of the cannabis, and don’t come filled with harmful toxins like bleach or carcinogens like regular paper, that might be harmful to your lungs. They also provide a significant capacity level, with each one holding a bit over a gram of weed, making them ideal for larger functions or social gatherings.

All RAW papers are crafted using hemp fibers and all-natural sticking agents like tree gum to reduce your exposure to additional tastes that might adversely impact the way cannabis tastes and smells. RAWcones are held to those same high standards, but they are preshaped in a perfect cone equipped with a filter, long before getting packaged and sent out to customers. Typically, they are packaged in three’s and cost an average of $5 per pack, so you’ll want to make sure you know how to use them before you leap into making the investment.

How to use RAW cones

When you finally get your first package of RAW cones home, you will need to open the package to take an assessment of what is inside. Some imitation rolling papers only come with one packing stick per pack, but RAW cones come equipped with one for each roll so that you’ll never find yourself without a way to get a nicely packed cone. Be sure to leave the remaining papers and sticks inside of the package as you follow these steps on how to pack RAW cones.

This seems kind of slow, is there a way to get it done faster?

RAW cones are really useful tools, especially for anyone who struggles with regular rolling papers but packing them one at a time can be tedious if you smoke a lot or are preparing for a party. Luckily, the makers at RAW came up with a helpful solution to this problem by designing several different varieties of cone rollers. Now, most of the larger RAW cone rollers are intended to be used on a large scale at a dispensary, but there is one small, affordable manual version that works like a charm, and it’s called the Six Shooter.

What is and how to use a Six Shooter

A Six Shooter is a manual roller that is only compatible with king-sized RAW classic cones. It does not require electricity or batteries but isn’t nearly as difficult to use as the small single joint versions that work with regular flat rolling papers. It allows the user to roll either one, two, three, or six joints, which is enough to keep a good cannabis party going.

Figuring out how to use one is easier than learning how to roll a joint using normal rolling papers, as you don’t have to be skilled at manipulating paper, you just have to be able to follow a few simple instructions.

How to roll more than one joint with a Six Shooter

After you’ve pulled off one good roll you will probably notice that there are only 3 exposed holes for cones to go in, but that’s because the rest are hidden underneath of that cap we were shifting around earlier. For 1-3 joints, the plate can remain in place and simply be adjusted, but if you want to roll more you will need to remove it from the device completely.

Unfortunately, there is no way to roll only four or five at a time, as once the plate is removed, all six holes are exposed, and if you leave them empty then the weed will fall out of the holes instead of into the RAW cones. While some consumers have had luck with taping off the holes, that is not something that is recommended by the company.

Your RAW cone rolls should now be ready to enjoy. 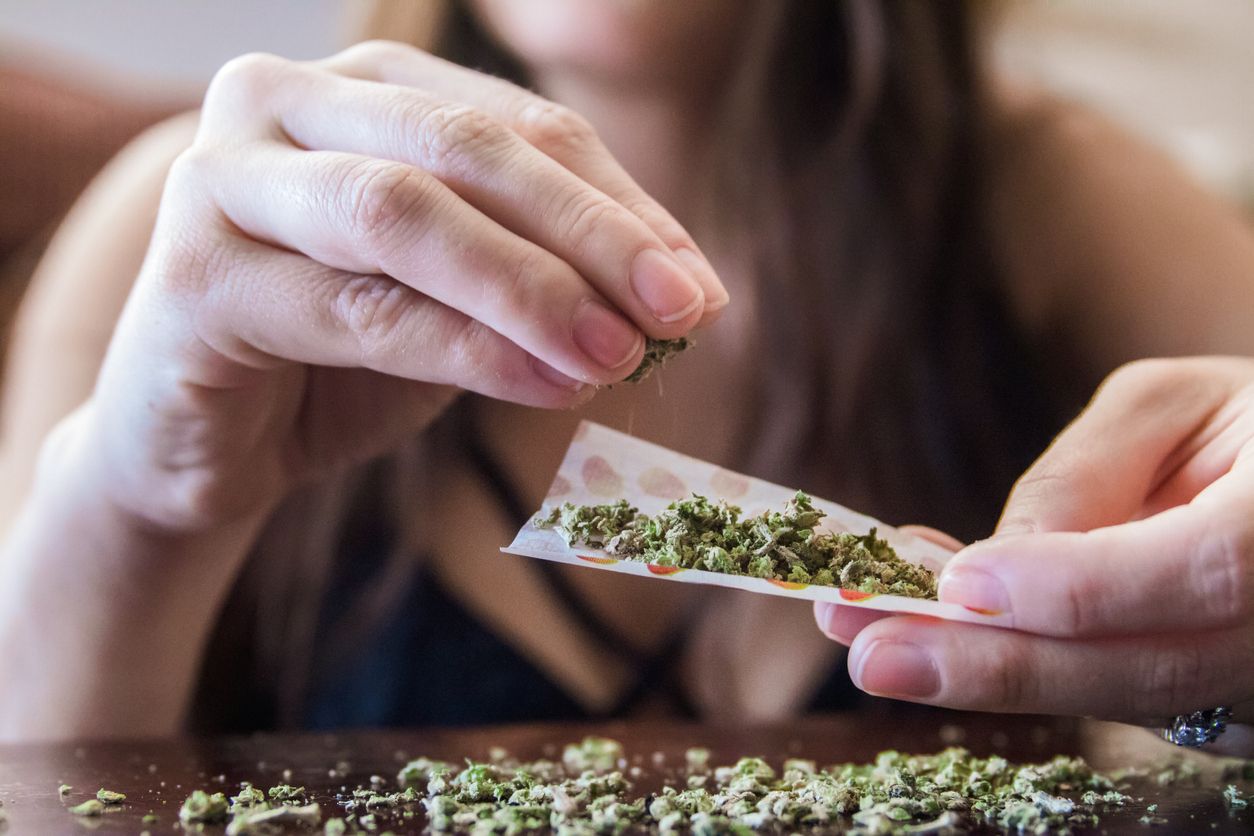 How to roll a joint or spliff that is slower burning, and longer lasting

Whether you are frequently on the go, or simply cannot afford to be continually replacing broken pieces, a cannabis joint will hold up better...