Is cannabutter or cannaoil the best base to use for making marijuana edibles?

When it comes to making marijuana recipes, you will often find that either one specific ingredient is recommended as the base of infusion, or there will be several variations of products that you can select from. What most don’t tell you is that there is a massive difference in the flavor, potency, and texture, which will depend on the one that you choose. The two most popular THC products to cook with, are cannabutter, and cannabis oil, but it isn’t so simple as one being better than the other. Here, you will find some handy tips and tricks that can help you to navigate the confusing world of marijuana recipes.

What is the difference between cannabutter and cannabis oil when making marijuana edibles?

There are several differences in how these two infused products are combined into marijuana recipes. The most notable, of course, being the consistency variance, with one being a solid and the other liquid in nature. However, the most important influences come from the way that the cannabinoids bind to saturated fats and the resulting marijuana edibles that are made from them.

Butter measures at or just under 100% saturated fat, which is why it is so commonly used in marijuana recipes. Olive oil offers a high fat content, but much less for saturated fats. The cannabinoids are extracted using these elements because of their high-fat content, which clings to the THC and CBD and helps to draw more of it from the plant materials in a shorter period of time. Because of this, you will often find that the most potent marijuana edibles are made using cannabutter. Others, like olive oil, might be sweeter, but they have lower amounts of fat, and therefore, will not condense the cannabinoids in the same fashion. So if you are looking for the most potent marijuana edibles, it’s a good idea to stick with the fattiest ingredients possible, which may be either cannabutter or cannabis oil.

Cannabutter might typically be the most potent ingredients option for marijuana edibles, it isn’t always the best tasting. Because the butter is so thick, it does tend to hold onto more of the green plant materials which can result in a stronger stereotypical cannabis flavor, which doesn’t sit well with everyone. The best tasting marijuana edibles are often made using cannabis oil, with other accompanying flavors being a top priority for pairing. Cannabis-infused olive oil will taste much better in a burger than say, cocoanut, while sweeter treats like brownies and cakes might benefit from the sugary coconut oil. So if an excellent flavor is what you are after, then the best option will likely be some kind of cannabis oil.

You will notice that cannabis oil, is generally is a liquid form, while cannabutter is a solid chunk that often needs to be heated before it can be used to make marijuana edibles. While in theory, these ingredients can often be substituted for one another, the texture of the dish may suffer from the change. For example, cookies require butter, and this is because it helps them to maintain a softer inside, and thickens the batter, which slows how quickly they will spread across the baking pan. Using cannabis oil, in this instance, would result in cookies that are thinner, flatter, and much more difficult to chew. To remedy this, you can add a bit more flour, but the edibles will still be much less appealing, and more likely to burn. When using cannabutter instead of cannabis oil, the opposite takes place, which can leave your batter thick, difficult to mix and influence how long the edibles will take to cook. So if you are making a marijuana recipe from online, or a cookbook, then it’s a good idea to stick to the most recommended option. If you instead are substituting regular non-infused ingredients, then the best option will be the one with the most similar texture. So cannabutter should be used in the place of butter or lard, and cannabis oil is ideal for any oil-based liquids. 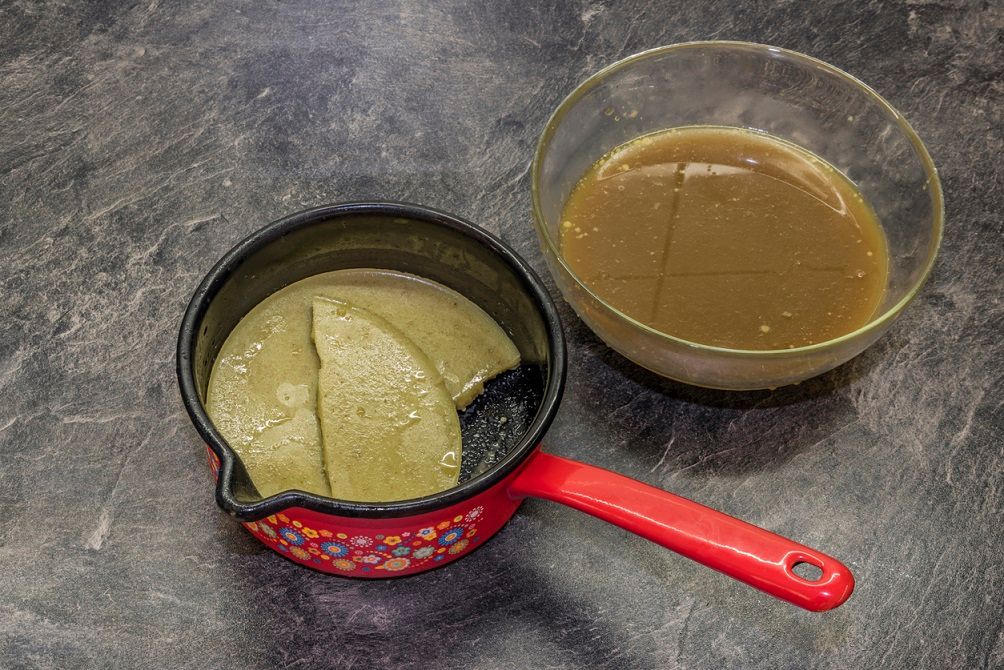 How to make cannabutter

A cannabutter recipe is a great place to start in the process of making all your cannabis recipes....

Create review for Is cannabutter or cannaoil the best base to use for making marijuana edibles?