Though it wasn’t long ago that cannabis enthusiasts were more than excited at the prospect of obtaining any type of edibles, nowadays we can afford to be picky. With marijuana legalization spreading across the globe, it was only a matter of time before consumers of edibles would develop a taste and interest in more extravagant options than your average weed brownies or cookies.

With Thanksgiving in Canada right around the corner, many people are setting up their dinner plans for the occasion. Though it may be more traditional to celebrate with alcoholic beverages, this year many Canadians are switching things up by adopting a cannabis-infused meal instead. While it certainly isn’t a great option for anyone hosting kids or underage attendees, those who celebrate with adult participants are getting excited at the idea of something so new and different.

If you are slightly concerned about the difficulty of preparing such a formal meal with an element that you are not experienced with, don’t be, as learning how to make edibles can be confusing at first, but once you master the skill of infusion, the sky is truly the limit. You will probably find yourself thinking up all kinds of new and easy ways to infuse all of your favorite recipes. The first step is learning how to decarboxylate weed, which is a pertinent step in turning freshly cured marijuana buds into deliciously potent cannabutter.

How to decarboxylate weed and why it is important

Decarboxylation is a process that takes the pure cannabis elements THCA and CBDA and turns them into the activated versions that we all know, and love called THC and CBD. This requires exposure to the ideal amount of heat that will convert the precious cannabinoids without damaging them.

It is a commonly believed myth that eating the raw cannabis plant matter will get you high. Before you decarboxylate buds or leaf trimmings, they will not induce the stereotypical stoned sensations that are normally expected from smoking the plant matter. So, while decarbing your buds isn’t necessary to bake or cook with cannabis, it is required, if you want the more intoxicating types of effects as a result of consuming your edibles.

The easiest cannabis base to make edibles

People cook and bake with all different types of weed products, but some are much easier than others to store, make and work with. Cannabutter is the ingredient called for, in every infusion that we list for Thanksgiving dinner options below, as it is easy to get, and simple to incorporate into nearly any hot food item.

How to make edibles out of traditional Thanksgiving meal options

1. Turkey
Normally, when preparing a turkey for the oven, one of the first things to do is add a substantial dose of butter beneath the skin, as it helps to protect the meat from scorching, it adds flavor and it nicely browns the skin to add that infamous baked turkey crunch to the outside of each piece.

With cannabutter, the only adjustment that you’ll have to make is, using it in place of your normal butter, and once the turkey is done, each piece will be lightly infused. The best part about baking turkey is that all of the excess cannabutter will run down into the pan which also helps to infuse the base of what will eventually be your gravy.

2. Stuffing
Stuffing a turkey isn’t the greatest job, as it can be time-consuming, and once the ingredients are inside, there is no going back. Many people have a favorite stuffing recipe, be it through experience or from old family dishes, and believe it or not, all of them will work perfectly with cannabutter.
Right before you are ready to stuff the spiced breaded goodness into the turkey, add anywhere from 2-4 tablespoons of cannabutter to the mix, and stir in it thoroughly before putting the stuffing mix into the turkey to finish baking.

3. Mashed potatoes
A hearty, helping of creamy mashed potatoes is one of the most popular sides for a traditional Thanksgiving feast. Everyone has their own special touch, be it using cream or eggs instead of just milk and butter, but all mashed potatoes have plenty of butter. To infuse mashed potatoes with cannabis, it’s as easy as adding cannabutter in place of normal butter before you mash everything together to serve it to guests.

4. Gravy
Some people prefer to skip all of the work that goes into making each edibles dish separately, and if you enjoy a bit of gravy on almost anything, then you might be able to make the perfect infused turkey dinner by only altering the gravy. This can help by reducing the marijuana flavor and making it easy to ensure that a meal can be enjoyed by both young an old, with a special label on the THC version of gravy of course.

To make cannabis-infused gravy with cannabutter it doesn’t take much thought or planning, simply add anywhere from 1-4 tablespoons of cannabutter to the liquid base that you are using to make gravy, just before you are ready to add the thickening ingredients. If you add it too soon the heat will destroy the cannabinoids, and too later and your gravy will be a runny mess, so be sure to add the cannabutter to the mix right before the cornstarch or another gravy thickener.

5. Squash
There are so many different kinds of squash that it would be impossible to list them all, but they all have one thing in common, and that is the fact that the vegetable meat is ideal for absorbing liquids once it has been freshly cooked. Whether you like your squash baked, boiled or fried, adding a nice dose of cannabutter once it has been prepared and is steaming hot, makes for a fast, easy and instant edibles dish that everyone will love.

6. Other veggies
Corn, peas, peppers and all other loose veggies make for the perfect side to any Thanksgiving meal, but a lot of people don’t realize that this one ingredient can be infused. Cannabutter offers the versatility of any regular butter, so it can be used by mixing a small amount into the steam hot veggies immediately before you serve them.

7. Apple or pumpkin pie
No matter how delicious the turkey is, everyone looks forward to the end of the meal the most, for the sweet and decadent desserts that follow. The two most common dishes served at this time are apple or pumpkin pie, and as luck would have it, both are incredibly easy to infuse with cannabutter.

Add cannabutter to your pumpkin pie filling right when you are ready to fill the crust before it is baked in the oven. The liquids in the dish help to protect the cannabinoids and any attempt at trying to add the butter later on in the process will result in a soggy crust. Apple pie is the easiest Thanksgiving dinner dessert to infuse, as you can add 1 or a few tablespoons of cannabutter to the apple mixture before sealing it with a top layer of crust. Just as the pie is finishing, you can also brush small amounts onto the browned portions of the crust for added potency, and to help to protect the pastry from burning.

8. Coffee/Tea
Coffee or tea, despite their simplicity, is actually one of the most challenging parts of a turkey dinner to infuse while maintaining the delightful flavors and texture. Since cannabutter is so thick, it is important to avoid adding too much, or your hot drink will be less than enjoyable. Use less than ½ teaspoon per cup for the best results, and be sure to drink it up while hot, or the cannabutter will begin to solidify on the top of the mug.

If you don’t like that option, then there is a more complex method that can be used instead, but that will require freshly decarboxylated buds and an old school metal or plastic tea bag filter. Add the decarbed bud to the steeper, and let it rest in boiling hot water before it is made into either tea or coffee for the best results.

Now that you know how to make the perfect cannabis-infused meal, it is important to know what you and your guests can expect as far as the effects. Since edibles are often stronger than smoking marijuana, the effects are also more intense, and the way that the cannabinoids are absorbed determines just how fast the impact from the edibles will be felt.

Though you may feel the edibles in as little as a few minutes, the fullest effects can take up to 2 full hours to kick in. That is because, edibles are absorbed through the stomach, whereas with smoking, the THC is absorbed instantly through the lining of your lungs.

Edibles can last for much longer than other methods of ingestion for the same reason that the effects can take so long to be felt. Though the most intense sensations will likely surface within 2 hours of consumption, they can last for an entire 12 hours afterwards. Which is the reason why it is so important to make a plan to get all of your guests’ home safely, long before hosting a cannabis thanksgiving as one edible can be enough to decrease safety behind the wheel of a car. 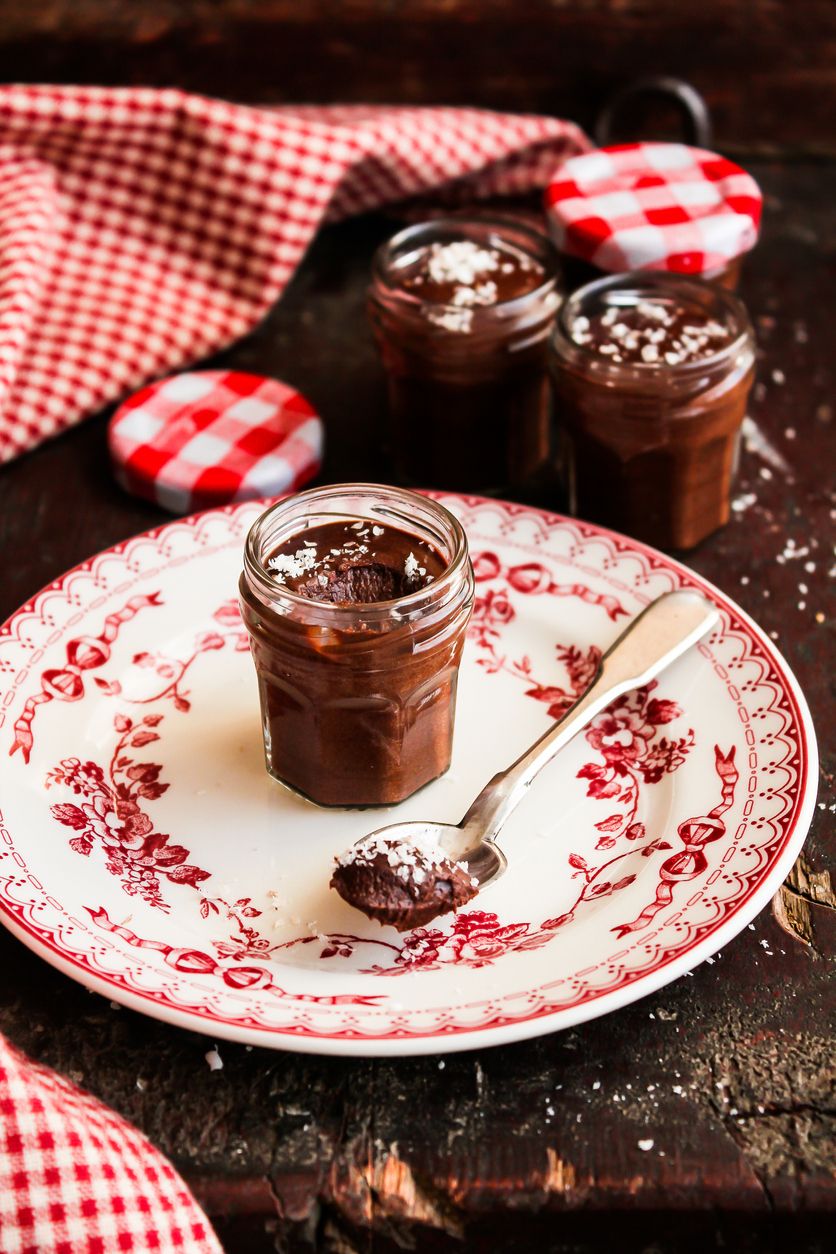 How to make edibles using box mixes including cake, jello and pudding

It only takes one minor adjustment to make each of these ready to make boxed mixes into cannabis-infused delights....