Naan bread is the ideal flatbread recipe because it is so simple, which makes it easy to play with the spices and additions to add flavor. This Indian style flatbread is soft, fluffy, and just the right amount of absorbent, which is a huge part of what makes it so incredibly versatile. It’s also one of the easiest yeast breads you’ll ever make because it’s one of the few that won’t be thrown off by a slight offset in ingredients.

What is naan bread?

Naan bread is a part of the flatbread family. This particular bread hails from an entirely different part of the world, and it uses ingredients that are unique to the region. Naan bread is a traditional dish from India that’s also cooked differently. It includes yogurt and eggs to get the texture and flavor just right, along with a hint of olive oil, a dash of salt, and a few other staple dry ingredients to make them fluffy and light.

Like pita bread, naan bread can be used for quite a few different things. It can be served warmed or cold with a side of your favourite dip, and it makes the perfect wrap for almost any kind of sandwich you can dream up. A favorite way to make them is into mini pizzas so that everyone can choose their own toppings, and they also go well with a hot side of soup. Naan bread really is great just about anywhere you’d use any other type of bread in the kitchen.

A simple, from scratch naan recipe

This naan recipe is simple, and it can be made using no more than 8 simple ingredients, but if you want to spice things up a bit, you can also add things like onions, cinnamon, or other flavorful additions for a unique change. But we promise it’s just as wonderful all on its own, as long as you have some kind of sauce, dip or topping to put with it.

Naan bread should always be completely cooled before it’s stored away in an airtight container, and it will last for an average of 2 days at room temperature, or 5 if it’s kept in the fridge. Naan can also be frozen, but if you opt for this method of storage, it’s important to remember that they will need to be thawed before they can be eaten, or they’ll be as hard as rocks! 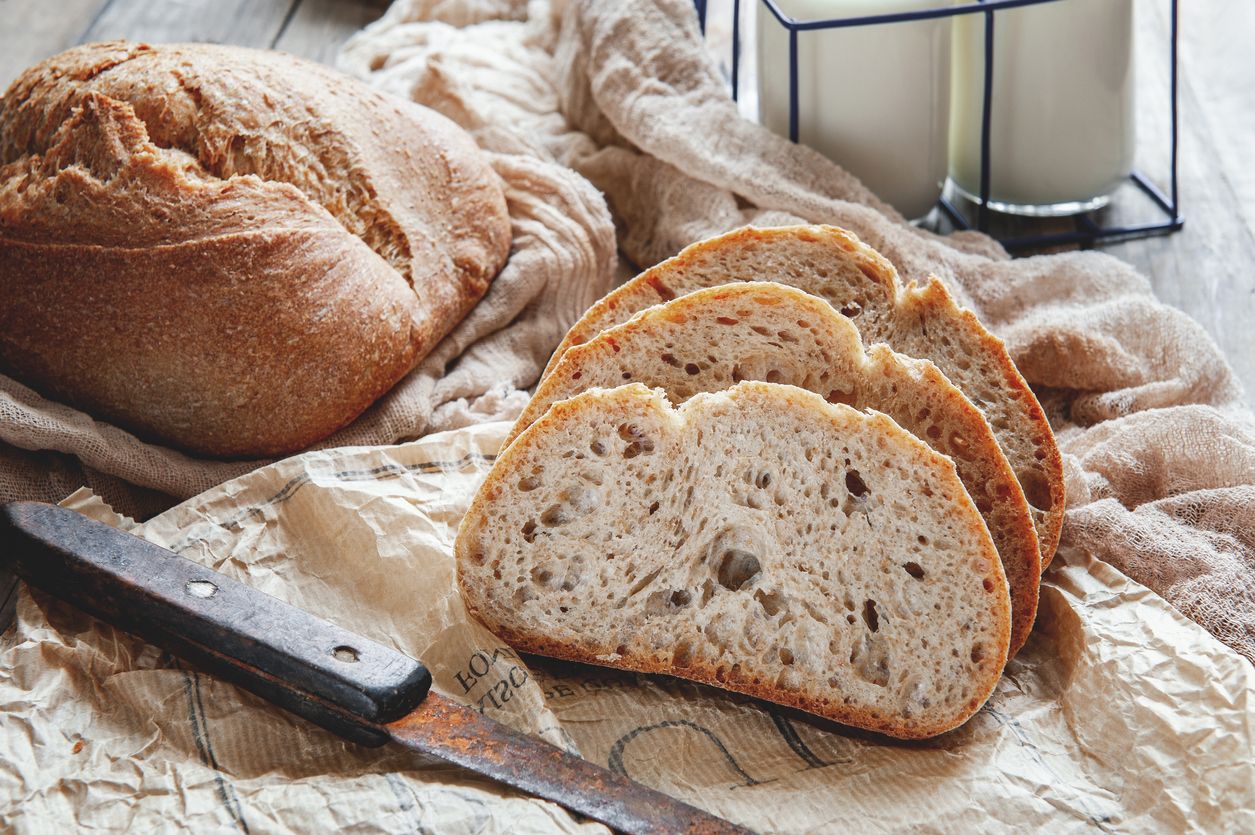 Plain old sourdough is fantastic, but here we like to take bread recipes to the next level by adding the power of cannabinoids to the mix....