Legalization happening on what is nearly a global scale is a historical milestone that many of us weren’t sure we’d ever get to see in our lifetime, and yet now that it’s here, a lot of us are questioning the future. Advocates for decades fought for equality, equal access, and to reverse the demonization of the cannabis plant, but now that we’re being told to celebrate this victory, the results are bittersweet.

What many of us have come to realize is that legalization isn’t anywhere near the promised land that we had all dreamt of, and that it’s more like a unique form of prison, control, and torture that simply benefits governments rather than our local drug dealers. As it turns out, most of us didn’t want legalization at all, what we were seeking goes by a different label, and it is decriminalization.

Decriminalization is the idea that so many of us envisioned as we pushed for legalization, and the system would vaguely resemble what we currently have in place today, only instead of intense and overbearing regulations and restrictions, the cannabis industry would be a free and open market that could function without interference and political opinion.

If cannabis were to be decriminalized, we all would be able to have as much of it on us as we like, we could also sell some of those delicious edibles that were whipped up last week and eventually turn it into a business, and we could cultivate as many cannabis plants as we felt needed, rather than anxiously hovering over every single crop, in hopes of getting each one out in time before running out of the last.

Decriminalization would mean that there wouldn’t be any sort of penalties for selling weed without a license, and it would also make it so that regular everyday consumers who truly know what cannabis is all about could partake in the industry on a more comfortable level without oversight from federal or provincial leaders, or arbitrary limits of what we can and cannot buy and who we have to purchase it from.

Why we need to decriminalize cannabis

Politicians have already made their argument for legalization, which seems to be heavily impeded by the sheer amount of tax money that can be raked in each year from the backs of cannabis consumers, but today we’re going to focus on the real thoughts and views that are circulating among true lifelong cannabis enthusiasts who know that decriminalization means true freedom in every sense of the word.

1. Individuals are still being locked up over the sale of a simple non-toxic plant

Cannabis plants are entirely non-toxic, and this has been proven time and time again over the years by various experts in the field. It isn’t addictive like most other recreational substances, it’s easier on the body than many over the counter medicines, and it’s virtually impossible to overdose on, and yet we still treat black-market vendors who face barriers placed there by the government, like criminals for making a few dollars in exchange for their hard work. restraining

In both the US and Canada, there remain thousands of cannabis users and pre-prohibition dealers who have yet to be cleared of their charges based on technicalities, and political preferences. Some of them are from before legalization took hold, but just as many were put there recently for non-violent crimes involving a completely harmless plant, and this needs to change.

If you can trade poisonous animals and plant species like they are coins with no repercussions, while still risking getting locked up because you wanted to spread some cannabis seeds across your privately owned property, then any argument that could be had against decriminalization goes straight out the window, because there is simply no logic or science that makes this arbitrary limit ok.

2. The legal market aims to drive up the cost of cannabis

Some might argue that the cannabis industry has made leaps and bounds as far as the average cost of cannabis, but that shift isn’t out of the goodness of their hearts, it’s a move that’s been made out of pure necessity. When you price customers right out of the store, then they have no choice but to turn to the black market for what they need, and the lackluster response from the public, once they found out what the true cost of these legal goods would be, was the motivator for a slight price reduction.

Most businesses are out there to make money, and if you take a look at the cannabis industry, you’ll see some of the greediest corporate faces that make up the many chains that have quickly spread across the entire world. These people don’t use cannabis, don’t know it, and many have little to no compassion for regular everyday people who depend on the effects of the plant products to get by, they only want a solid bottom line to rest on, at the expense of those who fought for legalization in the first place.

3. Taxes on cannabis are far too high

Depending on the region, cannabis taxes can range anywhere from 8% to an astounding 20% and that is a huge markup on an already expensive product thanks to corporate greed. For some, this is merely a small amount to pay for what is so fondly referred to as perfection, but for most, this additional fee is something that prices them right out of the market.

The same thing holds true for both recreational and medicinal consumers, which leaves thousands of patients short on their life-saving medicine each and every month, and even more wondering how they’ll be able to afford their next mild dose of relaxation. It’s unfair, ridiculously inflated, and you’re getting virtually nothing in exchange for paying higher costs, which makes it less appealing for all cannabis users.

4. Arbitrary restrictions in place now do not accommodate seasoned consumers

We’ve touched on some of the problems with current limits on growing cannabis plants, as those who use higher concentrated cannabis products know that 4 plants certainly don’t go far, but in this case, we’re talking about the limits that are set by the federal government for cannabinoid maximums. Many of which, are so incredibly low, that an experienced consumer could easily require 10 or more edibles to feel any kind of an effect, and that just isn’t effective nor impressive for users of any sort.

5. Those who want to invest in marijuana fear political logistics

Legalization was supposed to help to establish a good, reliable, and transparent cannabis industry, but the reality is that now that our government is involved in the decision making, it’s becoming a challenging territory to navigate for anyone who wants to invest in marijuana. Some companies invested millions of dollars into branding and getting ahead of the game with labels and product production, only to be told that they had to start from scratch after the government dragged their feet in regard to the arbitrary limits.

This makes cannabis one of the most volatile and unpredictable legal businesses in the entire world today, and it’s turning off anyone who might want to invest in marijuana, artificially slowing the growth of what should already be a robust and happening industry. Though it might not be in everyone’s best interest to bring forward decriminalization, for consumers, the difference would be life changing. 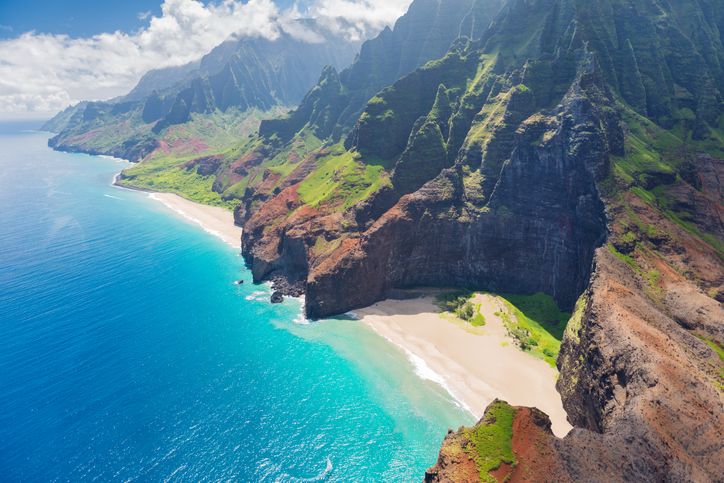 Hawaii became the 26th state in America to decriminalize the possession of a small amount of cannabis....