The list of 2020 candidates running for the coveted position of President of the United States has dwindled. However, some of those remaining candidates have strong opinions and oppose federal marijuana legalization. Currently, since 1971 in the USA, marijuana has fallen into the Schedule I drug classification. This classification puts Cannabis as having no accepted medical use. While cannabis remains in this category, funding for research is not available.

The drug, chemical or substance, as defined by the federal government, has no approved medical use along with the high potential to be abused. This Schedule of drugs is the most dangerous drugs of all the drug schedules. These drugs, substances or chemicals have the potential for severe psychological or physical dependence. Included in this category are heroin and LSD.

Substances in this Schedule are known as having a high potential for abuse which may lead to physical or psychological dependence. Some examples of drugs in this category include Methadone, Oxycodone. Percocet and Fentanyl.

Generally, the federal government has taken a back-seat approach to enforcing federal marijuana laws in the states that have authorized marijuana for recreational or medical use.

However, this stand could be reversed at any time if a new administration is appointed. Some feel that this position has prompted candidates to endorse state-legal markets to be operational without fearing some form of punishment from the federal government.

Marijuana legalization, for a large number of the population, would allow them to safely and legally engage in smoking weed for recreational or medicinal use.  That voting sector is taking note of the candidates that are running for the head bosses job in 2020.

The 2020 candidates have split opinions on the legalization of marijuana. The views have been asunder. Some of the candidates are not opposed to the forward motion for enabling federally funded research on the cannabis plant for the benefit of medicinal properties within the plant. However, looking at positions of legalizing cannabis for recreational and federally legal consumption, the brakes are applied by some of the candidates. Some of the 2020 candidates still in the election, marijuana is categorized as a potential gateway drug.

However, of the candidates budding for the coveted position of President, he is open in divulging that he has tried cannabis. He does regret making the statement as he regrets that he was able to be quoted as having used marijuana. He does let us know that he speaks the truth and has to admit when asked.

Mr. Biden has decades of being employed in the legislative space. His career spans over decades and his opinion on more strict sentences for crimes that involve drugs, has been documented Mr. Biden put his name behind the 194-crime bill, which saw a massive increase in the number of Americans that are behind bars.

Mr. Biden is ok with the idea of moving the classification of cannabis to a Schedule II to enable much-needed research.

Mr. Trump sends mixed messages on yet another subject. His actions are unclear; he announced his 100 percent support for medical marijuana during his campaign. Although he shelved the plans for Israel to become a medical marijuana exporter for the United States, we are hoping this will open doors for federally legal marijuana. Then everyone can benefit from the tremendous benefits of cannabis.

Mr. Trump could be the greenest friendly of the 2020 candidates mentioned above. We will have to wait and see what happens. It is going to be something to watch and to pay close attention to, as the outcome will affect us Canadians as well. 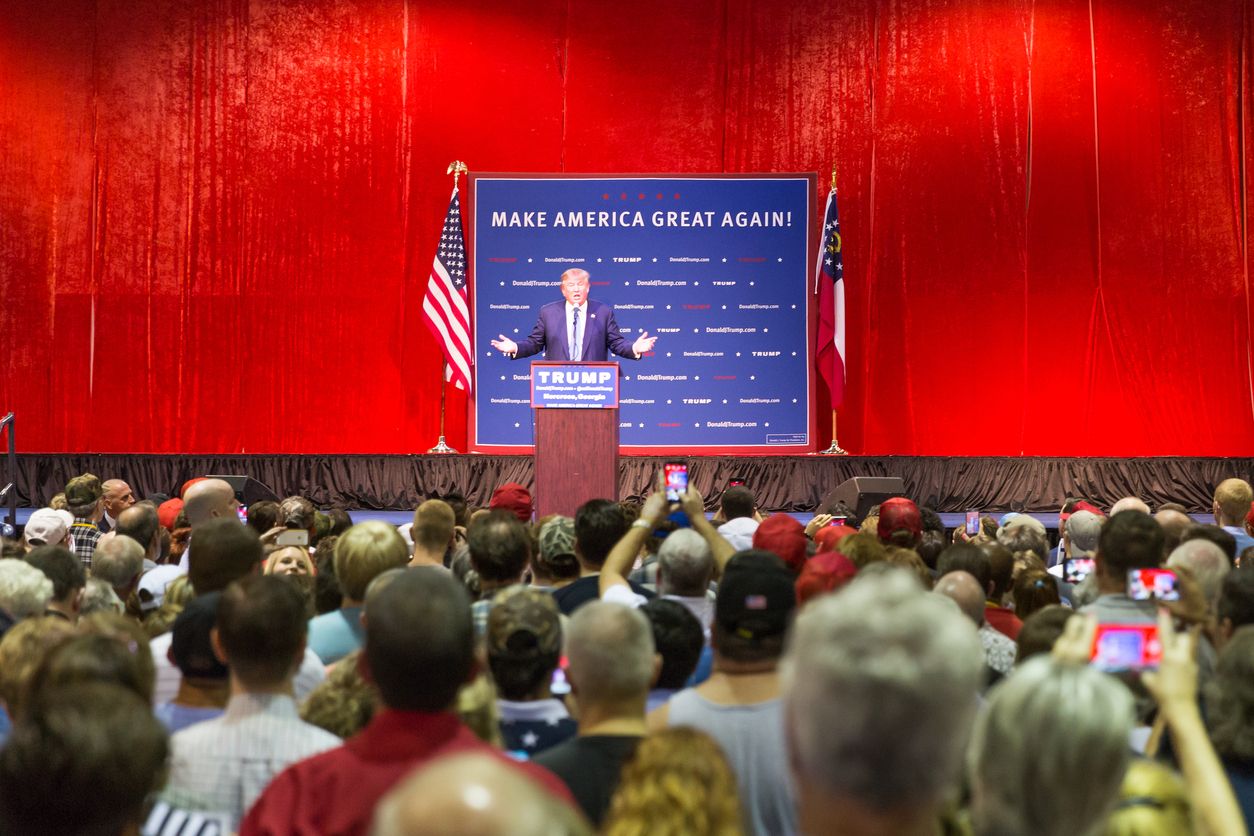 President Trump has made the headlines again, but this time it is related to marijuana laws....