SPRINGFIELD, Ill. — When lawmakers crafted the law legalizing marijuana in Illinois, they tried to make sure it would right what many see as past wrongs linked to the drug.

In addition to expunging hundreds of thousands of criminal records for marijuana arrests and convictions, the law’s architects added provisions meant to benefit communities that have been the most adversely affected by law enforcement’s efforts to combat the drug.

The so−called social equity provisions are expected to help black applicants, in particular, as blacks are nearly four times as likely as whites to be arrested for marijuana, the American Civil Liberties Union found. The law, which takes effect Jan. 1, also established ways for qualified applicants to pay lower licensing fees and get business loans and technical assistance. And it earmarked part of marijuana sales revenue for neighbourhood development grants.

"On the surface, its tone and what it’s trying to do is ahead of any state that’s done this. They’re really setting off in the right way," said Kayvan Khalatbari, a board member of Minority Cannabis Business Association, which has composed model laws outlining social equity programs. He added that follow−through will be key: "We can’t just set this in motion and set it free."

Companies that apply for a license to sell marijuana will be judged on a 250−point scale, and those that qualify as social equity applicants will get a 50−point bump.

There are three ways to qualify. First, the organization applying must be majority−owned by a person who has lived at least five of the past 10 years in an impoverished area where there have been higher−than−average numbers of marijuana arrests. Second, the majority owner or an immediate family member must have an arrest or conviction of a marijuana offence eligible for expungement. Finally, for a company with at least 10 employees, more than half must qualify in one of the first two ways.

Illinois is the 11th state to legalize recreational marijuana. Cannabis sales could generate $250 million for the state by 2022 and $375 million in 2024, according to the state Revenue Department. Campaigning on legalization last year, Democratic Gov. J.B. Pritzker predicted the industry could eventually bring in up to $1 billion in annual revenue.

Other states that legalized pot established equity programs, but none has distinguished itself yet. Massachusetts has one, but all but two of its 184 licenses to sell pot were issued to white operators. California created a $10 million fund to go toward helping social equity applicants finance marijuana startups, but critics derided the amount as paltry.

The legalization ballot question that Michigan voters approved last fall requires the state to "positively impact" damage done by anti−marijuana law enforcement, but such vague parameters leave a lot to bureaucratic interpretation, though officials announced in July that dispensary−operator licenses would cost up to 60% less for qualified equity applicants.

No one knows how many Illinois applicants will pursue social equity licenses. There was no intention to set a quota, said state Rep. Kelly Cassidy, one of two Chicago Democrats who led efforts to write Illinois’ law. But after May 1, when licenses from the first pool of equity applicants will be awarded, licensing will pause to allow for an independent review of social equity participation.

Anton Seals Jr. plans to be a social equity applicant. The co−founder of the non−profit Grow Greater Englewood attempts to turn the Chicago neighbourhood’s abandoned lots into urban farms. He plans to apply for his company OURS, for Organic Urban Revitalization Solutions.

"It makes total sense for those of us, in particular, who have been doing work in the community to transform and to revive and restore spaces that have been impacted by poor public policy," Seals said. "Groups like mine ... should have a really fair shot to get into this industry, to compete."

Critical are low−interest loans from what proponents estimate will be a $30 million fund to jump−start social equity operations. What held back underserved applicants in other states is that they "didn’t have the capital and they didn’t have the acumen," said Khalatbari, of the Minority Cannabis Business Association.

The money will come from medical cannabis operators, which, because they’re established, get the first crack at the recreational licenses being awarded this fall. It’s not cheap. A dispensing−outlet license requires a contribution of up to $100,000 to the loan fund, based on recent sales. A cultivator pays up to $750,000.

Some are skeptical it will be enough. Willie "J.R." Fleming, director of the Chicago Anti−Eviction Campaign and a hopeful social−equity applicant, helped organize the non−profit Hemp in the Hood to ask established marijuana companies "to share their wealth."

"Not always in cash, but in resources," Fleming said, suggesting they share lawyers, accountants, security consultants and more with equity applicants because they got a jump on the market — and because, Fleming adds, they don’t want to be on the wrong side of minority empowerment.

The Rev. Ira Acree, who ministers in Chicago’s large west−side neighbourhood of Austin, is unconvinced about the social equity provision, calling it a way "to give cover to the government."

"It’s not workable. People’s lives have been destroyed. Financial records are non−existent," Acree said. "People who have the ability or the interest from our community can’t compete with the big boys who have accountants and attorneys and A−1 credit. They don’t have the resources or the credit or the connections." 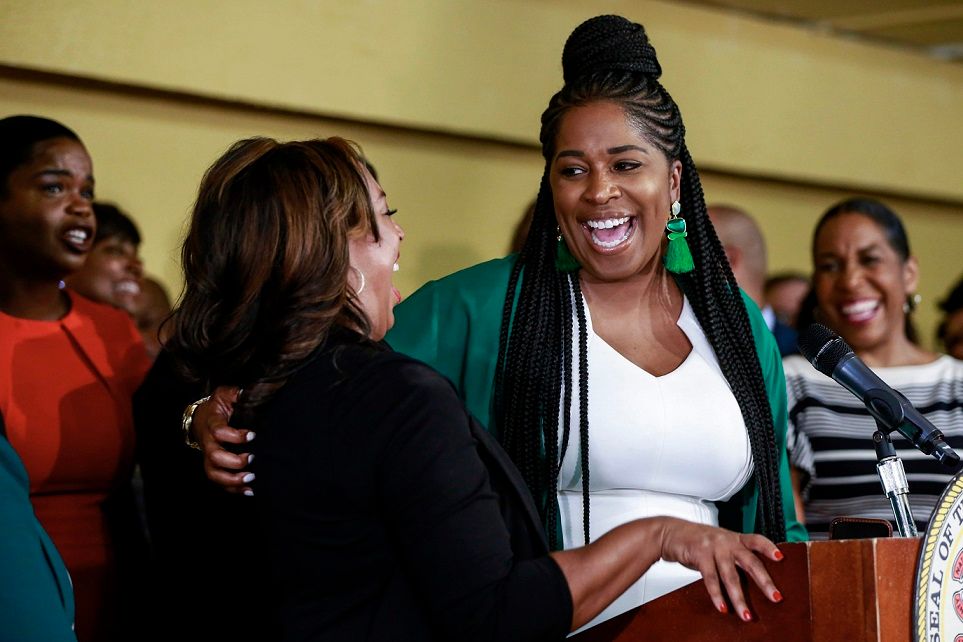 800,000 eligible to clear their record in Illinois legal pot

For decades, getting caught with a small amount of marijuana could put Illinois residents in jail for up to six months and perhaps worse....