How the LA black market explosion could have been avoided

The black market for cannabis has continuously flourished, and though the media tends to highlight the drawbacks of the industry for consumers and tax collectors, it is rare that we hear about the numerous struggles that plague the vendors who rely on this side of the industry to make a living. The term black market is intended to sound dark and devious, but the reality is that many of these individuals would love to join the legal side of things, they just can’t because of government regulations.

On Sunday, May 17th there was a large explosion in downtown LA that injured a total of 12 firefighters who bravely fought the flames that raged. Four of those firefighters were rushed into an intensive care burnt unit, and two were placed on ventilators. The LA fire took place at an area that is fondly referred to as bong row, where cannabis stores and warehouses can be found on every corner, inside of a one-story building filled with both workers.

Though the cause is still unproven, first responders point towards several empty butane canisters that were found at the scene as the most probable reason for the explosion and the fire that led up to it. The warehouse, which is operated by SmokeTokes, is believed to be the processing facility for BHO, a cannabis concentrate that is created by washing flowers in highly flammable butane to produce a liquid and condensed pot product that is typically smoked.

Why did it happen?

Right now, no one can say for certain other than the individuals who were involved with the incident, as investigations have turned up very little in the way of evidence, but when it comes to making BHO, it is no secret that it is dangerous, as it requires a highly flammable fuel that only takes one small spark to go horribly wrong. This information, along with several butane canisters that were hauled out to the road by employees of the unlicensed SmokeTokes location is enough to lead us to believe it was the processing of BHO that caused it.

On the other hand, we produce millions of consumer products of all kinds every single year that come with some elements of danger such as working with extreme temperatures or explosives, and it is very rare that we hear of these occurrences in regulated industries. So why is that, and was the LA fire an entirely preventable situation, or something determined by sheer chance? There are a few different ways that you can look at this unfortunate event, but each one brings us back to the same conclusion.

How could it have been prevented?

The LA fire was a devastating situation that could have claimed even more lives and caused much more extensive damage had the first responders taken any longer to show up at the scene, but there are a couple of things here that went wrong, and they both could have been prevented with appropriate regulation and licensing.

The first thing is the cause for the massive explosion, as there were numerous butane tanks on site, and absolutely no official tags to indicate that on the outside of the building. This small difference would have meant an entirely different approach to the situation, which in most cases results in fewer injuries, deaths, and damage. The reason this tag wasn’t obviously posted to inform the firefighters of the hazard is that the facility is unlicensed and was attempting to operate under the radar of local authorities.

Now, at first, you might hear unlicensed and think all sorts of terrible things, after all these types of establishments were found to be in connection with the mysterious vaping illness, and they’ve had their fair share in taxes, which receives little to no sympathy from the general public. However, it is important that you take a moment to ask yourself what you would do.

If it meant doing something that you truly believe in, while making a decent living in this dog eat dog world was technically breaking the law, would you make that sacrifice? Cannabis industry advocates and consumers have been forced to break the law for years in order to obtain a safe and natural recreational drug and medicine. This is not new territory for those who lived and toked pre-prohibition, but it’s a struggle that has cost thousands of lives and it’s time that we did something to change that.

SmokeTokes and many other BHO processors in LA are unable to receive approval to conduct business. It is believed that the lack of safety of making the product and the possibility of residue are the key reasons for this decision, but to date, there is no way for any business owner to obtain a license for making BHO. Now normally with a new product, that wouldn’t be an issue, as it wouldn’t make it to market, and the people wouldn’t know what they were missing, but many cannabis consumers love BHO.

The demand for it and the sheer amount of large scale competition within the legal cannabis product industry are two things that keep potential players like SmokeTokes on the black market, where they are forced to work in spaces that are not suitable or safe for the process of making BHO. Much like how alcohol prohibition did nothing to ease the number of recreational drinkers, the banning of a popular product like BHO does nothing but force it underground.

The benefits of licensing and oversight

We already know about some of the drawbacks of regulation and legalization of products like those that are derived from cannabis, as it can increase cost, and limit available options, two things that no consumer likes. However, we rarely talk about how regulation helps to do things like improving the quality of the products we use and increasing the safety of the workers who put their lives at risk to make it.

The reason that most of these fires start like the one that caused the explosion in LA is that something isn’t handled or vented properly. It could be something as simple as an employee walking into a room with a lit cigarette, or more complicated like an unsuspected leaking butane tank, because these things tend to be overlooked when no one is ensuring that the most rigorous safety standards are being followed. A difficult task with a completely legal crew, nevermind one that is working under the radar.

There is a safe way to make BHO, but it takes investment, time, energy, and laws in place to allow that to happen. We can make and design facilities that can withstand the worst-case situations to keep workers safer, and if we were to do that, cannabis consumers could also have more confidence in regard to what they’re putting into their bodies. That’s right! We could prevent disasters like these, and many others from happening to both workers and consumers, if those who want to run this side of the industry could get properly licensed. 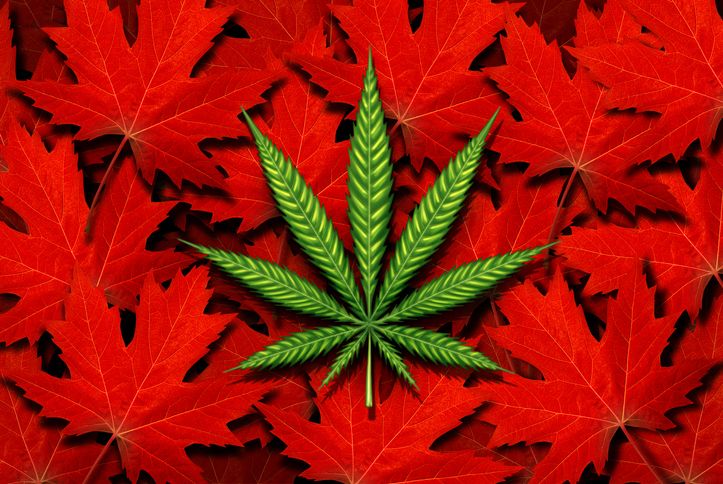 Legalization 2.0 may not be enough to boost the Canadian pot industry

It’s all come crashing down just as quickly as it began for a couple of different reasons....