Health Canada is cracking down on the black market

Licensed retailers are in a heated battle against the black market full of illegal weed at low prices, with zero guarantees or taxes paid. At a time when they’re already struggling to keep the lights on as overhead costs including licensing rise, and taxes eat into revenues, most playing it by the books are scared, frustrated, and burnt out, and rightfully so!

Removing illegal cannabis from the picture completely could save hundreds of dispensaries and producers from going under financially, buying them more time to negotiate changes with the government to improve the situation even further which is why calls for better enforcement are mounting, and it seems like Health Canada has been listening.

In April of this year, the Federal government's regulator Health Canada revealed that just under 500 referrals were made by the agency in 2 year period leading up to an inquiry about the absence of this data in the last compliance and enforcement report. It also said the referrals generally consisted of illegal retailers, with some in physical locations, buying, selling, and distributing cannabis without a license.

Are the black market operators ever named?

The person(s), organization, or company name is never revealed to the public. However, the police are following up on these leads, and though 500 (or 484 to be exact) might not seem like a lot in the grand scheme of things, it’s more than 8x the number disclosed in the 2018-2019 report, which means that Health Canada is taking bigger steps to shut down the bustling illegal cannabis marketplace in this country.

Each of these cases was sent to the RCMP for investigation, and though unfortunately, there is no way to break them down in terms of successful shutdowns and charges laid, it is fair to say that at least some of the anonymous participants are no longer operating in competition with the legal market, and that’s a good thing.

No clear answers - More than 3,000 charges by RCMP

A spokesperson for Health Canada said the agency could not confirm the number of files investigated by the RCMP pertaining to cannabis. However, the RCMP had confirmed that it filed more than 3,000 charges in the 2020-2021 fiscal year. What they wouldn’t reveal is how many of those might have an association with licensed cannabis companies. Still, these numbers mean good news for retailers and producers who are barely surviving in this turbulent industry.

Black market cannabis is a threat to public health

Illicit cannabis is still thriving despite the actions taken by the government, regulators and law enforcement agencies, but this battle will continue because it’s an important one. Regulation provides consumers with the benefit of testing, precise dosing, and safe ingredients, whereas black market products are more often than not, responsible for making users sick from either taking too much THC or dangerous ingredients that may have an adverse impact on public health.

What we have now isn’t a perfect system, and there’s still a long way to go before we see the fall of illicit cannabis, but it’s not due to a lack of effort on behalf of law enforcement agencies or regulators. 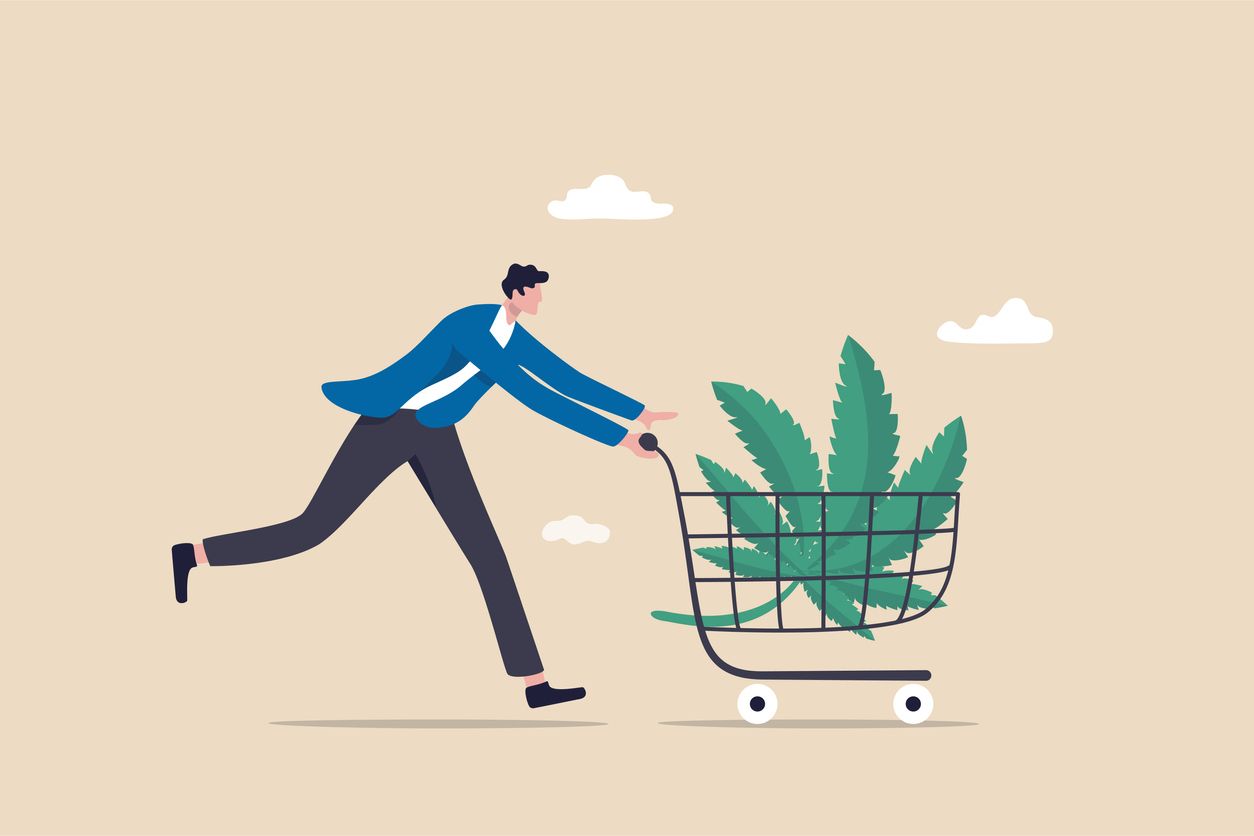 Now that so many of us have safe access to legal products, it’s important for consumers to make the switch....