Are Canadians ready to legalize more than just cannabis?

We’ve had more than 2 years of legal weed in Canada, and it’s been an incredible ride full of ups and downs and unexpected turns, but for the most part, people here have genuinely accepted this new industry with open arms. Society is acknowledging the vast list of benefits that it can offer for both recreational and medicinal users, and the additional tax revenue, job opportunities, real estate development seems to be enough to quell the concerns of those who were hesitant.

Of course, there are still a few lone souls in the land of the free who choose to speak out against legalization, as if a lucrative adult industry could reign down an impending doom, but they’ll always exist no matter how far we get. Their numbers will shrink over time as the general taboo surrounding cannabis fades, replaced by facts and scientific data; they won’t disappear. Still, despite these quiet voices of protest, the majority of Canadians are on board and it shows.

Hundreds of brand-new dispensaries are going up across the country with each passing year, and Canadians are spending millions of dollars to support this industry. Thirst for hot, new product offerings is only growing, and innovators are hard at work to keep up. Things are going pretty well, aside from a few small bumps and regulatory bruises along the way. Spirits are up, sparking a conversation surrounding the possibility of adding more hallucinogenic drugs to the legal market.

One of the hottest hallucinogenic drugs to get national attention recently is psilocybin, an element that is harvested from various species of psilocybe cubensis aka magic mushrooms. So far, Canada has made significant progress by loosening restrictions surrounding who can qualify to legally use the drug, making it so that terminal and psychologically ill patients can have access to it as a medicinal treatment, much like what we first saw happen with cannabis.

It might sound a little far-fetched, especially after growing up being told that these types of drugs are and should continue to be criminal and noting how few people actually use them, but the reality is that support can come from those who have no personal interest in trying it. More than half of all Canadians have yet to ever try cannabis, while some surveys suggest that an impressive 70%+ support legalization.

Still, cannabis is a far cry from more intense hallucinogenic drugs like psilocybin or LSD, lending to the low level of support behind the general blanket decriminalization of all substances. According to one survey from 2020, only 34% of Canadians said they’d be in favour of decriminalizing all drugs, with opinions on some a bit better than others.

Opinions are generation based

These numbers might paint a bleak picture in regard to the possibility of this kind of new-aged acceptance of experimentation with all drugs, the reality is that they will shift greatly as time drones on, because right now it’s the 55 and over group that sits most against the idea, with only 5% in favour. 12% of those ages 35-54 support the legalization of all hallucinogenic drugs, and the youngest group of potential consumers aged 18-34 have the most positive perspective on the subject with 24% in favour of legal reform. 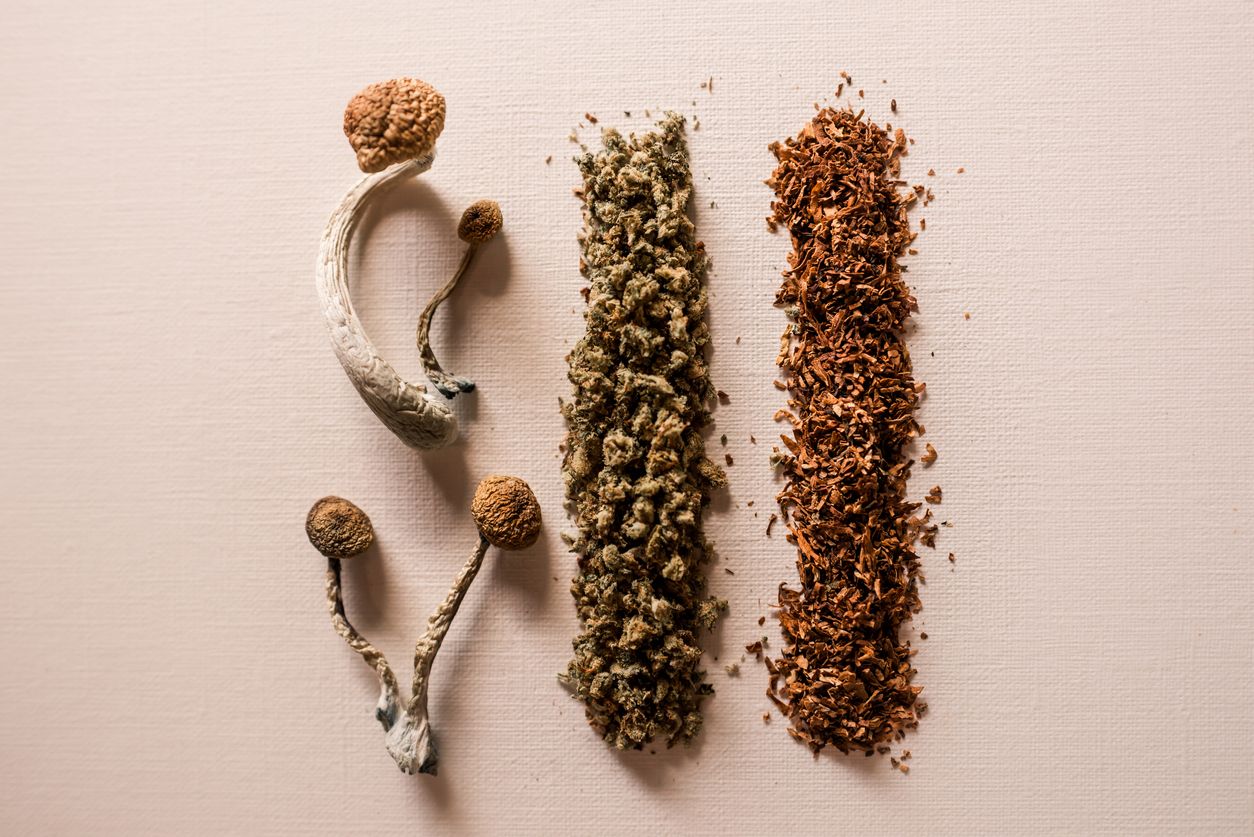 Mixing cannabis with psilocybin for recreational and medicinal needs

As we are given more options for legal substances, we must also understand the potential risks that can go along with mixing them for various purposes....