For many, the mere presence of cannabis stores is enough to blow minds, and it makes sense. After all, most of those who are of legal age to consume grew up at a time when the plant was still highly vilified through mountains of propaganda and the so-called Reefer Madness era. It’s not uncommon to hear those who are against this shift use children as a reason for their dismay.

“What about the children?” “Who will protect them from the dangers of the devil's lettuce?” These are emotional responses triggered by decades of misinformation, and we know that even some who are cannabis-friendly will take a similar stance against the rise of other drugs, but we want you to hear us out for a minute while considering all of the reasons it may be important for us to see this transition through to the end.

Psilocybin has already made its way into mainstream medicine, especially in Canada, where patients may access this hallucinogen in order to cope with everything from pain and depression to mental health and physical degradation, and it works! Many have shown to experience an improved quality of life thanks to magic mushrooms, and it’s not the only drug on the radar of scientists and experts who are always on the search for a better way to treat patients. We’re now seeing research into LSD, among other hallucinogens, and the results are impossible to deny. Many psychedelics boast similar benefits, and as we uncover more of this truth, it’s inevitable we will eventually see them all in some form or another on the market.

Even now, with access to proof of the many benefits that can come from using psychedelics, people are seeking out these drugs through less than desirable means on the black market where they have no guarantees. What they’re buying now might not even be the specific drug they’re after, and they certainly aren’t going through rigorous testing to ensure that products are pure and not contaminated in some way. Then after folks pick up these underground “therapies”, they head to the comfort of their homes, often alone, with no one to oversee the process to ensure that they’re safe. As you can probably imagine, this isn’t an ideal scenario for anyone, and it’s one that can result in loss of life or, at the very least, an unnecessary danger for the person taking it.

We know that most of these nature-derived drugs are pretty safe, especially when they’re taken with help from a medical professional, and we also know they can provide a whole host of benefits that pharmaceuticals simply cannot, and still, we expect people to go without them because it’s the law. Does that make any sense to you? We did the same thing with cannabis, and there was no way for governments or officials to keep people from a treatment that might help. Even recreational consumers would search high and low for these products because they knew they were safer than the only other legal alternative, alcohol.

Whether you like it or not, or agree or not, it’s not going to change the fact that broader legalization or decriminalization is the only logical way forward.

It would act as a deterrent/alternative to dangerous drugs

Consumption sites are a relatively new practice of many governments, particularly in areas where drug use has reached epidemic proportions resulting in preventable deaths. These temporary facilities are set up and open to those who are consuming drugs that are likely to end in overdose or death, while we ignore those who want access to safer alternatives. The thing is that many of the people who use these sites wouldn’t be where they are today if they had access to safer alternatives. No one wakes up one day wanting to be a meth head or crack addict – it’s a movie made out of sheer desperation in combination with limited access to safer and more effective psychedelics.

This is a statement that’s familiar to cannabis enthusiasts, many of whom chanted these words while protesting the illegal status of the plant we know and love, so isn't it a bit hypocritical to take a different stance when it comes to other drugs we aren’t necessarily so comfortable around? As much as it might hurt to admit this, most would agree that governments aren’t the best people to hold this much power over the one thing we still truly own, our bodies, and it doesn’t matter if you’re talking about weed or some other drug.

It’s also important to acknowledge the fact that even if governments have the best intentions at heart, the people won’t always listen, and those who choose to go against the grain are punished, sometimes for life. This is an unfair sentence and cannabis enthusiasts who’ve struggled through the system know this all too well. You can tell people what to do all you want, but there’s no way to ensure that they listen, and ruining someone's life for seeking out a drug that might actually improve their overall quality of life, surely isn’t the way to go.

It’s hard to say for certain what this might look like because we’ve never seen it come to be, but we do have a basis to start from, thanks to drug consumption sites. These places have multiple staff on hand to handle any potentially dangerous situations, and they’re stocked with all of the necessary tools and medicines to make that a reality. Safety is a huge concern for many when it comes to any drug, and even though it’s rarely a concern with nature-derived psychedelics, this additional layer of protection could help to facilitate a safer experience which should alleviate the risks and fear for many.

It’s wonderful to have a safe place to live out psychedelic experiences, but that’s not all legalization of these drugs could do. Imagine if you could walk into a facility that’s fully stocked with every safe hallucinogen out there. That’s just one thing we could have if legal barriers were removed from the equation, and it’s an incredible benefit, especially when you consider humanity’s drive to try mind-altering substances. This might not be appealing for those who wouldn’t use it directly until you consider the number of friends and family members lost due to tainted and contaminated products each and every year.

Everybody wants to get high

As previously mentioned, it’s deeply ingrained in our genetics, the drive to get high. For eons, human beings have dabbled in nature-derived psychedelics and alcohol, and that’s not about to change anytime soon. Even the most distanced tribes in faraway places use substances for medicine, recreation, and spiritual connection, and if it were legal, more people could be honest about their craving to give certain drugs a try. They could also do so without fear of repercussions – the main driver that pushes many to utilize more dangerous alternatives.

We’ve talked about the vast amounts of new information being uncovered in the realm of psychedelics, but this is still a relatively new idea made easier by a shift in public perception, and we’re nowhere near the point of properly understanding all of the ups and downs that can come from consuming these drugs. To get there, we’re going to need to see, study, and evaluate real human beings who indulge in hallucinogens, so why not use those who are willing to sign up for a dose? We could go from zero understanding to uncovering new, exciting, and effective therapies and treatment options if only governments and the law weren’t standing in the way of this evolution.

The dangerous illusions would be proven wrong

The idea that this could somehow be more dangerous than the current system we have in place would dissolve completely once people had the chance to see a new way of doing things. Of course, intoxicated individuals might still be found in public spaces, and there is a slight risk when it comes to experimenting with anything new, including foods, but these issues would be far less of a threat than so many believe today. Once we see legal-aged adults partaking, benefiting, and doing so as safely as possible, it’ll be hard to deny how good this change could be for the people. 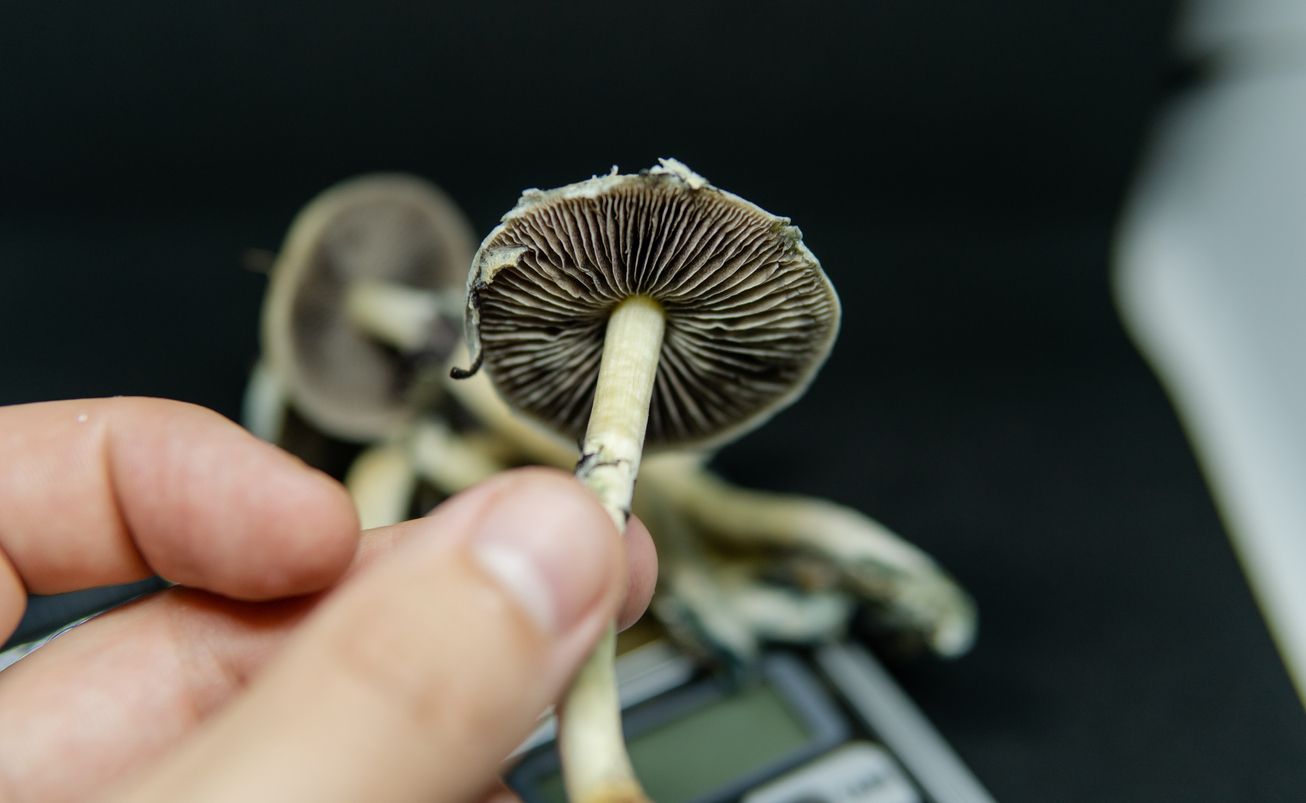 Psilocybin is the hallucinogenic element that is in all kinds of magic mushrooms....