Advocates often focus on a few limited medicinal qualities and recreational consumers when they’re pushing for change, but few realize how much deeper into society those benefits can go. Cannabis can feed the earth, line our pockets, and help to make us healthier, as long as we’re willing to make the necessary changes to fully embrace it.

1. A reduction in alcohol consumption

When weed is legal, alcohol consumption rates go down almost immediately, as people reach more frequently for the choice that doesn’t leave them unable to get out of bed the next morning. This means fewer cases of people drinking too much and a reduction in incidents of violence fueled by booze. It also translates to fewer people needing addiction treatment for alcohol, and that’s something to celebrate.

It seems like every market is saturated these days, full of people with plenty of experience in the fillable roles, but for those who crave something new and different, cannabis can be a perfect solution. From it comes numerous businesses, which means dozens of new jobs, all while leasing the consumer, which is fulfilling, especially if you’ve got an interest of your own at play.

It’s hard to quit smoking, but not impossible, and this journey can be made even easier with the help of cannabis. Both CBD and THC have proven to be beneficial when used as addiction treatment because it offers a distraction, soothing of the nerves, and it can really help to curb those cravings to light one up. If enough people make the switch, smoking tobacco could become obsolete, and with how unhealthy it is, that’d be a great thing.

We already know that cannabis has a soothing and sedating effect that is much more suited to binging on a bag of chips while streaming your favourite Netflix series than it is for a physical altercation. It makes us happy, relaxed, and in general much less likely to get angry enough to ever consider a real fight, and though we can’t say why for certain, legalization seems to have this humbling effect on the whole population.

Most consumers have little to no interest in how their precious cannabis products and derivatives make it onto dispensary shelves, but the process is quite magical. No, the soil left behind won’t sparkle and shine or glow, and it’s not going to look noticeably different, but cannabis plants work to clean it while they grow by sucking out impurities. Plus, they produce massive amounts of oxygen as they scrub the air that we breathe of CO2.

We maintain a pretty strict focus on the consumption of cannabis to induce wanted or needed effects, but cannabis or, more specifically, its cousin industrial hemp can work as an excellent alternative to many of the building materials we struggle to reproduce in a safe way that lasts today. Hemp brick and cement last longer, and this change alone could save us millions in upkeep on infrastructure, that is, once they are more affordable and widely available to the general public.

7. Be a more effective addiction treatment

Right now, we don’t have a whole lot of support for those who are trying to win in a race against addiction. Quitting anything takes a certain mindset, but sometimes it takes more than that to stay clean. Though we don’t have a lot of evidence on the subject, we have seen at least a few studies that concluded those who used cannabis instead of opioids and other pain killers were much less likely to relapse. Methadone often leads users in a continuous cycle, whereas cannabis could break it.

8. Alleviate our reliance on prescription medications

Our dependence on prescription medications can save lives, but it can also take them just as quickly. These things can induce a wide range of side effects including addiction, and it doesn’t stop there. Most prescription medications end up polluting our waterways and environment, even when they’re disposed of properly because they leech out from the wastewater. Our bodies absorb some of most medicines, but there will always be fallout that finds its way from our toilets to the rivers and lakes, something that isn’t a problem at all with cannabis.

We toss out tonnes of plastic waste each year, and it’s not often we pay attention to the issue because it’s taken away almost as quickly as we can bag it, but this mess is starting to pile up. We’ve got islands of trash in our oceans, landfills bigger than cities at capacity and beyond, and it’s time for us to get our act together before we’re buried under decades worth of plastics. Luckily, this is yet another thing that cannabis can help with, as the fibers turn into a type of plastic that is stronger while still more environmentally friendly than the stuff we use today.

Though we aren’t quite sure why it has this effect, as many experts were concerned about the possibility of legalizing increasing impaired driving rates, the opposite is happening. In regions with legal cannabis, impaired driving rates and accidents take a slight dip, which could be due to a change in consumption habits. Those who are giving up drinking at bars suddenly start toking at home, and it’s so much safer for everyone that way. 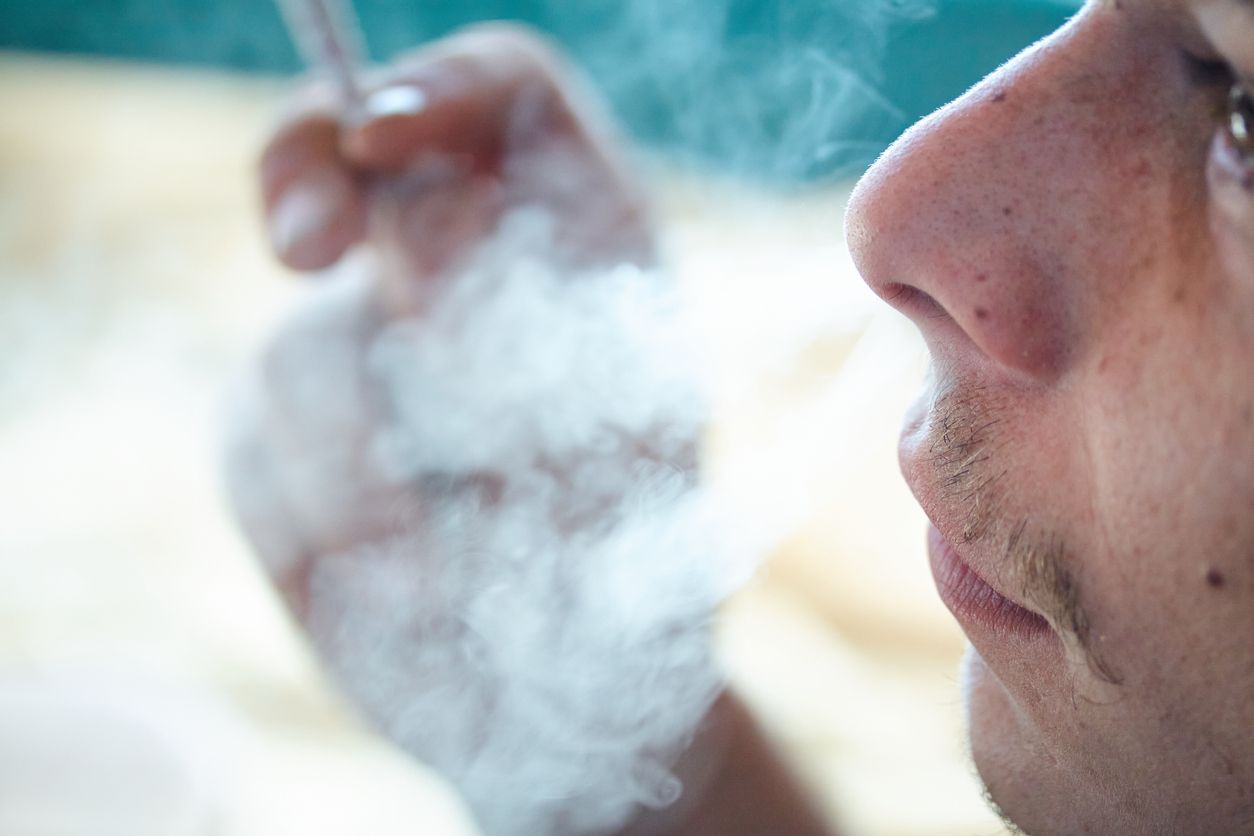 The many benefits of smoking a joint

There are many benefits to enjoying a joint or spliff over other methods of consumption, and here we’re going to talk about ten of them....