Should parents be concerned about THC candy this Halloween?

Halloween is nearly here, and the countdown begins for that one day each year that we can dress up and enjoy ourselves without fear of judgment. Most adults don’t necessarily partake in the celebrations, like trick-or-treating, or dances, but our kids will be out there soaking in the magic of the night, along with sweet treats by the pile, which means that parents everywhere are reminiscing about the worst and most memorable horror stories based on contaminated candy that somehow made it into a child’s bag in the past.

As parents with access to the internet, the majority of us have heard and seen it all from razor blades in chocolate bars, to needles in candy apples, and even poisoned candy, which is why the fear that is voiced around this time of year is so intense and genuine. We all want our kids to dress up and enjoy their own spook filled adventures just as we did, but we also want them to stay safe. The problem is that many of these scary stories are little more than fiction, which makes it difficult to decipher the difference between the two. That leaves so many parents with little choice but to revert in looking for anything and everything that looks out of place in their children’s Halloween stash, but do we really have to worry about adding marijuana edibles to the ever-growing list?

Here, we will talk a little bit about what THC edibles are, why this scenario is highly unlikely, and what to look for when the time comes to go through your child’s bag of candy. For those who remain deeply concerned about THC candies posing a potential risk or problem, we will also include a helpful list of signs and symptoms of accidental ingestion of edibles.

What is THC candy?

THC candy is marijuana-infused syrup that is exactly like normal sugary treats but with the addition of a special ingredient. This kind of edible can come in almost any form, from tiny hard lollipops to decadent chocolate brownies, but all of them are infused with some form of cannabis concentrate.

Tetrahydrocannabinol (THC) is the ingredient responsible for inducing the intense sense of euphoria that so many consumers seek, and the sensations can be intense and display themselves in a variety of different wants, depending on the consumer. The reason for the often-overwhelming effect is the higher concentrations of THC when compared to other methods of ingestion like smoking.

Is there reason to think that THC candy might be given to trick-or-treaters?

Marijuana legalization has made these kinds of goods more present, as it is now legal to make any kind of cannabis-infused product that you can think of, but that doesn’t necessarily mean that there is any additional risk for children. Most consumers are aware of how little this possibility really is, because they have had to pay to either buy or make THC candy, and so they know that it isn’t a cheap process.

If you were to look through the average bag of candy from any trick-or-treater, you would probably find a whole bunch of those really cheap candies. You know the ones like the suckers, rockets, caramels, candy corn, pop rocks, and other $2 per bag tasty treats. Most of us have fond memories of the generous house on the block that would hand out full-sized chocolate bars at the cost of around $1 per kid, as it was a rare occurrence and one that was treasured.

Now, compare those prices with the cost that is required for either making or buying premade edibles, and you might be in for a bit of sticker shock, especially if you have never shopped around for these kinds of goodies. If you were to visit your local dispensary, you would find that edibles of any type, boast starting prices of around $10 each. That is ten times the amount that those super friendly neighbors coughed up when we were kids, adding up to hundreds and sometimes even thousands of dollars for a small bucket full of cannabis-infused treats.

If that still doesn’t have you convinced that the probability of your child coming home on Halloween with marijuana edibles is slim to none, then it might be time to change your perspective of the average stoner. Most cannabis enthusiasts are regular everyday people just like you who have a moral compass, and no reason to want to sabotage such an exciting holiday for the neighborhood kids.

What to look out for in your kids Halloween candy

No matter what reasoning is provided, some parents will still worry, and that’s ok. It’s our job to show concern and to protect these little beings. To help put your mind at ease, we have put together a shortlist of what to look for when attempting to detect potential THC candies.

Side effects of accidental ingestion 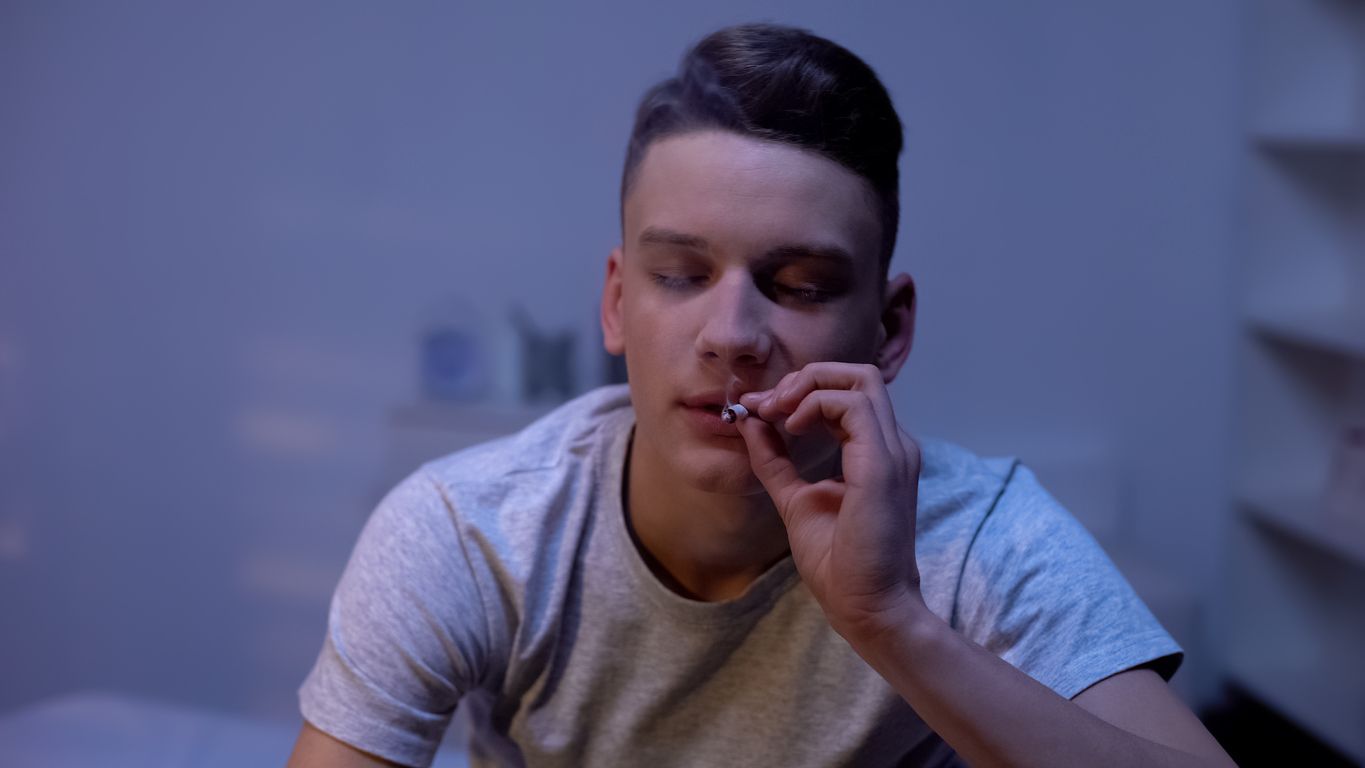 The protein has so far been linked to depression, stress, brain inflammation, and Alzheimer disease...