Religion and moral fears stand in the way of mass legalization

Countries are still struggling to implement legalization today. Is smoking weed a sin? If we look back at Christianity since the U.S. is deemed a Christian country, we can acknowledge the use of cannabis in religious ceremonies for centuries past, but still, somehow, the question arises, is smoking weed a sin? America is a country that has deep foundations in Christian morality and the resistance to legalizing cannabis is deeply rooted in Protestant Christian ideals.

Let’s take a look at some of the moral and religious components that are blocking the legalization of weed.

The idea of a perfect society with no vices was the driver behind Evangelical Protestantism. These morality ideas remained the cultural norms of society, a protestant desire that laid the path to an antagonistic relationship that continues to persist with cannabis today.

Marijuana easily became the bad guy, the symbol of immorality. Alcohol consumption too was widely consumed and the poster child for immorality. However, the newer substance weed was easier to point the finger at with fewer people using it. Cannabis soon became the symbol of counterculture, and it came to represent freedom from American morality and Christianity.

Religions celebrate in many different ways with some displaying celebratory inebriation; this is not seen as a vice but a celebration. Could Judaism be the reason for Israel being at the forefront of the medical weed movement? No morality or religion held back cannabis from seeing positive attributes instead of seeing sinfulness and danger. Evidence has been recorded of finding weed use in ancient Jewish shrines. Judaism's cannabis roots may go even further back than we know.

Weed use is not new in religious services

There are many religions where cannabis has been intrinsic for centuries. Taoist texts that date back to the fourth century have mentioned cannabis. The Hindu festival of Holi celebrates the time by drinking Bhang, an edible preparation of the cannabis plant. To bring God close to oneself, the Rastafarians use cannabis with hopes of fulfilling a sacrament.

Rev Al Sharp, the executive director of Clergy for a New Drug Policy, which advocates for reform of drug law, uses his voice to say: his beliefs lie in the clergy being more likely to support and even lobby for cannabis use as medical aid for its pain-relieving qualities. He sees the complication for religious leaders to promote weed religion as everyone has seen the devastation that drugs have caused in their communities.

The president of the Ethics and Religious Liberty Commission of the Southern Baptist Convention, Russell Moore, calls weed a mind-altering substance that is equal to drunkenness, which the Bible opposes. The Janes Memorial United Methodist Church senior pastor believes that weed religion is a social justice issue that should be of concern to everyone. According to Rev Holston, people of faith have always been involved in any of the social issues in America, and he believes wrongs need to be righted.

Cannabis has been and continues to be used in religious ceremonies as we speak. Do religion and morals really have the power or right to decide if cannabis becomes a federally legal drug when religious groups have used the herb and celebrated ceremonies with weed for centuries? 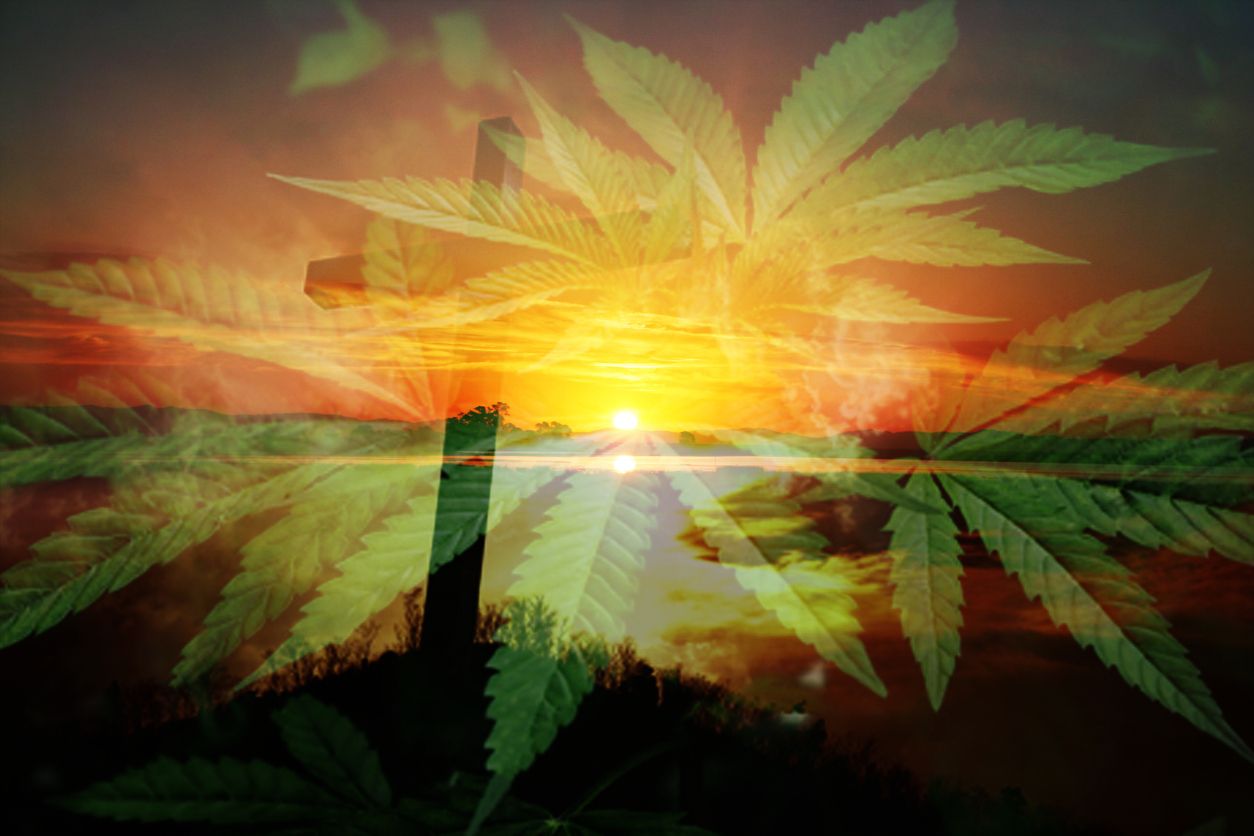 These religions shun the use of cannabis

Which of the world's religions believe that consuming weed is a haram, a sin, or simply not kosher?...