Old school stoner stereotypes have not been kind over the years, but certain groups and minorities experience the persistent stigma differently. One of the least talked about, and yet also one of the most impacted are parents, many of whom rely on the benefits of weed to get them through each week. Be it for medicinal or recreational purposes, moms and dads everywhere are keeping their cannabis use under wraps for fear of persecution from society.

Can a parent really function while high?

The argument that most anti-pot people will often throw at parents, is that they should never ever under any circumstances get high while acting as the primary caregiver of a child or children. It is a hilarious atrocity that needs to be revealed for what it truly is, a complete farce and double standard. One that has leaked from one decade into the next for nearly a century, leaving behind a massive chunk of the population who still believes this common misconception.

Though reaction time may be delayed, and certain risky activities might be best to avoid until sober, for the most part, cannabis toking parents are some of the best ones out there. Despite society’s constant reiteration of the presumption that stoners are lazy people who randomly fall asleep, space out, and just don’t do human very well, they can still do everything that anyone else could do, and sometimes even more thanks to the benefits of weed.

What’s most concerning about this perception is that the majority of society believes that drinking a few glasses of wine, or in some cases, an entire 24 while the kids are asleep, is entirely acceptable. It’s something that is even encouraged in the world of parenting with insinuations of bedtime being the cut off for needing to stay sober and alert.

To a cannabis enthusiast who has seen both sides of this situation, one where they have thoroughly enjoyed alcohol while losing control and comparing that experience with ones where they smoked too much weed, got a bad case of the munchies and passed out. It’s clear which one is most dangerous, so why does alcohol remain the most socially acceptable?

The benefits of mixing weed with parenting

Through all the propaganda, cannabis videos certainly haven't helped the image of consumers, and stoner stereotypes still live on with strength to this day, but the hope is that once more people will realize the potential benefits of weed that the views of society will change with the times. Towards a direction that is much more cannabis-friendly, while recognizing the problems that alcohol can create. Just a few of the amazing benefits that parents can gain from smoking pot include:

1. Motivation
Of course, there are some weed strains that will make you feel like you have become a piece of your couch, but there are just as many that can help to motivate consumers to keep them going through the good and the bad days.

2. Stress relief without losing control
Anyone who is a parent knows that it can be quite a stress-filled and anxiety-inducing endeavor and smoking a little weed can really help with that. More specifically, THC, which can soothe and relax no matter what kind of crazy situation might be headed your direction.

3. Increased quality of sleep
Frequent interruptions or a lack of sleep can severely impact a person’s quality of life, leading to a reduction in motivation, increased frustrations, and an overall unproductive person. Something that most parents can’t afford to be, despite losing an average of 100 hours of sleep per year, per child, that’s a whole tonne of rest, and while there is no way to get it all back, smoking a joint might be just enough to lull you off into dreamland, while remaining accessible and relatively easy to awake in case anything happens during the night.

4. Passing time
Some of the most daunting household chores and silly kids’ activities can feel like they drag on for hours if you aren’t in the mood, but with the addition of some weed, it’s easy to get lost in just about anything. It can help to make tasks like folding laundry, dusting, vacuuming, and pretty much anything else go by so much faster. So much, that while soothing you might find that you actually enjoy the never-ending cycle of clothes.

5. Increased appetite
A lot of parents focus on their kids’ meals as if life itself depends on it. Cutting out sugars and sweets as much as possible while packing those lunch boxes full of protein and high energy fruits. Unfortunately, we tend to neglect ourselves and get so caught up in everything that it’s easy to skip a meal altogether without even realizing it. Fuel is essential for energy, and if you find yourself skipping meals due to a lack of interest or appetite, well, marijuana can help with that too.

It's actually pretty amazing when you think about how effective of a tool cannabis can be for just about anyone, but it is especially true for parents who face criticism for the choice. 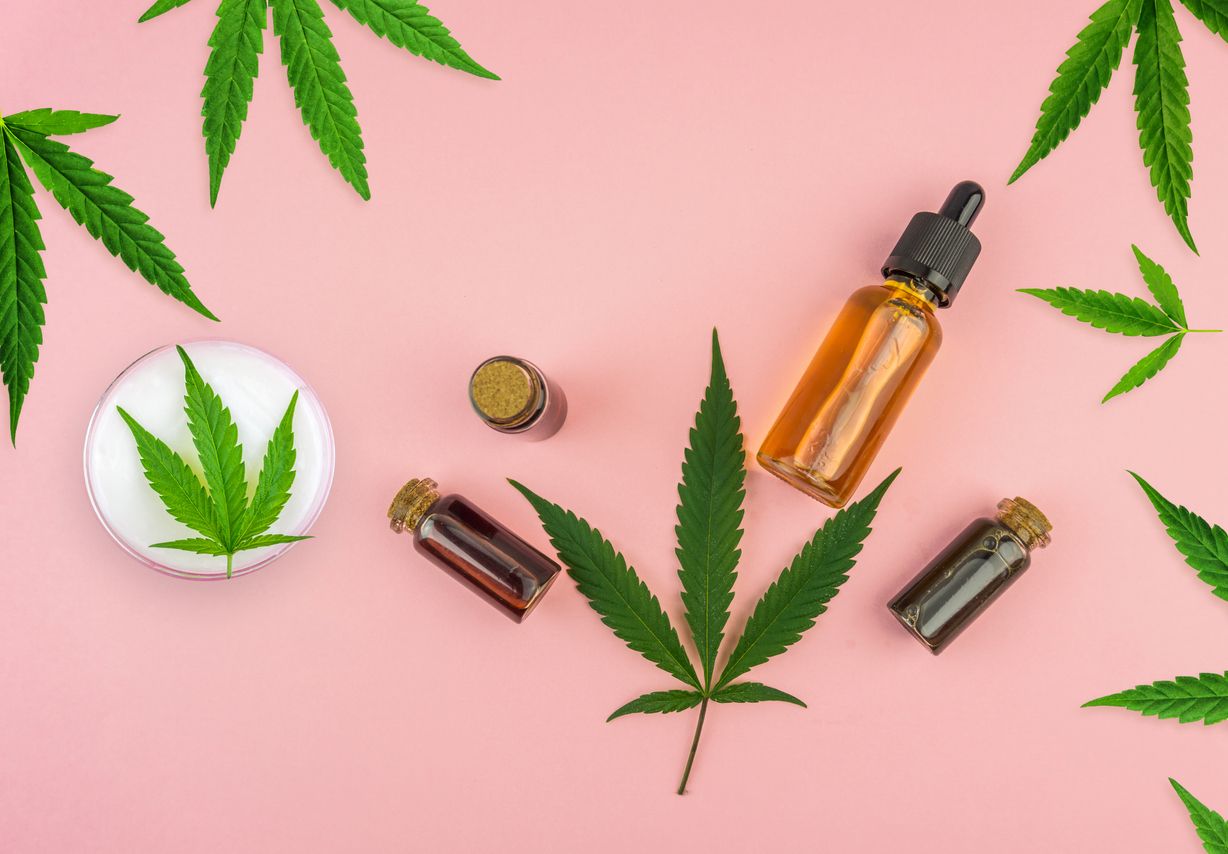 Should parents be concerned about using or storing CBD products in the home?

Here we will help to clear the air about some of the most common myths surrounding CBD products...