In the not-so-distant past, you would have been hard-pressed to find a single establishment that didn’t go the extra mile to accommodate cigarette smokers.

The way it used to be

It was nothing to get your nicotine fix on a train, and most restaurants would, at the very least, maintain a smokers’ section or room. Doctors smoked in hospitals while assessing patients, even the most deathly ill would spark up to pass the time. Grandparents and parents would think nothing of smoking a cigarette with children nearby or even right on their laps, and the idea of having to move several feet away from a business to get that fix would have been incredibly offensive.

Moving towards something better

Eventually, as we became more aware of the risks of secondhand tobacco smoke, we slowly phased out this way of life, beginning in health-focused facilities such as hospitals and care homes, and ending in what many believed would be the least likely place to see this shift, bars and private clubs.

Today it’s a much different story

These days, the opposite is true, as it’s practically impossible to find a business that will allow customers to smoke indoors mainly due to government restrictions intended to improve public health on a larger scale, and for the most part, people are perfectly okay with that, as the number of active smokers has steadily dwindled since the late ’80s. Still, most never would have guessed that tobacco would someday be replaced with cannabis, and yet here we are, reading big headlines that say things like “People in The United States Now Smoke More Weed Than Cigarettes.”

What an interesting time to live in.

According to a recent poll from Gallup, for the first time in history, cannabis consumption has surpassed that of tobacco. Of the surveyed adults in North America, approximately 16% say they currently smoke cannabis, while more than half admit to trying it at some point in their lives. When this inquiry was first put forward, only 4% of those polled admitted to trying it, signalling a massive leap towards a pro-cannabis perspective. 11% or so, still do smoke cigarettes, but this evolution is still seen as a big win by the cannabis-loving community, as it’s an indication that society is finally warming up to the plant it shunned for so long.

It is also important to note that many experts say these percentages likely only tell part of the story, as many people are still too nervous to openly admit to consuming cannabis products, no matter what kind they may be.

As we transition into this next awkward phase of cannabis acceptance, this trend is only going to explode, because people will eventually become more comfortable in their own skin, and with being transparent, and for many that will be the push they need to give this plant a shot for the very first time. Eventually, smoking cigarettes will become a thing of the past, replaced with a healthier, more productive, far more enjoyable alternative. 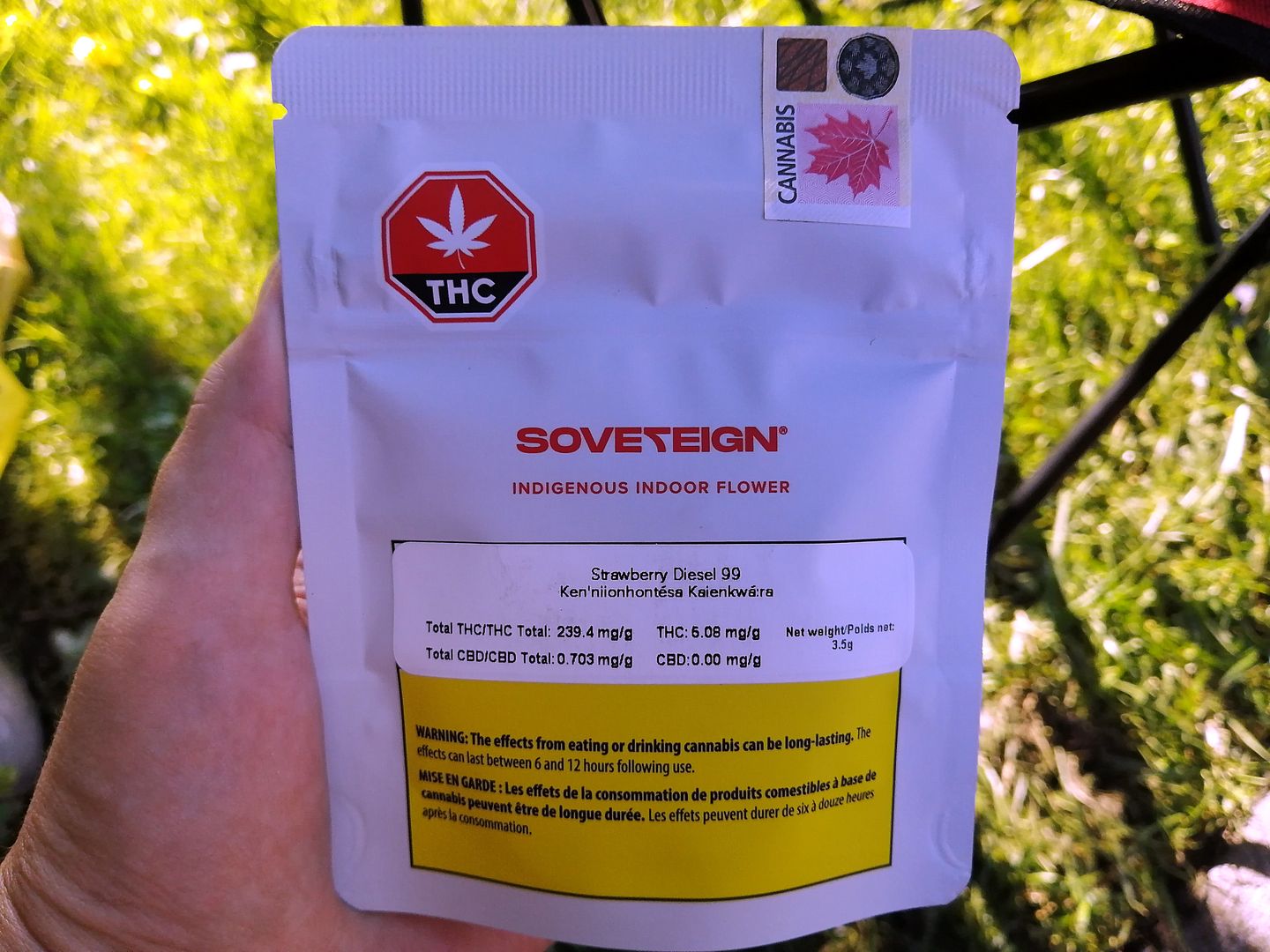 A review of Strawberry Diesel 99 indoor flower by SOVEREIGN

It’s an excellent choice for medical patients as well as those with a higher tolerance who are seeking a more elevated experience....