On the fence about cannabis? Here's 10 things to consider

Cannabis consumption is still a relatively taboo subject, despite its not legal status across much of the world. The last several generations have been exposed to decades of propaganda which hasn’t exactly painted marijuana use in any positive light. Many of the most widely believed myths surrounding smoking weed are entirely made up, and since there are very few reliable sources for information, It can be challenging to tell the facts apart from the fiction when seeking answers online. Most sources tend to focus more on the myths themselves rather than the cold hard facts, but here, you will find a slightly different perspective, with 10 overwhelmingly positive reasons that you might want to try some out yourself:

It is not uncommon to hear terms like green-out or overdose used by the media to describe an uncomfortable experience with marijuana use. However, the cannabinoid THC is entirely non-toxic to humans. The amount that most healthy individuals would have to consume to put their health at risk would be nearly impossible to take all at once. Though marijuana products can be risky for those who are in poor health or with heart issues, for the most part, the worst that can happen is some uncomfortable sensations that can be slept off.

2. Smoking weed will not leave you with a hangover

If you have ever indulged in the other legal and regulated recreational substance, alcohol then you have likely experienced some sort of repercussions the next day. Whether it’s a headache, all-out vomiting or worse, these symptoms can continue for up to a few days afterwards. This is because alcohol is a toxin that can be fatally overdosed on, and it does a fair amount of harm as it makes its way through your body. Smoking weed can slightly agitate the lungs, but that can be avoided with other methods of ingestion. Though you might feel tired, groggy and ready to crash, once the THC wears off, you will feel good as new by the very next morning.

3. THC products can positively enhance the quality of sleep

CBD can have the opposite effect and will adversely impact sleep by interrupting the REM sleep cycle. This stage is necessary, as it is where our bodies do the most healing. THC products can help to keep you asleep, which positively influences the amount of time spent in the REM stage of sleep.

4. Smoking weed will not affect you beyond 4-5 hours after consumption

Edibles are becoming increasingly famous for their ability to last for up to 10-12 hours, but when you smoke cannabis products, they are absorbed much more quickly. A few puffs of a joint can take mere seconds to be felt and will generally begin to die down in as little as two hours. This makes it perfect for a relaxing morning, before a long list of necessary errands or chores, as long as it is timed correctly.

5. Marijuana use can be libido-enhancing

The stereotypical image of a lazy stoner doesn’t exactly recall something sexy or helpful in the bedroom, but some marijuana strains are actually well known for their aphrodisiac like effects. The key seems to be consuming small doses of the right types of cannabis, which can help both partners to relax and melt away anxiety, stress and pain, which are a few of the top reasons for sudden troubles between the sheets.

Both THC and CBD which are produced by cannabis plants, interact with the human body through an intricate series of circuits and receptors called the endocannabinoid system. This network is also believed to be responsible for the regulation of bodily functions, including the production of hormones to manage mood, appetite, pain and more. Our bodies produce an element that is eerily similar to the cannabinoids that are found in marijuana plant materials. When tetrahydrocannabinol (THC) and cannabidiol (CBD) are ingested, they appear to mimic our naturally produced proteins, which can help to regulate all of the sensations and symptoms that are listed above.

Marijuana use is often described as resulting in a psychoactive high, but that doesn’t necessarily mean what some people assume that it does. Smoking weed can sedate, but it can also help to motivate and uplift if you choose the right strains for the job. Even the most potent couch-lock strains will not induce hallucinations or an unshakable stupor. Instead, it can enhance the enjoyment of most experiences by heightening the sensitivity of our senses like smell, touch and taste, as well as helping time to pass during tedious tasks like household chores. Cannabis will not automatically turn you into an unmotivated couch potato but will often do the complete opposite when consumed in moderation.

A lot of less experienced potential consumers assume that all cannabis products are created equal and that the effects are a state of sedation, hunger and giggles, each and every single time. The truth is, marijuana plants are actually quite a bit more complicated than many of us initially believed. Each strain carries its own unique genetics which controls the amount and kinds of terpenes and cannabinoids. So, if you want an energetic, giggly high that pairs well with a night on the town and dancing, then that is entirely possible. While those seeking a more intense euphoric experience can find that with other types. The only way to know for sure how one particular strain might affect you is to experiment, and a little bit of research can help to uncover some good starting points no matter what you are trying to achieve.

9. THC products can help to relieve stress, depression and other common psychological symptoms.

Marijuana use can help to treat and alleviate many common physical symptoms, but it is also beneficial for sufferers of mental health conditions or issues. Stress, depression, anxiety and many other psychological conditions can be reduced with the introduction of THC products in addition to or as a treatment plan.

10. Marijuana use can reduce pain

Both primary cannabinoids that are found in cannabis plants THC and CBD work as anti-inflammatories, which can help to reduce swelling and painful symptoms that are caused by numerous disorders and conditions. Though it would be impossible to list every single painful ailment that could possibly be treated with marijuana use, below, you will find some of the most common diagnosis that has been proven to benefit from THC products. 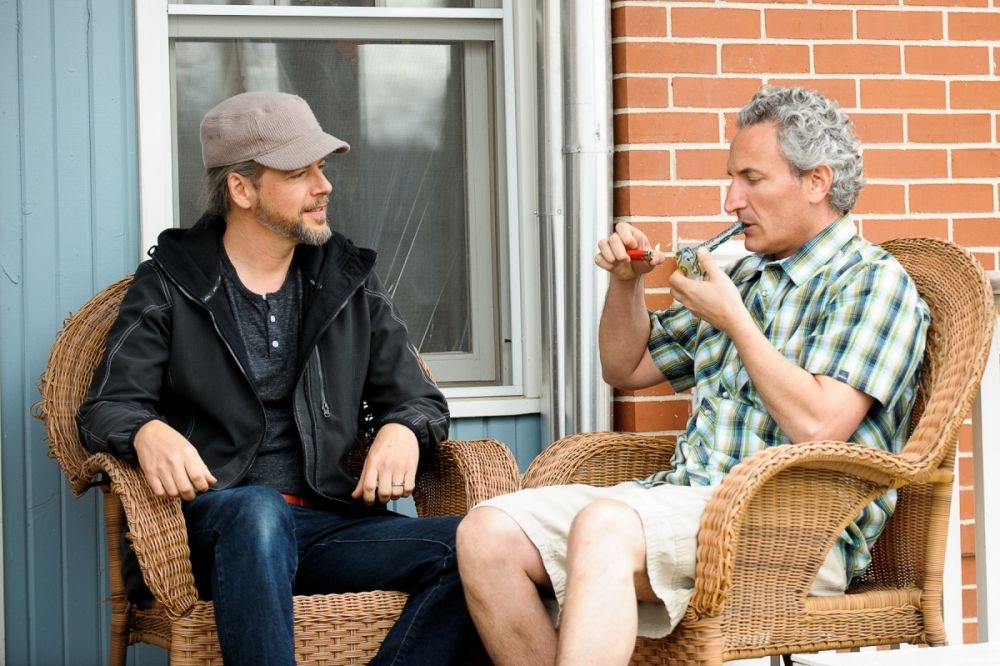 you might have known that marijuana was wonderful for euphoric, relaxed, maybe even energetic feelings but now look at what else it can do for you...