How to turn 5 popular drinking games into cannabis fueled fun

Drinking has long been more socially acceptable than cannabis which is why you’ll find so many more fun drinking games than you will those that were originally designed to use with weed, but that’s ok because, with just a few minor tweaks, it doesn’t take much to turn these adult games into cannabis-themed versions that are perfect for keeping guests entertained at any gathering or party.

Flip the cup is one of the most popular drinking games out there right now thanks to social media and TikTok, but if you've seen how fast the videos go, then you might be wondering what the rules of the game are, and how they could be compatible with cannabis.

2. Never Have I Ever

This game can be played in a room full of your closest pals, and it’s one of the few adult games that allows you to learn more about everyone you invited as you all get stoned together.

This is one of the best drinking games on this list to compliment with a little bit of cannabis because it boasts a whole bunch of laughs which is something that pot is notorious for doing too. Since the whole idea is to avoid laughing, it’s going to be a struggle, but you’ll also have a blast while you do it, which makes the challenge more than worthwhile.

This is one of the oldest adult games based on drinking, but it’s yet another one that is perfectly compatible with cannabis products.

This is one of the most fun drinking games that utilizes cards, which is probably why it’s one of the most popular on this list, and it’s also really easy to covert the rules of the game into something that is compatible with a great evening of smoking cannabis.

If a hit or three isn’t quite enough of a challenge for you and your friends, then you can always up the ante by using edibles, tincture, or even distillate for a much more potent hit, and a whole lot more of an intense experience for the losing players of any of these drinking games. 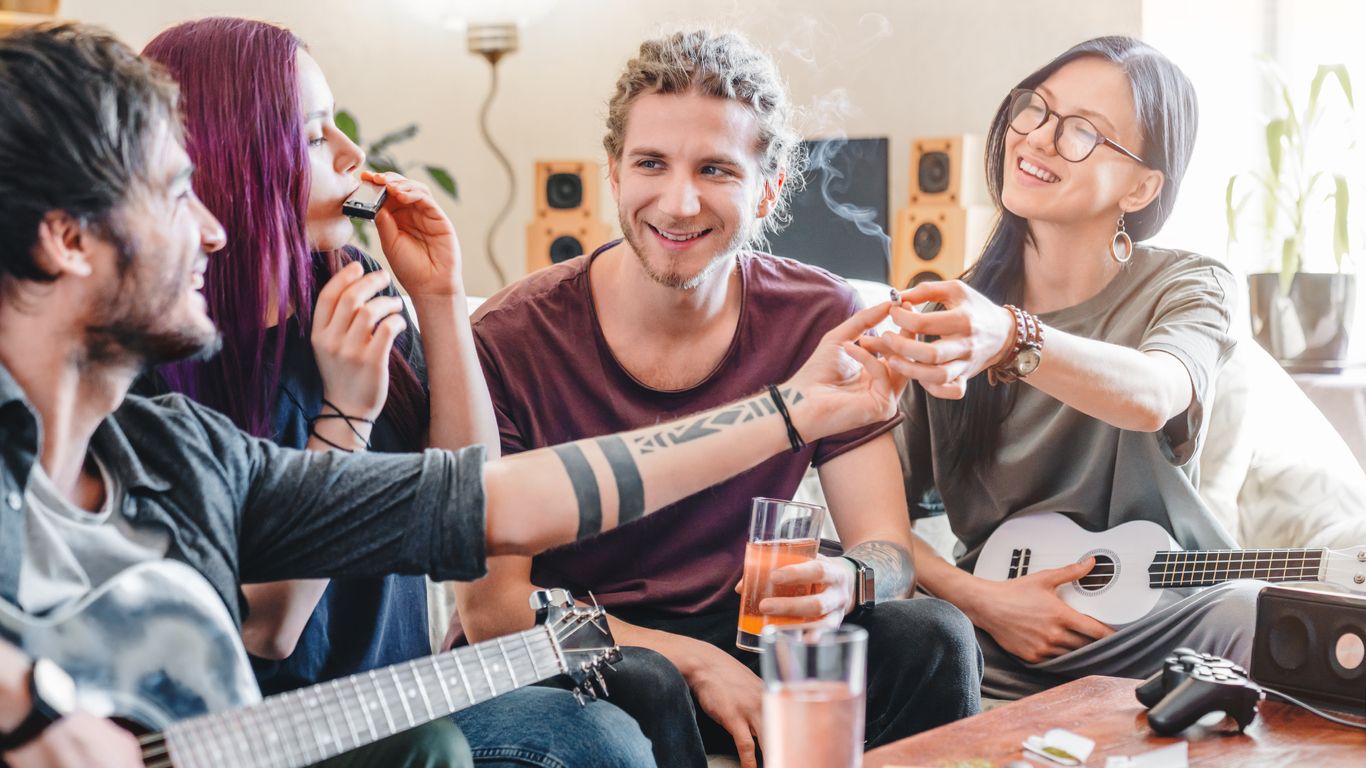 Ten tips and tricks that every pot party host or hostess should know....