How to change the way that a person thinks about cannabis

We all have that one friend or family member who holds a less than stellar opinion of cannabis, and it's often a gut reaction to jump in to defend our choice to use it while hoping to change their mind in the process. Unfortunately, these conversations will usually get out of hand, as they are fueled by emotion, which makes us a little bit fuzzy and more likely to lash out in ways that might not help our position. This helps no one in the end, but if you approach the situation with grace, take an accurate assessment and follow these five simple steps, you'll have a much greater chance of success.

Are you trying to figure out how to change the minds of your incredibly conservative parents or wanting to convince a decades-old friend? Is said individual open to the potential that cannabis holds, or are they deadset against it entirely? Perhaps they see the medicinal value but disagree with everyday stoners, or maybe they just detest it because it seems like a waste of their time. Assessing the severity of the situation is essential because as much as we'd love to convince everyone, some battles just aren't worth fighting.

Suppose you feel confident in your stance and ability to maintain a level headed conversation without having to face severe consequences for doing so. In that case, you're probably safe to proceed, but if it's your boss who is just going to scorn you for partaking in such behaviour, then it might be an excellent conversation to avoid entirely. Engaging in a productive, meaningful discussion about cannabis means, there needs to be mutual respect. Without respect, your chances of convincing them to change their mind are slim. So be sure to assess these risks before choosing whether or not to dive in.

One of the most valuable tools in your arsenal is going to be real factual information, so make sure to brush up on your cannabis facts before you try to change the way that anyone feels about weed. If you haven't already, it's time to research how the endocannabinoid system works. While you're browsing the interwebs for reliable sources, it can be helpful to keep a pen and paper handy for note-taking, as it will provide you with valuable, precise talking points, in case you forget about them later.

If you want to prove that cannabis is worth the time of a non-believer, then you'll need to do your very best to lead an excellent model for them to take in. Some people who are anti-cannabis think that way because they believe all of the blown out of proportion hallucination filled images from the media. If that's true for the one you're trying to convince, then you're going to need to get a buzz on without going overboard, so that they can see how it can be enjoyed responsibly and without super trippy effects.

Some people genuinely do believe in the old fashioned toner stereotypes, which brings to mind images of characters like Cheech and Chong, who aren't exactly known for their intelligence, and many don't realize that this is not an accurate representation of cannabis consumers. However, if you've got someone to convince, and you can show off your best skills while you're high, it might just be enough to make them think twice about this terrible misconception.

By this point, you've re-learned and documented specific cannabis facts that you think might help to change someone's mind. You've also got paper that's full of notes to refer to, just in case you forget or get nervous and need some prompting, and that's an excellent start, but to back all of it up, you're going to need to offer resources. This is especially helpful for cases that are tougher to crack because sometimes it's easier to believe that something is accurate if they can look it up themselves. Many of whom will take that information and do their research once you've left the room.

4. Proceed with caution and calm

Are you nervous about this challenge? It's good to know that it's not uncommon to feel uncomfortable, as this, for many, is a positively charged subject that holds a place close to our hearts, but you must head into this with a clear mind and as free from emotion as possible. It can also be helpful if you start slow with a less triggering angle, like that of medicinal cannabis, as it's something that the majority of even non-consumers are now in support of. Hold your composure, and do the best you can to stay on the subject, without straying or hesitating.

If you want to know how to change someone's feelings about cannabis, a great thing to do is to validate whatever current feelings or fears they may have around it. Do they think it's dangerous? If so, then it might help to go over some of the statistics that show minimal risk with cannabis consumption. Are they worried that it might be laced with something else or that you may become addicted and on the streets with others who have been labelled as drug addicts? Their thoughts might not always make sense, but this can often be convinced away once you address their fears as real, logical, and avoidable.

You might not be able to convince everyone to try cannabis, but even if you gently sway the opinions of naysayers, you'll have done a service for both yourself and the movement. 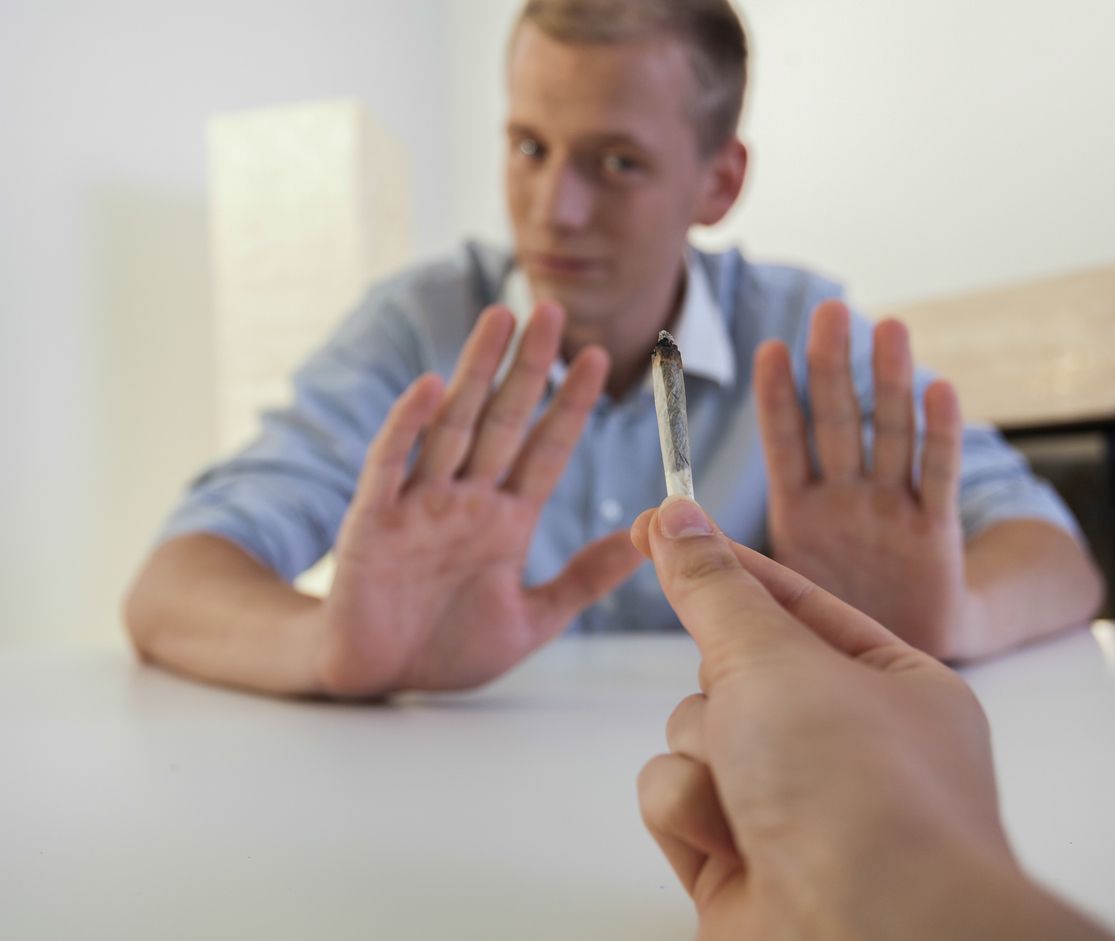 Every stoner should follow these rules around sober friends

With the help of these simple rules, you should be able to figure out precisely what it is that you need to do, based on your current situation....