How to be a great advocate for cannabis

In some countries and US states, cannabis supporters are still out protesting unjust laws with massive sit-in smoking sessions and picket signs, but millions of consumers now lavish in the freedom of legal weed, so advocacy is evolving to look a little bit different than it once did. We’ve made incredible progress. However, those small successes don’t mean that our work is done. In fact, now that it’s legal and the rules are being laid out, adjusted, and cemented, we need good, positive, motivating advocates for cannabis more than ever before.

Whether you’re just entering the scene and wanting to get involved in spreading the good word of all this natural medicine has to offer or a long term justice fighter who is trying to figure out how to be an advocate in such a different social environment, we’ve got you covered with these five steps that are sure to enhance the intensity and effectiveness of your advocacy mission.

We respect those who we know we can trust because they aren’t so likely to let us down, which is why it is so important to be a transparent advocate for cannabis. It’s hard work, and in some cases, it can be incredibly uncomfortable to overcome the urge to run and hide your opinions from those who might judge you harshly for it, but if we’re ever going to get rid of this stigma, we need everyone to say it loud and proud, showing unity while normalizing regular stoners.

If we want to ditch the taboo, then it’s up to all cannabis enthusiasts and supporters to show that those damaging stereotypes couldn’t be further from the truth, a task that’s as easy as sporting responsible use and advocating for others to do the same. When we step up, the flaws in prior judgments stand out, so it’s important to do this as much as possible if you want to have the biggest influence. This doesn’t mean ditching your usual self, but it does require precautions, like avoiding driving right after getting high, simple enough rules for anyone to follow.

Where you choose to spend your money has a lot of influence on our local economy, which is why it’s so important to shop through dispensaries for products made by companies that boast values and morals you agree with. Whether it’s organic growth, affordability, inclusivity, or simply good customer service, you can advocate for making it the norm by shopping in places that make you happy. It might not seem like your purchases add up to a whole lot of money, but each and every customer and their recommendation is important in this industry.

4. Vote and speak on issues that matter to you

Money holds a lot of power in the grand scheme of things, but your voice could be equally influential as long as it's headed in the right direction. Sure, we’ve got legal weed, however, there are still far too many problems to work out, and the only way we’re going to come to a satisfying end is if advocates speak up. Whether it’s a new bylaw being passed that impacts cannabis business or consumers, or it’s a protest against an innocent green store or producer, show your face and let people know exactly what you think.

Advocacy and volunteering often go hand in hand which is why so many are looking for new ways to help consumers. The trouble is that those who need it most are often forgotten in the flashiness of the recreational scene. That’s why we highly recommend considering a worthy cause or position such as patient advocate because there are quite a few people out there, even today who are having difficulty with accessing this incredibly powerful and effective medicine, and that’s not ok. 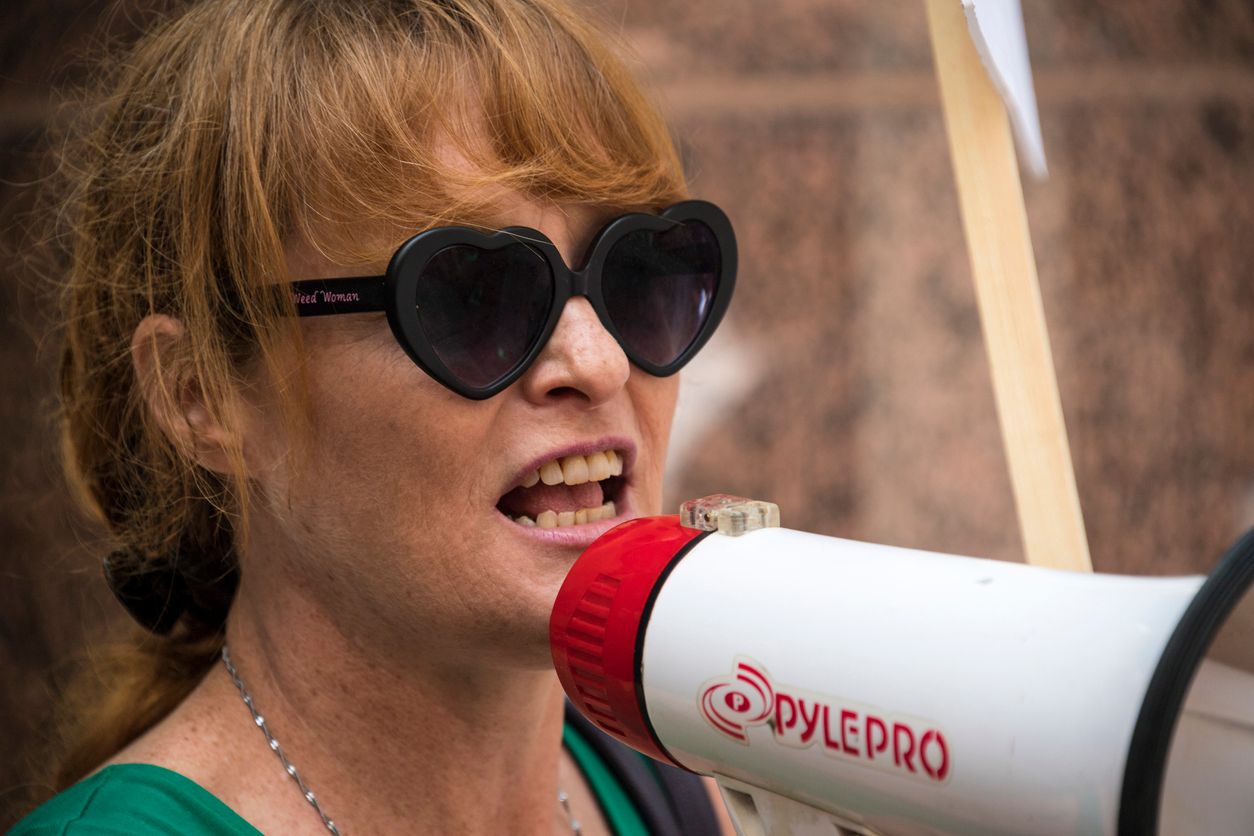 Why it takes guts to become an effective cannabis advocate

If you want to be a real cannabis hero that makes waves and forces change, then you need to have a voice and the confidence to use it....