Human beings have been using magic mushrooms for centuries, though they weren’t always thought of as recreational drugs. Long before we started using them for fun, indigenous Americans and Europeans utilized the effects of mushrooms for spiritual purposes and medical use. Shrooms have led many indigenes on intense journeys of self-discovery resulting in the belief that they like cannabis and mescaline, could unlock a higher level of being.

What are magic mushrooms?

Psilocybin is the hallucinogenic element that is in all kinds of magic mushrooms. After ingestion, it is converted into psilocin which influences the levels of serotonin produced by the brain, and this is what triggers the unique and altered state of mind and perceptions.

The effects of magic mushrooms may be felt in as little as 20-40 minutes after ingestion, and they can last for up to 6 hours, which is how long it takes the body to metabolize the psilocybin, but it is also important to understand that this highly depends on the potency and type of mushroom taken. Usually, a relaxing sensation comes on gradually, followed by distinct changes in sensations. In some cases, the effects may be paired with auditory, sensory, or visual hallucinations.

Much like with cannabis, the experience varies greatly from one person to the next, with some enjoying a sense of relaxation and others feeling stimulated and energetic. Negative trips are also possible, especially with high doses, and those might leave the user feeling uneasy, anxious, or paranoid.

How mushrooms are processed by the body

Once psilocybin mushrooms have been ingested, the kidneys are responsible for processing the compounds and it happens relatively quickly, generally in a matter of hours. According to the latest research,  66% of the magic mushroom elements will be excreted within 3 hours of consumption. After 24 hours, they should no longer be traceable in your system, but it’s hard to say how long the remaining compounds might last as this depends on your metabolism, weight, and the type of mushroom taken.

Psychedelic mushrooms are processed at a different rate by every person, which is why two people can take the same dose at the same time, and only one might test positive. The three most commonly used screen tests include 5, 8, and 10-panel tests, and none of them are able to detect magic mushroom-specific compounds. There are however drug testing methods designed to detect hallucinogenic compounds.

Tests for hallucinogenic compounds can be incredibly accurate, but only if they’re administered quickly, within 24 hours. Beyond that time, urine, saliva and blood testing may not be able to detect the presence of magic mushrooms. There is one exception to this rule, and that is hair follicle testing, which can detect hallucinogens for several weeks or months after ingestion. Still, there is a caveat, as the elements might not show up in the hair follicle right away.

Most know psilocybin mushrooms as a recreational drug, but they may also hold the key for patients seeking physical or mental relief from certain conditions and symptoms including anxiety, headaches, PTSD, and depression. When combined with psychotherapy, psilocybin acts as a therapeutic agent, and some researchers believe it has the potential to help us battle behaviour, to manage things like addiction.

Though we still have leaps and bounds to go in terms of research, psilocybin therapy has also been shown to increase extraversion and decrease neuroticism scores.

Hallucinogens such as psilocybin have the ability to trigger a variety of both physical and mental effects.

Developing a tolerance to psilocybin is risky, as it can force consumers to take more, and since these fungi share qualities of other poisonous mushrooms, it’s never a good idea to take too much. Just like with cannabis, a tolerance may be built slowly, or set in overnight – every person is different.

Over time, consumers may build up a tolerance to psilocybin, which could lead them to become dependent or need more if they hope to feel the same effects, but when it comes to withdrawals, there is very little evidence to suggest that this is a major concern. As far as we know, magic mushrooms are not addictive, so they do not cause the same side effects that might be expected from quitting an addictive substance. 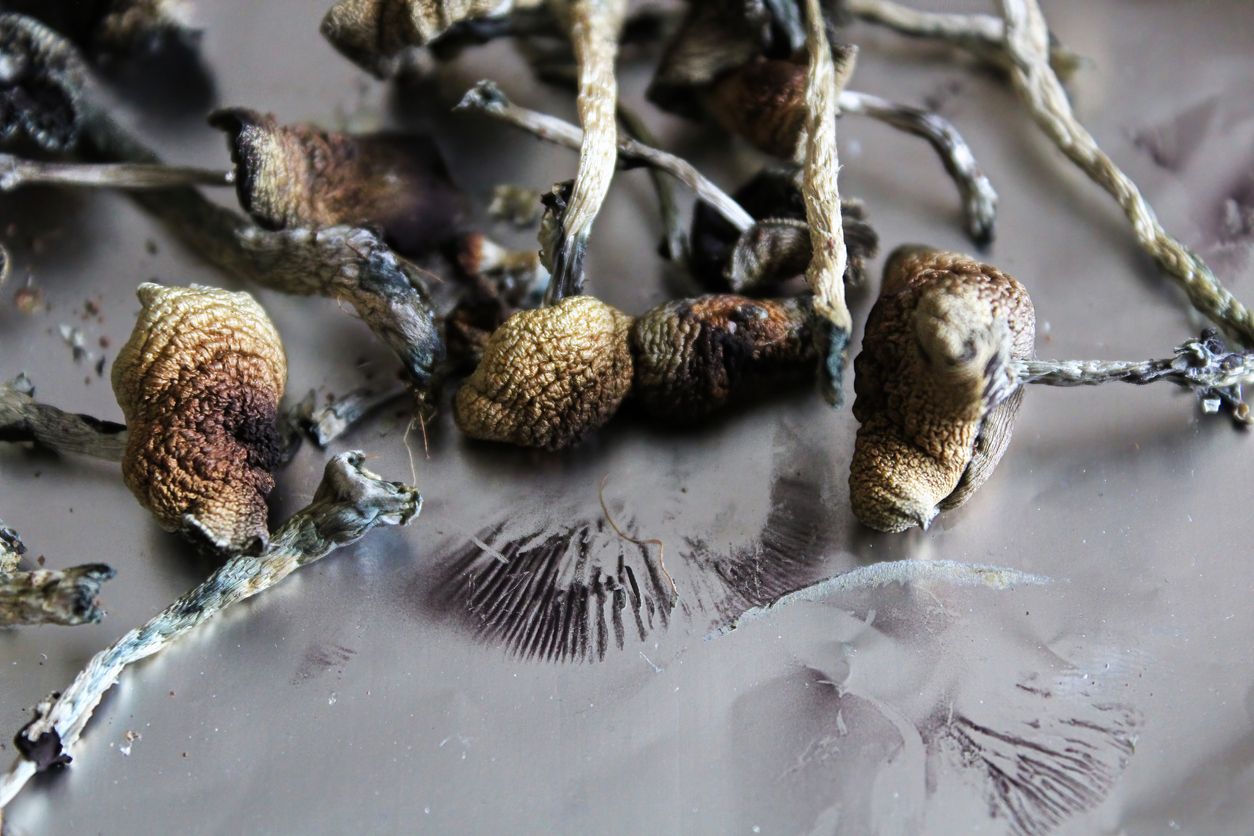 An evolving acceptance of magic mushrooms

A short guide on the subject to help explain where we came from and how far we still have to go....