Do you miss sharing a joint with friends?

It feels like such a distant memory when life felt normal, and we didn’t spend every waking minute controlled by social distancing protocols and by-laws. We didn’t realize how good we had it until the opportunity was gone, and it was taken without warning. Despite a lack of cannabis-friendly venues, we’d give anything to go back to the good old days, where we could enjoy a joint with a group of friends in peace.

Of course, most people agree that these sudden, drastic changes are necessary to curb the spread of COVID-19. Over these last several months, we’ve lost over 1 million people from all over the world to the virus, a grim milestone we hoped that we’d never have to see. Though it might not have a high death rate, as we’ve seen with other pandemics throughout history, anyone is susceptible.

The largest portion of the population to be adversely impacted is the elderly, who face the greatest risk in this uncertain time. None of us want to lose our parents or grandparents to this illness. We’re working diligently to curb the spread by reducing the amount of contact that we have with other human beings, but this exchange comes at a cost that cannabis consumers everywhere are feeling.

For many of us, it was a sudden realization brought about by a specific situation that we found ourselves in, after a few months of hiding indoors. It hit me for the very first time, during a well-planned, small gathering among friends with social distancing protocols in full swing. The plan was to steer clear of one another while taking in a firework show together. At first, we were all excited to take part, as it has been months since any of us had even left home, but the reality of it all sunk in after someone pulled out a joint.

The moment it happened

She was a bit awkward about having them as she offered me a hit, and despite the majority in attendance sporting an affinity for the green, for the first time, neither of us reached out to share with anyone, and instead, we sat quietly, alone hidden from view. It was a bittersweet moment of connection between old friends, but at the same time, it was a shock to the system, and an action that suddenly brought odd feelings of shame upon us.

Though there is nothing inherently wrong with smoking a joint with a friend. However, with where the world sits right now, it feels like if we ease up at all, we might be sling-shotted back into dangerous territory that could cause another mass round of shutdowns, something that neither the economy nor our pockets can stand to survive. What was once a bonding action, and an unwritten rule among stoners has now been thrown to the wayside, and we have no idea when, if ever, it’ll return.

Cannabis as an industry might have managed a label as an essential service, but consumers are still feeling the pinch, and it’s only a matter of time before this emptiness, and a lack of human connection starts to wear us down. We might not notice it at first, as we are all motivated by the same incredible cause, in hopes of ending this insanity sooner rather than later. Although, eventually the fatigue and general sadness over the current state of the world can feel like a lot to handle.

We all miss pot party celebrations and more intimate smoking circles that we used to frequent, but for now, this is a reality that we all must face together, united by hope for a better future. It’s a time of mourning that all stoners are feeling, and that includes the most introverted souls, who used smoking weed with friends as an escape, and a motivation to leave the house once in a while. We must recognize this as a reasonable reaction to such a unique situation.

Once we do, we can do our best to move forward, towards a new adapted way of doing things that allows us to connect in less conventional ways. The old ways may be disallowed for the time being, but thanks to technology, some solutions can help us to get through this by minimizing the pain of loss, as we replace the things, we used to do with safer alternatives that can lift our spirits. It’s not going to be easy, but if you’re determined to make it work, you will discover fun new things that you never knew were possible.

We can hit up virtual events, through socially distanced pot parties that reduce contact and find other online ways to communicate and hang out while we get high with our friends. It’s not going to be like the normal that we all so fondly remember, but it’s the next best thing we’ve got. Everyone is suffering right now, and though these types of grievances may seem minimal, they are a reality for people all over the world. It’s ok to feel bad about what we’ve lost, but the best way to rise to the occasion is to figure out something else that will work while we wait for this to be over.

If you’re wondering what you should do during these trying times, then you might want to head over to our Social Distancing Guide for Stoners.

For those who might be worried about how their local cannabis industry is doing now that so many people are out of work, 'Why Social Distancing is Increasing Cannabis Sales' is a truly great read.

Now that we’ve spent so much time at home, many of us have run out of things to watch, but there is no need to fear because we’ve got you covered with The Best TV Shows and Movies to Get You Through Social Distancing.

Have you been contemplating the risk that you might be facing during a trip to your local dispensary? If so, then you might want to take a moment and read How to Safely Visit Your Local Dispensary.

Last but not least, to put the finishing touches on this article, we want to leave you with a direct link to some incredible tips and tricks for safely connecting with friends from a distance. 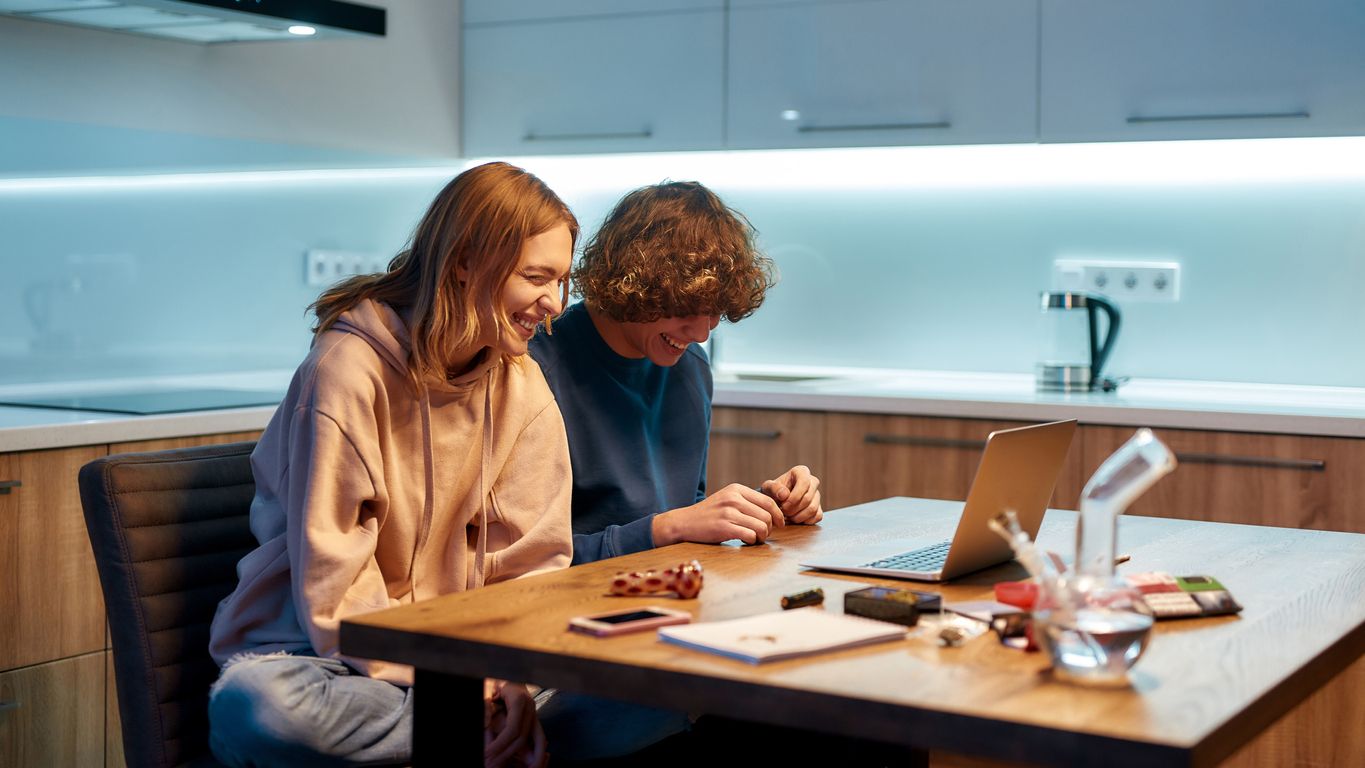 How to plan an online cannabis party with your friends

The benefits and the drawbacks of online gatherings....