Willie Nelson has officially quit smoking weed. The marijuana news is buzzing, and those in the know have announced that Mr. Nelson will no longer be smoking pot, due to his ongoing health issues. Willie Nelson, the country singing pot activist, has announced he has some health issues that have resulted in his quitting smoking. The pot activist is a long-time smoker of cannabis and proud of it.

However, his publicist confirms that this statement is not actually correct and that Mr. Willie Nelson is still consuming his pot. The publicist did, however, confirm that Mr. Nelson no longer smokes tobacco cigarettes. Mr. Nelson does what he wants regarding smoking, and his publicist added that there are many ways in which Willie can and does get his pot consumption in. She also said that Willie does still enjoy the taste of fresh marijuana flower.

Nelson spoke with a news station and informed them he no longer smoked. This statement is what probably sparked the marijuana news frenzy that Nelson had quit smoking weed. The reality of the situation is Mr. Nelson has abused his lungs, his health and breathing have been affected. Nelson has a long history of having numerous bouts of pneumonia and emphysema, which often can lead to COPD, which is a debilitating health concern, especially for someone who needs to have fully functional lungs to perform his art.

Nelson reports that he has been inhaling smoke into his lungs for many years. He started smoking cedar bark, moved on to cigarettes, and then other substances. Nelson reported that he smoked his first joint in 1954 and has loved pot ever since then.

The country music, pot activist, eighty-six, year-old stoner, is now more health-conscious. He states he is looking after his health now, and that he looks at his lungs as the most significant muscle he has. When he is on stage night, afterward, at night, he is working out because his lungs are working hard. Breathing issues have caused Willie to cancel shows, and as a result, he is generally more conscious of his overall health today.

Studies have shown that a possible adverse danger associated with marijuana smoke is due to holding the smoke in the lungs before exhaling. Research has proven that it can cause chronic bronchitis and injure the cell linings of the large airways. Chronic smoking has been shown to indicate changes in the airway and lung lining that is very similar to the destruction of healthy lung cells that is displayed when smoking tobacco. Experts have been made aware that marijuana smoke contains some of the same toxins carcinogens and irritants that are in tobacco smoking.

Willie Nelson has been an advocate for the marijuana plant for many years and believes that pot may have saved his life. He states if he had continued smoking and drinking like he did when he was 30, 40 years old, he might well have never reached his age today.

Nelson has an entire marijuana product line through his company called Willie’s Reserve. The business sells vape cartridges edibles and flower and follows the same path that his does through sharing, caring, and toking. Willie Nelson is proud to support the cannabis culture, and Willie's Reserve operates under a simple philosophy; my stash is your stash. 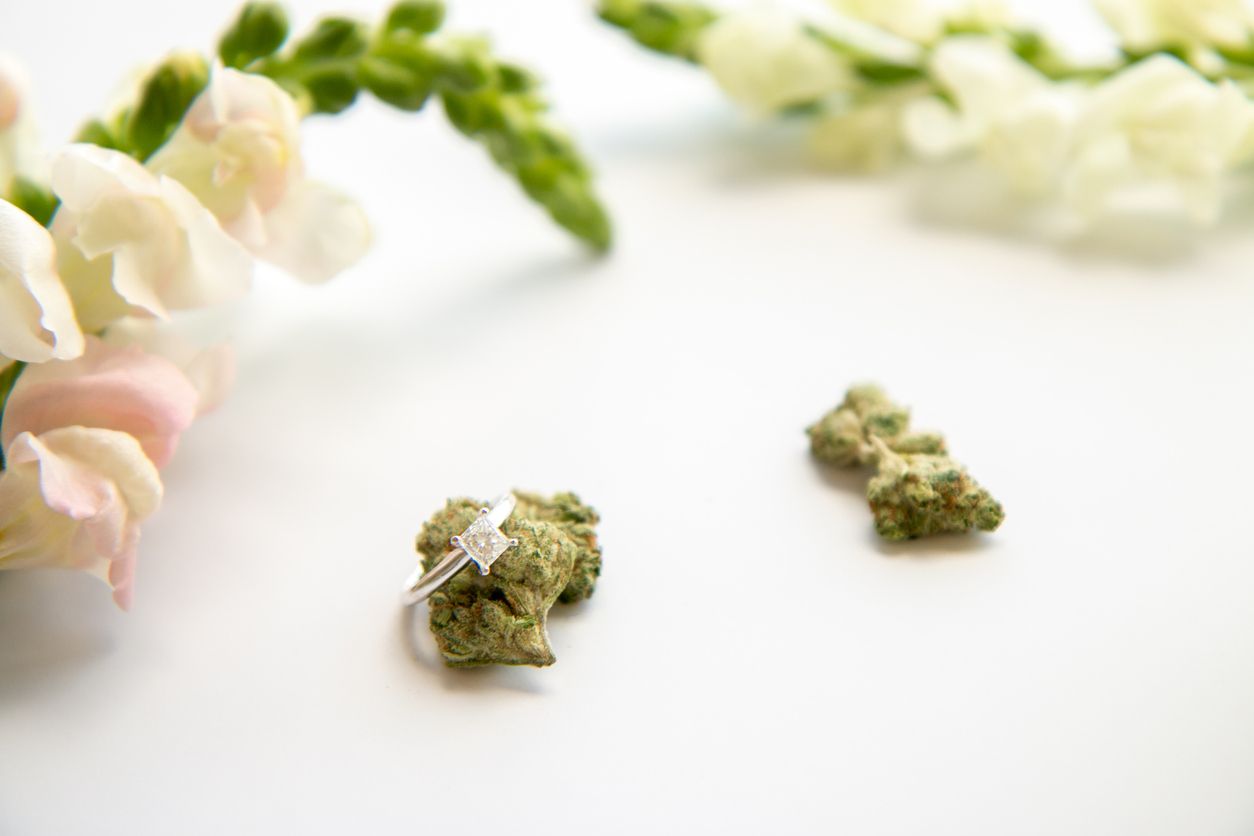 Celebrity couples that used cannabis as a prop for their wedding

Everything related to cannabis from the leaves to the bongs has become a centerpiece for many celebrities’ weddings....