Breaking up with your weed dealer - The good, the bad, and the ugly

The bond between a weed dealer and their customers is one that isn’t always so easily broken and for a good reason. We’ve survived the tests of time, political injustices, and the threat of going to jail for simply involving ourselves with this incredible plant that should never have been criminalized – together, and not everyone is ready to give up this source of nostalgia and solidarity.

It’s an understandable sentiment despite the emotionally scarring rollercoaster this journey has taken us on because we’ve stood on these tainted grounds as equals. We were always an integral part of each other's lives, hanging out as friends, making plans that fit our families, attending 420 rallies, and building relationships that we never anticipated would have to stop once legalization finally happened.

Both consumers and dealers spent many years coming to terms with the fact that this was reality, for better or worse, but now that we’ve got access to legitimate cannabis products, it’s no longer respectable to hit each other up. Instead, we’re told by the law to forget about those who put it all on the line to get stand up for our right to medicate, and that’s a really tough pill to swallow.

Where to buy weed

In the beginning, excitement got the best of many consumers who lined up in droves to buy cannabis from legitimate dispensaries. However, it didn’t take long to see they wouldn’t get the same environment, atmosphere, pricing, or selection they’d so fondly dreamt of. This is especially true in Canada, where only flower became available, followed slowly and surely by a limited number of topicals and concentrates with hindering cannabinoid content maximums.

Some were only slightly disappointed, while those of us who fought and sacrificed everything to get this far were absolutely disgusted. “It’s safer,” they said. “More reliable,” they assured us, and of course, the only way to indulge or benefit from the plant without facing looming legal and financial repercussions for breaking new laws. We (consumers) found ourselves backed into a corner, forced to choose between the things and people we love and the newly established legal industry we thought we wanted.

Of course, many quickly made the switch for the sheer relief that comes from obtaining products from a legitimate supplier, which is understandable. After all, it’s nice to know you’re not going to be arrested or charged in the middle of a raid for merely being present, but some statistics suggest that as many as half of all consumers have stuck with the system they’ve always relied on, and as much as we hate to admit it, that’s problematic for everyone involved.

For us to have access to legal cannabis, it took a whole lot of investment from companies, entrepreneurs, and individuals all looking to carve out a piece of this brand-new industry. Though these products are making millions for savvy producers and the occasional chain, smaller, more local passionate players are struggling to get by. Enticing consumers to leave the only deal they’ve ever known while paying more is no easy task, and an overly saturated market isn’t helping the situation at all.

As much as some people might view these players as the enemy or money-hungry, the truth is that it’s incredibly difficult and costly to set up shop and stand out in this scene, and many of them are regular everyday consumers themselves hoping to make a difference out here. They’re also putting pressure on politicians to get enthusiasts the things from their dreams, but they aren’t properly compensated for that effort.

Eventually, the stream these owners, operators, and employees are working on is going to run out, and that’s not great news. It could result in major losses on all sides. In fact, it already has, with hundreds of dispensaries and cultivators lasting only a short time before going under. Unable to keep up in this fast-paced world with so few supporters. Some, of course, will survive, but along with those that fall will be the elimination of selection, choice, and competition.

The fallout however certain will be slow at first, which will make it really easy to ignore. The occasional dispensary here, extraction specialist there, and craft suppliers will be the hardest hit, and once this ripple spreads branching out into all corners of the industry, it’s going to be insanely difficult to come back from.

As consumers, it is our responsibility to make the best choices possible. Money talks and all else stops the whole system from thriving in a way that is beneficial for anyone. Though it might be painful to make this sacrifice, it’s important to remember that this too, much like prohibition, is only temporary. We need to make waves, feed those who deserve to be out in this world and support cannabis businesses, no matter how difficult, because they will be the ones who pave the way for a brighter, more equitable, and enjoyable future.

So, the next time you’re contemplating getting in touch with a weed dealer, make an effort to, at the very least, see what a dispensary near you has to offer instead. You’ll never know for sure until you do, and those hard-to-find or still illicit cannabis product options will be much more likely to follow. 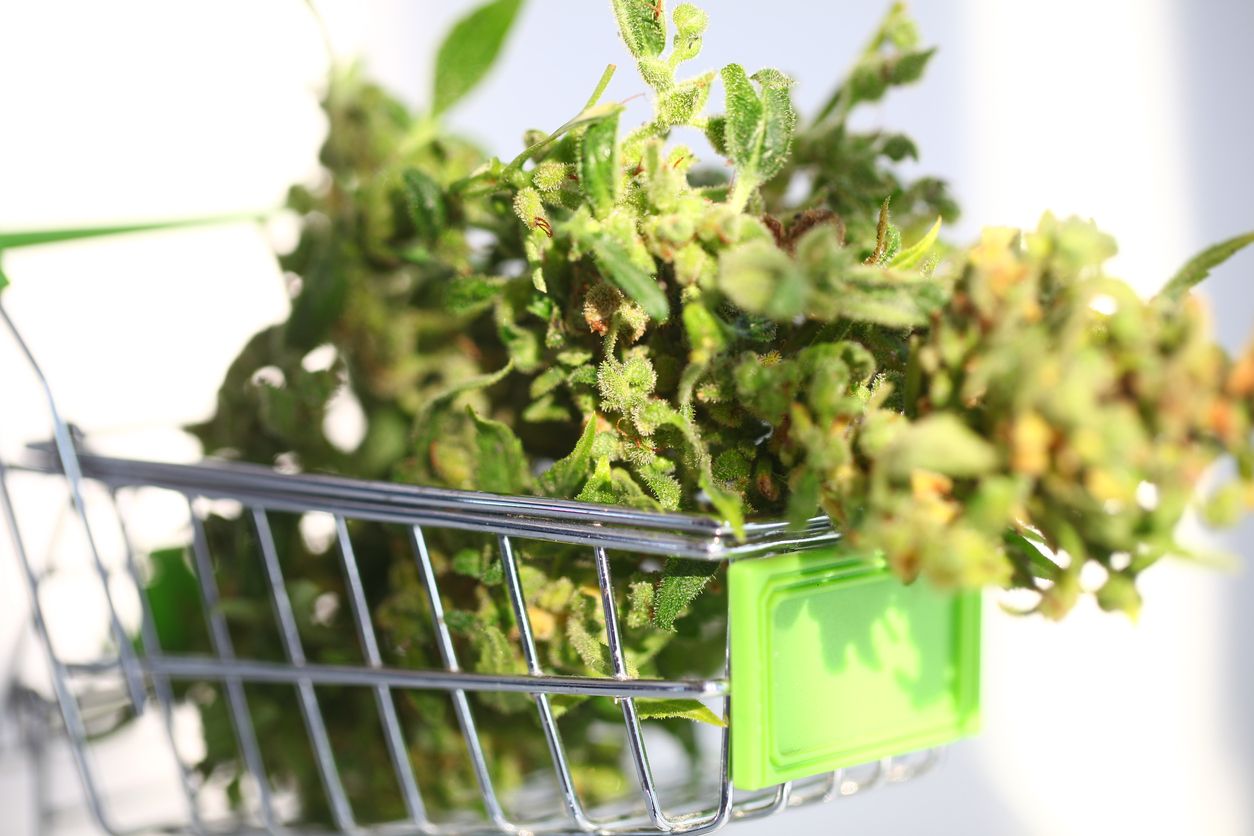 We’ve touched on some of the more obvious moral and legal problems with black-market cannabis, but for the most part, consumers are still loving it....