Legalization was brought forward in Canada with massive celebrations all over the world, as it marked a tipping point where most of our upper society was finally able to, at least, mostly agree that cannabis shouldn’t be illegal. It was historical and life-changing for many, but still, discrimination against cannabis consumers continues in some incredibly significant ways.

Even the most seasoned and proud cannabis user knows that a public display of adoration for this supposedly accepted drug can lead to some serious repercussions in life for all those who choose to take a stand. Unfortunately, that lingering stereotype has created a haze of hesitance and uncertainty that didn’t just magically disappear the moment pot was made legal.

Nearly all cannabis consumers have experienced some form of discrimination against them for their drug of choice, be it within a circle of their closest friends and, in most cases, from complete strangers. It’s unfortunate that so many people still live with a belief in old stoner stereotypes, but like any significant change in history, it will take some time for it all to go away.

An important part of this shift will come from victims who must be able to recognize discrimination for what it is when it happens. Sometimes, we are so used to this kind of behavior that we don’t see it as discrimination, but if you’ve been in or know someone who has experienced any of the below situations or anything like them, then you know what it looks like to be discriminated against.

How to avoid it

Unfortunately, we live in a really interesting time where not everyone is comfortable with the significant changes that have been made to the system. We have an older population that far outnumbers the young, and they are from generations that consistently repeated the propaganda from the war on drug campaigns like Reefer Madness that they were raised on. This is a brand-new time, and no matter what you do in hopes of avoiding it, discrimination against cannabis use is everywhere.

How to deal with it

Since you can’t avoid it altogether, the only real choice that a cannabis consumer has is to tackle the issue head-on. To do that, the goal must be to build a comfortability and confidence that shines through all of the uncomfortable moments, and to get that, and take back control, you’ll need to be an advocate for both yourself and the movement as a whole. It will take time, possibly even lifetimes, but if we all work on how we handle ourselves in certain situations, we can help to speed up the process and enjoy the journey along the way.

If you want to put an end to discrimination, then education is key, and that doesn’t mean that you should go around insulting anyone who disagrees with your point of view. Instead, you’ll need to learn enough for yourself to have real, meaningful debates and conversations, so that you can keep your cool when these uncomfortable situations happen to arise. From there, you can spread the good word using real science with confidence and work to change the minds of those who chose to discriminate against cannabis use.

The infamous stereotypical 60’s types stoners are well known, and this is an image that has been, in a way, passed on to the current generation of cannabis users. This means that there is a lot of pressure on pot enthusiasts to set the best example possible, by smashing goals, barriers, and anything else that they set their mind to. Once disbelievers see the proof of a different reality for themselves, you might just be able to convince them to change their minds.

This point is incredibly important because the laws that we have in place are only as good as those that enforce them, and unless we speak up when we see injustices, discrimination will continue to happen at an alarming rate. Whether it’s law enforcement, your boss, a family doctor, housing provider or anyone else who may be in a position of power, if you feel that you are being treated unfairly based on a known history with cannabis use, then you need to report them to the appropriate authorities.

Though it is very important to speak up and out about discrimination against cannabis, it is just as essential that we recognize that there is a time and a place for everything. As much as you might feel passionate about cannabis, in most situations, it’s best to keep a cool head if you want to be convincing. Don’t be disrespectful when you toke by lighting up near playgrounds or blowing smoke as someone who walks past you, and try your best to make sure everything you do brings you back to step two, which is setting a good example.

In the end, the best thing that you can do is be comfortable in your own skin and with your choice to be a cannabis consumer. No matter what life throws your way, know that you can handle it when armed with the facts and a drive to reveal the truth. It might be a long haul, but it’s in the best interest of our future as well as every generation that comes after us to get the truth and discrimination issues sorted out for good. There may always be people who don’t like cannabis, but there will come a time when the vast majority will come to accept it as the norm. 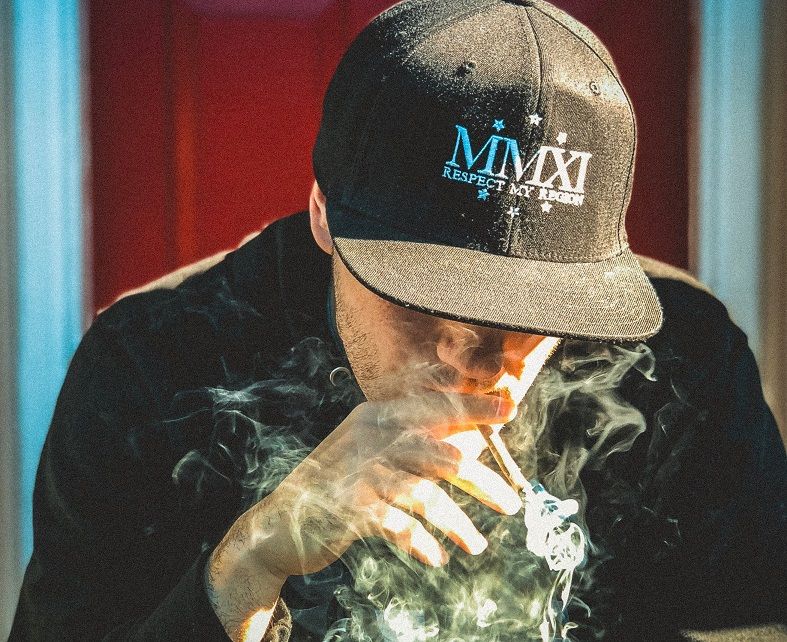 Unfortunately, despite legalization in much of the western world, there is still discrimination against those who partake in a substance safer than alcohol...