I’m watching the canna-curious and inexperienced 420 friendly crowds as they slowly find their way in this brand-new industry, and it’s an incredible thing for someone like me, who has spent 17 of my 20-year relationship with weed in the shadows. Of course, I was present at practically every 420 rally I could get to, sparking one up at least once or more per year in protest of unjust laws, but for most of my life, it was just something everyone kept on the down-low.

As a long-term consumer, I’m one of the many who disagreed with prohibition and partook in the underground scenes that weren’t always so pretty as the pristine storefronts most people know and love today, and because of that, I have a unique perspective on cannabis through both experience and exposure. At my age, I’ve been through almost every cannabis-related situation you can think of, be it through first-hand choices or by watching those closest to me, and it’s taught me a few very important things.

People will always fear what they do not understand. It’s instinctual and a survival tactic that keeps us safe from harm in day-to-day life, but it’s also what keeps so many people uncomfortable with industry. I’ve watched as real education almost instantly changed the minds of so many people who were once dead set against the plant, which shows that much of the stigma is based on ignorance rather than fact. If we can clear the air, both businesses and consumers will have room to make leaps and bounds with full support from society as a whole.

2. Not everyone gets the same benefits

I know how much cannabis has done for me throughout life, from giving me a way to unwind to replacing pharmaceuticals that were causing me far more harm than good, but I’ve also seen enough people end up with less desireable, no matter how hard they try, and that’s ok. Cannabis can be a wonderful lifesaver for many of us, still, some will have far greater success treating their issues or relaxing using more traditional substances or therapies, and there’s no need to try to convince them otherwise.

3. How to handle too much THC

Most who know me tout my tolerance as one that can stand up to anything, but even I have had less than enjoyable experiences with cannabis, and after a few bad runs, you learn about the best ways to deal with it and avoid it in the future, and the most important thing to remember is to stay calm. Sleep it off whenever possible, and when you can’t, it’s a good idea to perk yourself with plenty of water and food. I also know there’s no way to come down instantly, so instead, it’s best to come to terms with the fact you’ll just have to ride it out.

4. Every method of using cannabis has its ups and downs

After many years of using cannabis and all of its lovely derivatives, I can say with certainty that every single method of cannabinoid delivery comes with pros and cons to consider. Smoking hits instantly but it’s not so great for your health, and the effects wear off rather quickly. Dabs are more concentrated so they’re more intense and tend to last longer, but at the expense of your lungs. Vaping goes down smooth, with effects like smoking, only it requires devices that not everyone wants to cart around or learn how to repair, and edibles can knock even the most experienced consumers including myself off their feet.

5. There are so many ways that cannabis can help women

Women are so rarely fairly represented in the cannabis industry, which is crazy because it didn’t take me long to learn how much this plant's compounds can help us. Be it a painful menstrual cycle, menopause, or healing trauma for survivors of abuse, cannabis has a powerful way of curing almost anything that ails us, and it’s pretty amazing.

6. How the cannabis experience changes over time

I remember the time when I first tried cannabis, smoking a blunt randomly passed my way by a friend, and that experience was purely for recreation, but as I got older, my relationship with the plant evolved into something more mature. I leaned on it to get through hard times, used it to connect and have fun with friends and the cannabis community, and now consider myself to be a combination consumer who gets both pleasure and therapy from each and every session. What was once a scary bit of messing around is now a large part of the person I’ve become, a change that many consumers seem to feel with age.

7. You don’t have to use cannabis all the time to be a true enthusiast

Most people think that you’d have to smoke weed all the time to be a true die-hard cannabis enthusiast and to be honest, I used to be one of them, that is until I grew and met some fantastic cannabis leaders who barely touched the stuff at all. Of course, there is no denying that actually using cannabis garners a person unique and helpful perspective, but there are so many advocates out there who are passionate for other reasons, like seeing their grandmother achieve a better quality of life or watching a close friend beat addiction, and because of that a lack of personal experience is irrelevant.

8. The importance of a cannabis community

Being part of a cannabis community is an invaluable asset for every type of enthusiasts, as it's there we can learn, find support, and fit in without fear of judgement. It might not sound like a big deal, but when we can finally emerge from the shadows, it's freeing for both the mind and soul.

Prohibition began on the premise that racism and oppression of people who think differently was somehow acceptable, and in many cases, justifiable for the so called betterment of society. We now know that this was nothing more than a farce designed to play off people's fears of the unknown, and for that reason alone cannabis justice for consumers and participants is also social justice.

10. Someone will always judge you for using cannabis

Alcohol has been a legal substance choice for decades and still, there are millions of people in the world today who don’t believe that anyone should indulge in it, so we would be naive to assume any different with cannabis. In this case, there are therapeutic benefits to consider that simply don’t exist with alcohol, which is why we hope someday it will be much more accepted by society, but there will always be someone who doesn’t want you to use it, and that’s ok. Just as we are entitled to our opinion, so too are anti-pot fanatics who fear an altered state of mind, and I’ve learned not to let it bug me because what they think doesn’t really matter now that it’s legal. 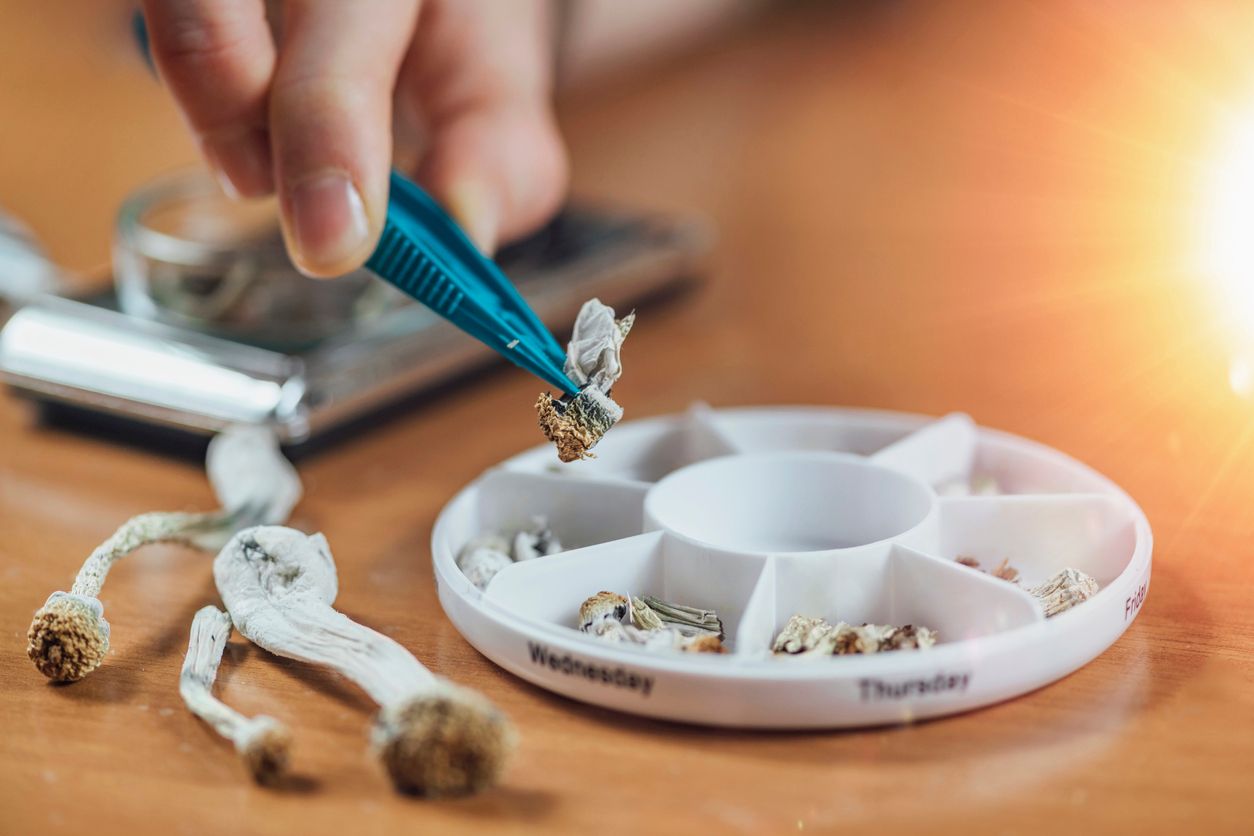 A psychedelic trip in review by a fellow stoner

This article is not meant to condone or even encourage illicit experimentation with substances....