Allyship in Action: The Power of Inclusive Language

The True Colours Initiative, by Aqualitas and Reef Organic, ensures a portion of profits goes to effect change, providing space and resources for impactful groups and people to flourish. Alongside donations, diverse voices are highlighted, elevated, and compensated to guarantee that the initiative provides a strong foundation for evolution with important context and education. The ‘Allyship in Action’ series provides a set of tools, stories, insights and inspiration to ensure the intersection of Cannabis and Queerness is understood and respected, from those who can rightfully speak on their subjects of expertise.

Words hold a lot of power; they can make our day and just as easily ruin it. Inclusive language has the power to make people feel included and supported. When we use inclusive language all the time, (even when we don’t think there’s anyone around who “needs” to hear it) people who haven’t come out feel respected and safe.

Being an ally isn’t a passive identity, it requires taking action. Pride Month is a fantastic opportunity to take a step back and reflect on where we can be more inclusive with the words we use everyday. Making changes to the language you use is one important step you can take to become a better ally all year round.  It’s also important to remember that everyone can be an ally, including members of the 2SLGBTQ+ community.

So, let’s dive into why inclusive language is important and how to be more inclusive of all members of the 2SLGBTQ+  community.

Why does inclusive language matter?

Healthcare, including the medical cannabis space, is often an extremely gendered environment. Everything from forms to waiting rooms to brochures can make people feel excluded and unsafe.

In fact, many trans and gender-diverse individuals will avoid these spaces entirely and often miss important checkups and preventative cancer screenings. Researchers from St. Michael's Hospital discovered that eligible trans patients were approximately 70% less likely than cisgender patients to be screened for breast cancer and 60% less likely to be screened for cervical cancer.

Inclusive language is equally important from a mental health perspective. Researchers from The University of Texas at Austin interviewed transgender youth ages 15 to 21 and asked if they could use their chosen name at school, home, work and with friends. They found that “...young people who could use their name in all four areas experienced 71 percent fewer symptoms of severe depression, a 34 percent decrease in reported thoughts of suicide and a 65 percent decrease in suicidal attempts.”

If inclusive language has the power to drastically improve people’s health and mental wellbeing, why wouldn’t we use it all the time?

Sharing pronouns has become more common in the last few years and it’s been great to see it become normalized in many spaces. Platforms like Instagram and LinkedIn have added places for people to add pronouns and many companies have email signature templates to include them.

Keep in mind that some folks may not feel safe sharing their pronouns in public spaces like LinkedIn due to transphobia online or within their families. If someone you’ve connected with hasn’t shared their pronouns on their profile, ask privately.

While using someone’s correct pronouns has the power to improve their mental health, it’s just one part of the inclusive language puzzle.

Gendered words are perfectly fine to use when you’re speaking to or about a specific group of people or an individual you know for sure associates with the words you’re using. The best way to know which words people use to describe themselves is to ask. If you’re not sure or haven’t asked, stick to gender neutral words until you know for sure.

A few words and phrases to avoid

Language is constantly evolving and there are words that were seen as inclusive at one point but are no longer seen that way. Here’s a few, though it’s important to note that people can use whatever words feel best for them. It only becomes a problem when people use words to address others who don’t use those words themselves.

This was once viewed as a more inclusive term but today there’s a growing number of trans and non-binary folks who do not see it that way. For many non-binary folks, it assosiates them with a gender that’s not their own. For trans women, it implies they’re a separate category of women.

From an accessibility standpoint, it’s difficult for screen readers to process which makes it inaccessible for some disabled folks. It can also be difficult to pronounce for folks who don’t speak English as their first language.

If your space is welcoming to trans women and non-binary folks, don’t be afraid to say it. That said, ensure you’ve put in the work so trans and gender-diverse folks will feel safe and welcome.

People who use multiple pronouns might have one that they prefer over the others but generally speaking there is nothing preferred about pronouns. Preferred implies that the pronouns someone has shared are optional which they absolutely are not.

Instead of asking what someone’s preferred pronouns are, simply ask what pronouns they use.

If someone uses multiple pronouns, you could simply use all of them or ask which ones feel the best.

The term “women’s health” is often used when speaking about pelvic or gynecological health but it’s really quite vague. Does it refer to mental health? Menopause? Sexual health? Pelvic pain?

It’s important to note that in this context, women is not a bad word. It only becomes problematic to use because it’s referring to a group of people who aren’t all women.

You don’t always need to know

One common pitfall a lot of folks make when trying to be more inclusive is overthinking. They want to make sure they’re using the perfect words for the person they’re interacting with but the truth is, you don’t always need to know. If you’re ordering a coffee, all you need is please and thank you; you don’t need to know your barista's gender or pronouns.

Deadnaming is when someone uses a person's name they used before coming out, either intentionally or unintentionally. While not every trans or gender-diverse person changes their name, for those that do, deadnaming can be incredibly harmful.

If you're cisgender, think about how it feels when someone gets your name wrong. If your name is Rachel and someone calls you Rebecca, chances are you’ll probably correct them because that’s not your name. Now add in gender dysphoria and trauma linked to a name that isn’t yours, and you may begin to understand why deadnaming is so harmful.

There's no situation where it's okay to use a name or pronoun someone has asked you not to use. For example, when Elliot Page came out as trans there were numerous journalists and social media accounts who repeatedly deadnamed him. Their excuse? “How will people know who we’re talking about?”

What they could’ve said (and some journalists did) is “the actor, best known for his Oscar nominated role in the movie Juno,” instead of “the actor, formerly known as [deadname]”.

What to do when you mess up

No one is perfect and eventually we all mess up; we’ll use someone’s old pronouns, a name they no longer use or an outdated term. When this happens, correct yourself or be open to being corrected, apologize if needed, and move on. Apologizing profusely often puts the person you’ve hurt in a position where they feel like they need to make you feel better, even if they’re feeling terrible.

If someone corrects you, thank them, do the research in your own time into why  you were corrected, and do better next time. Try not to get defensive right away, explain why what you said wasn’t actually offensive or how you really are an ally. Language is constantly evolving and a term you used or heard someone use in the past, may no longer be considered appropriate. While some 2SLGBTQ+ folks enjoy educating others, it’s important not to expect every queer person to be your teacher.

And lastly, just because someone hasn't corrected you before, doesn’t mean what you said wasn’t harmful; they may not have had the emotional energy or felt safe enough to correct you. Correcting people opens 2SLGBTQ+ folks up to violence and for some people, it's not worth the risk to speak up.

Being an ally requires action but it's important not to correct people for the terms they use for themselves, even if those words might make you feel uncomfortable. People have the freedom to express their gender or sexual orientation however feels best for them.

There’s a few situations where, if you consider yourself an ally, you should be calling out transphobia and homophobia if it’s safe to do so. For example, if you hear a family member or friend using someone’s deadname when you know they’ve been told to stop, a simple “their name is [insert chosen name]” is a gentle reminder.

If you’re not sure if someone is being intentionally hurtful, try using phrases like “can you explain what you mean by that?” or “I’m not sure I understand what you mean”. Lived experiences can vary depending on things like age and where someone grew up; not everyone who says hurtful or offensive things is intending any harm. That said, it’s important to remember that even words that aren’t intended to harm, can end up hurting someone or make them feel unsafe.

By being open to learning and growing, we can all help make the world a better and safer place for the 2SLGBTQ+ community every single day of the year.

In an effort to promote the widespread sharing of this information, this written work can be shared and published freely under the CC BY-NC-SA 4.0 license. It requires that reusers give credit to the creator and allows reusers to distribute, remix, adapt, and build upon the material in any medium or format, for noncommercial purposes only. 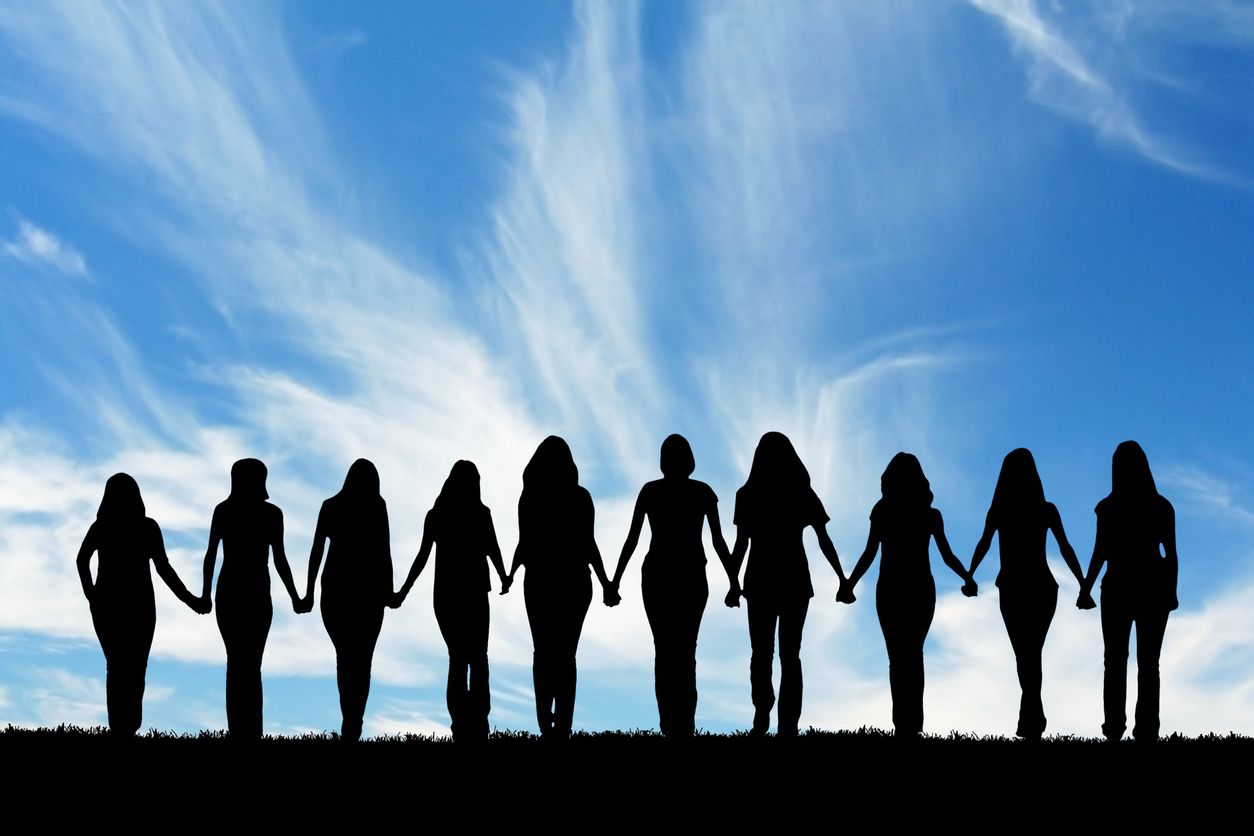 How to promote inclusivity in the Canadian Cannabis Industry

A study conducted by the Montreal Gazette shows that there are only 3% African Americans on the managerial staff of about five leading producers in Canada. ...