A new normal for cannabis events

What was supposed to be the biggest 420 in history has now passed, and on that day, there was nothing but silence, fear, and distress. Since COVID-19 first started to rear it’s ugly head, pretty much everywhere, cannabis events one after another have been canceled, and after 420 was forcefully postponed, leaving most enthusiasts incredibly disappointed, most of us just can’t wait to see what’s in store for the future.

Though so far all we have are tentative dates because restrictions have yet to loosen enough to open in most regions, the planners of some of the most prestigious and long-awaited cannabis events and festivals are getting creative in hopes of introducing a way of moving forward with plans, as safely as possible. This means all different kinds of restrictions, and adjustments, that could seriously change the way that we’ve always done things, but it’s a necessary shift that is in the best interest of public health.

Now, that’s all really easy to say or read about, but what people want to know is what they should expect to see in the coming months. With warm weather just around the corner, we’re getting antsy, and cannabis events are on many people's calendars. These are dates that we’ve looked forward to, as a sort of glimmer of hope amid the insanity that’s going on, but for them to go off as planned, there will be some changes, and here we’re going to cover some of what’s been either suggested or implemented so far.

Cannabis events haven't been allowed to ramp up yet, but once they do, you can expect admission to take a little bit longer due to some questions that you might have to answer just to get access. Since all countries and regions will have different rules, this might not happen everywhere, but some cannabis events might restrict access to those who have traveled to areas with active COVID-19 outbreaks.

One of the most common ways that businesses have chosen to negate risks is through temperature checks of both employees, and every other person who walks through their doors, and many believe that this could be one of the various barriers put in place at cannabis events to reduce the risk of exposure for all who partake in the festivities. It’s cheap and will cut down on the number of sick in attendance, but we know that it’s no surefire solution to keep us safe.

Masks, when worn correctly, can greatly reduce the risk of transmission of respiratory viruses such as COVID-19, which is why you’ve probably seen so many people out in public donning one for their grocery trip, or other essential runs that require interaction with other human beings. In one sense, this barrier can be scary for attendees, but with so many willing to wear them, and the science to back the effectiveness of wearing one, it would make sense if we see rules implemented that require at least some people at cannabis events or festivals to wear masks.

Cannabis events and festivals have long been staples of summer, but what if they don’t get the go-ahead at all? What if it will be months and maybe even an entire year before these kinds of larger gatherings are finally allowed again? This is something that many cannabis companies have contemplated, and in response, there are quite a few who have chosen to adopt a virtual platform in lieu of a more traditional venue, because it’s the only way they could know for sure that they’d be able to reach their target audience without interruption.

World-famous festivals and cannabis events can draw in crowds that exceed the thousands, which is normally a really good thing for both the legal market and the movement to legalize pot on a global scale. However, it wouldn’t be uncommon to be rubbing shoulders with people on all sides of you, which isn’t a great idea, if you’re worried about spreading COVID-19, and so this is likely to be yet another aspect of cannabis-loving summer life, that is about to change significantly.

To reduce the risk, venues and organizers may choose to greatly limit the number of people in attendance at any given time. Instead of several hundred, you may only see a fraction of that, with shorter windows of time, to allow for a rotation of offerings and the people who get to enjoy them. Unfortunately, this is likely to kill the vibe of 420 friendly events, but it might just be the key if they want to resume business as usual sooner rather than later.

6. Social distancing in a crowd

The last point on this list was limited numbers, and this sort of fits right in with that while taking it to the next level. You see, in order to practice safe social distancing, people who are attending cannabis events or festivals will need to keep a fair bit of space between them. This could be marked out with paint, or floor stickers, with clear rules on how to move about, which could make attending any cannabis event a bit trickier for everyone involved.

7. Admission refusal upon the presentation of symptoms

We’re all guilty of heading out somewhere when we don’t feel up to snuff. Whether it’s work, because we all need the money, a concert because we’ve already paid top dollar for tickets, or cannabis events, because when you’re feeling down, nothing sounds better than having a bit of fun. Normally, this isn’t recommended, but now, it might not be accepted at all. In fact, some cannabis events and festivals might outright refuse you at the door if you are showing symptoms of being ill.

There have always been smaller, more homegrown cannabis events, but the biggest names in the game get thousands of people lining up for access for a few select days of each year. This is bound to change, as businesses, venues, and organizers adapt to a new way of life, in hopes of opening, before we discover a viable treatment for COVID-19. Most festivals and cannabis events will likely be smaller this year, and more frequent, with bookable timeslots, to avoid lineups of people who would put them over any limit to contain safely.

Sanitation practices are generally pretty on point at cannabis events, but attendees can expect this to do nothing but get better once things start to reopen. Things like taking some extra time to disinfect high touch surfaces, offering hand sanitizer, and maintaining accessible handwashing stations, will all likely quickly become the norm over the course of the next year. Bigger venues may also have to dedicate entire shifts to disinfecting between crowds, so attendees can expect longer delays and earlier shutdowns to accommodate that.

10. Higher ticket prices to pay for it all

Cannabis events are the lifeblood of the industry, and consumers rely on the yearly happenings to get up to date on what’s available, and to gather with other like-minded individuals with confidence. We are all anxiously awaiting a definitive date for when this will all start to come back, but when it does, it’s bound to come with a much higher price tag to offset the new adjustments that will need to be made. Though we don’t know how big the increase may be, we are certain that extra expense doesn’t come free, and that those extra costs will be picked up by us, the consumers, and cannabis companies. 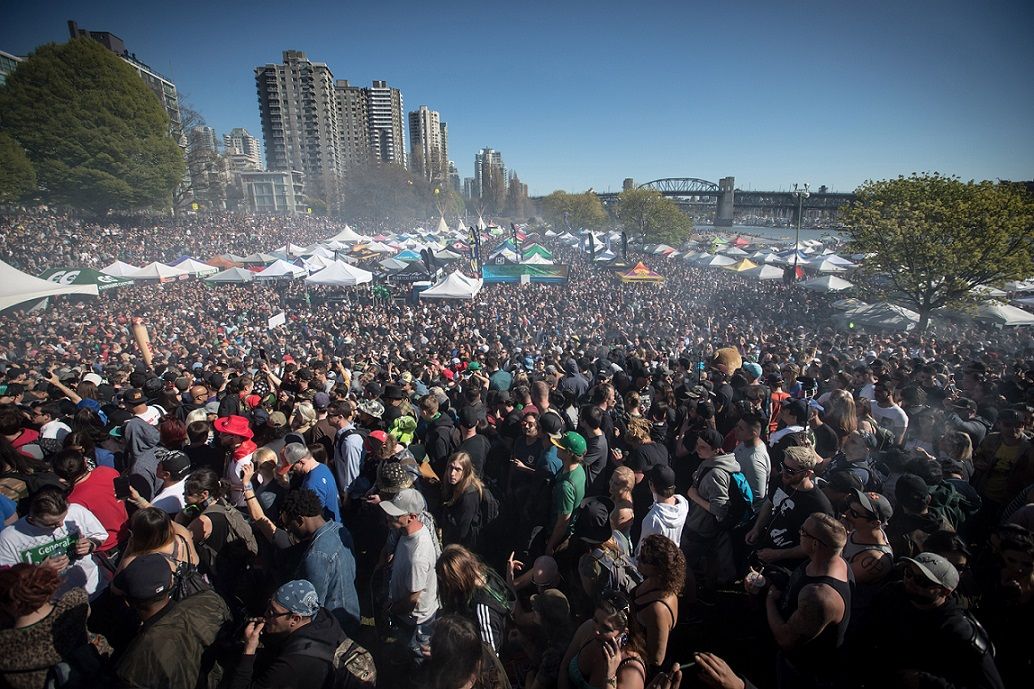 What would have been Vancouver’s 26th annual marijuana festival has been sidelined by the COVID−19 pandemic but organizers say a virtual celebration will go ahead....