A look at the most powerful kind of psychedelic mushroom

Most people don't realize that there are many different strains of psychedelic fungi, also known as magic mushrooms, since it's rarely a subject of discussion among consumers. Unless you're an enthusiast working in the vast field of mycology, or someone with experience cultivating these beauties, you've probably rarely, if ever, heard anything about there being different kinds to choose from, but now that so many are interested in using to achieve varying states of mind or to relieve medical symptoms, it's more important than ever to get this information out there in the open.

What is the most potent type of magic mushrooms?

The truth is that we don't exactly have a tonne of useful research on the subject, which is why so few scientists can agree on the many species of fungi that qualify as psychedelic strains, but we do know that there are more than 1.5 million types, with some experts leaning more towards believing there's as many as 5 million that still exist today. Either way, it's safe to say there are many different magic mushrooms out there, and it's only natural to be curious about which ones might be the most intoxicating.

What we do know is that there is one subset of those species that naturally contain psychedelic compounds like psilocybin, and there are hundreds of these strains. One of the most popular kinds of psilocybin mushrooms on the market today is psilocybe cubensis, but they are nowhere near the most potent because they do not contain the highest concentrations of psilocybin. Many experts believe that psilocybe azurescens is the winner in this contest of strength.

Psilocybe azurescens is believed to be the strongest type of psilocybin mushroom, but it rarely makes appearances on the black market or anywhere else other than in nature. It grows only along the coast of Washington and Oregon in the United States, and unlike other psychedelic strains, which would normally thrive in pasteurized soil or manure. Psilocybe azurescens is typically found only in environments with high lignin concentrations, like grass or wood. The strongest magic mushrooms in the world also only make appearances towards the end of the year from October to December, where they thrive in plunging temperatures reaching -40°F, which is incredibly cold.

In nature, Psilocybe azurescens are generally found growing in small, condensed clusters with large caps measuring 30-100 millimeters lending to the nickname flying saucer mushroom. These large, caramel-coloured discs rest atop thin light stems, but they don't stay plain-looking for long, thanks to a chemical reaction that occurs when the fungi are exposed to the air called bruising. Bruised fungi might boast deep hues of purple or blue, with the darkest caps containing the highest concentration of psilocybin. In some cases, they hold so much of the psychedelic compound that they appear black.

It is also important to note for the purposes of scientific accuracy that technically, psilocybe azurescens isn't a strain. Instead, it is a species or lineage within the psilocybe genus. For the average consumer or interested researcher, this might not really matter, as it is not uncommon to find the words strain and species used interchangeably, but we want to provide our readers with the facts, and now that we've covered them, we can move on to answer the question you've probably been asking yourself which is why don't we hear about the most potent kind of magic mushrooms more often?

If it's really the best, then why don't we hear about psilocybe azurescens more often?

The reality is that psilocybe azurescens is really hard to find outside of nature, and that is for several reasons, like the fact that its spores would need to be harvested in an accredited laboratory to be sold on the legal market, which means that it'd have to be artificially grown, a process that's no easy feat. With incredibly strict environmental and substate requirements, it's notoriously difficult to grow this species, so even those who supply the black market are unable or unwilling to take on the challenge. Though many enthusiasts, patients and microscopists would be excited by the opportunity, psilocybe azurescens just aren't worth the time and energy they take to grow. 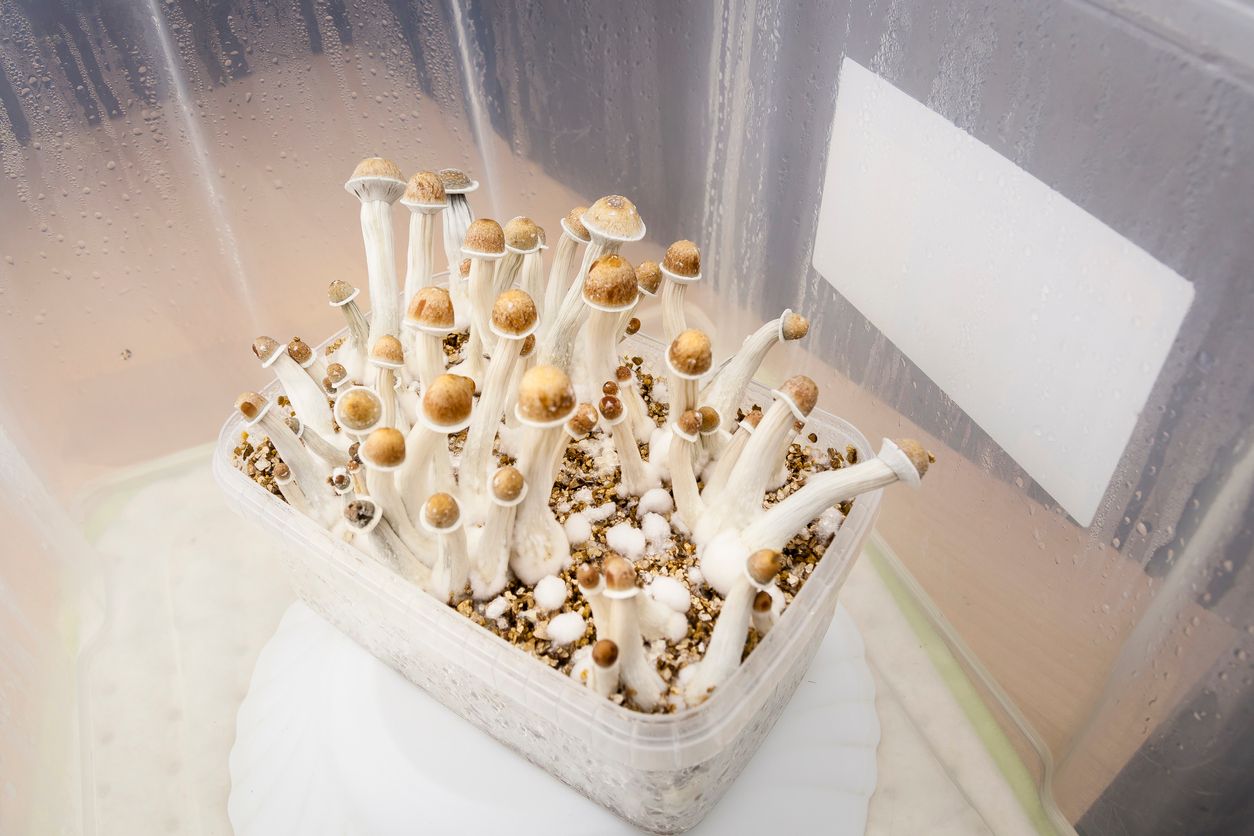 How to grow magic mushrooms

Here, we cover the basics of what you’ll need to know to be successful in this endeavor, from spore to potent mushroom....