A look at the history of weed

It is fascinating to see how things change over time. In 2700 BC, marijuana was documented in a Chinese medicine book for its therapeutic properties. Interestingly enough, the journal states that cannabis had remained known to help with absent-mindedness, gout, and malaria, and the Chinese emperor documented that.

The use of marijuana then spread to Korea and India, and eastern Africa. This represents going back to a time that natural herbs were the primary medicines and many doctors. The use of cannabis then spread from China to Korea, India. The cannabis plant has been flagged as the herb that could release us from anxiety.

Ancient medical practitioners were known to prescribe marijuana for pain relief, and in transcripts from 1500 BC, the Egyptians mention cannabis as a great way to treat inflammation. African slaves that were being taken to brazil made sure they brought cannabis in the mid-1500s, and they were allowed to grow and smoke the marijuana plant in the country.

These strains are the originals. It is difficult to find a pure Sativa or Indica, as most strains today seem to be mostly hybrids. In the 60s & 70s, cultivators started to collect landrace strains because they were considered heirlooms for breeding in their home gardens. Below we have made a little list of landrace strains.

We are not saying you cannot find these strains, but there has been a lot of crossbreeding. So, the majority of cannabis strains that you’ll find these days are hybrids.

Cannabis in the United States

In the mid-1500s, the Spanish brought weed to the new world. The intention was to grow the hemp plant for its durable fibers that made some solid rope, clothing, and paper. This rings true in Britain and Scandinavia too, where hemp made some robust ropes that could withstand the wet and salty waters of the sea. It takes 120 pounds of hemp to make ropes for a ship. In 1890 hemp was replaced with cotton as a significant cash crop in the US.

Cannabis was also a patent in many medicines, although heroin and cocaine took up most of the percentage in these medicines.

In 1910 legislators in America and Europe started to ban the use of drugs with the Harrison act in 1914, which was the first time that marijuana use and other drugs like cocaine and heroin were considered a crime. In 1925 marijuana was banned in 13 different countries, although this law did not take effect until 1938.

Cannabis began to catch people's attention in the 1920s. Some believe it was the prohibition that piqued everyone's interest. The majority of users were jazz singers, and they were not afraid to sing about it. Marijuana was considered an excellent way to bring out creativity for art and music, and this is still true today. What was then called “tea pads” were popping up all over the place.

Tea pads are Smokey cannabis nightclubs that have live jazz musicians. These clubs did not have any issues when it came to the law as there were never any problems at the clubs, so they were tolerated, and cannabis was not really considered to be a social threat.

When did marijuana become illegal?

From 1850 until 1941, marijuana was prescribed for many different conditions like nausea labour pain. In the 1930's, a campaign was conducted by the Federal Bureau of Narcotics, and their goal was to portray cannabis as a highly addictive drug. One that would make people violent, and this is strange considering so far, the history we have covered has nothing of the sort was ever documented, and to this day, there is absolutely nothing to back that statement up.

The 1950's, marijuana was considered an accessory of the so-called beat generation . The 1960's was the hippie generation marijuana was mostly consumed by hippies and college students & was considered a form of rebellion against authority.By the 1970's, the controlled substance act classified Heroin, LSD, and Cannabis as schedule 1 drugs, meaning that they had high potential for abuse and no medicinal benefits. That is when Columbia became the main supplier, and the black market began to thrive.

The Reagan and Bush administration

This was when the zero-tolerance policy was introduced, and there were some very strict laws outlined concerning any drugs that were a schedule 1. It was then that mandatory sentences were put in place for the possession and production of cannabis. The borders were monitored for drug smugglers, and the "War on Drugs” truly began.

By 1982 the DEA turned it’s full attention to cannabis farms in the United States. This rained havoc on the country, and its cannabis &hemp farmers were shutting down any and as many producers of marijuana and hemp. All the while, the drugs coming through the borders didn't seem to stop, and it was almost like the rules only made it a more lucrative business for drug smugglers.

Over the years, cannabis was considered a schedule 1 drug which prohibited the possession and use of it. Many people were arrested during the Regan & Bush administration resulting in overcrowded jails and just as many people left in hardship in hopes of finding work or a place to live.

In 2018 we had the privilege of seeing Canadian history make cannabis 100% legal to use and cultivate for recreational and medicinal purposes. In the United States, many individual states are legal, and some are still trying to change the laws. We have seen many activists that are making the marijuana movement work and happen. Today we sit in a time that we can now watch history as we make the same changes in the US and hopefully worldwide.

So here we sit in 2020, patiently watching and waiting for a history of changing for the better good and freedoms of free choice. 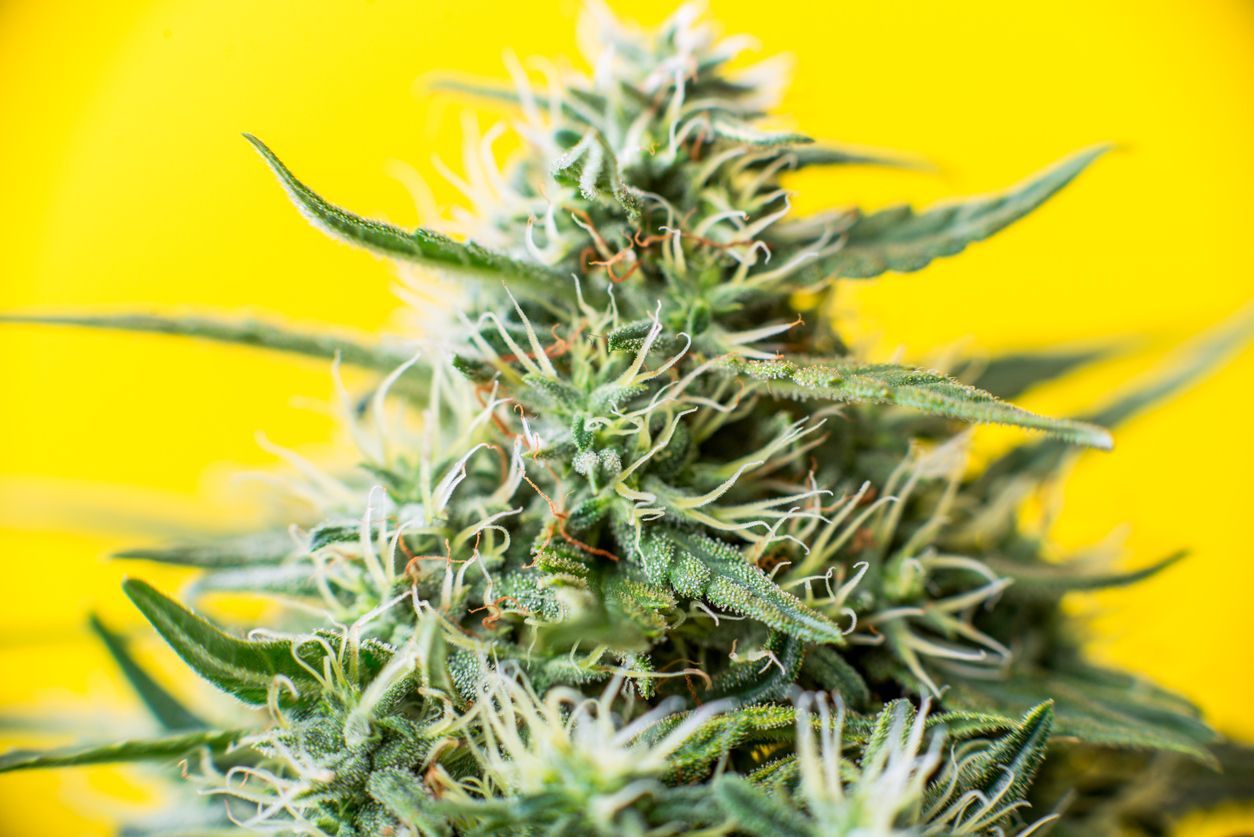 The facts and history about the Pineapple Express strain

The Pineapple Express strain has successfully ingrained itself into cannabis culture....