Why knowledgeable and experienced budtenders are essential

Budtender jobs might not be the most respected positions in the cannabis industry, but the value they bring to the table should never be underestimated, and this is something that’s become glaringly clear to me over this last year. Most cannabis enthusiasts think they’d excel as a budtender based sheerly on exposure, while the reality is that when a cannabis store puts an individual who lacks extensive knowledge at the counter, things can go all different kinds of wrong, a situation that I’ve now seen play out firsthand here in Canada.

After one terribly confusing interaction with a local neighborhood budtender on a fine Saturday afternoon, I left realizing just how little he knew, which was more than a little bit disruptive to my plans for the day. It was one of the most awkward moments that I’ve ever had to endure in a legitimate business, and it left me wondering for the rest of the weekend. Did I happen to visit when the real budtender wasn’t on staff or was it that I chose the wrong employee to question? Was I just really lucky when I scored a cannabis store managed by a true expert in weed or is this somehow still the norm?

Ultimately, I decided that it was up to me to see just how common of a problem this is while also noting how it could impact the experience of the average shopper and consumer. This would be my own private investigation, but I wasn’t quite convinced my results would be worth sharing. At first, I had “high” hopes, as my faith in my fellow cannabis professionals has never waned. Besides, after all of the courses, educational seminars, and other extended learning options I’d heard about, it only seemed logical to assume that the average dispensary in my busy city would have at least one person on hand who could answer the questions that really matter.

So, I set out to prove, or so I thought, that mine was a rare type of experience, and with assistance from Google maps as my guide, I sought out four entirely separate cannabis store locations to investigate. There was no solid plan aside from strolling on inside and seeing where some casual conversation would take me, and this is exactly what happened at each of them. For privacy purposes and to avoid unnecessary hate, the names of these selected locations will not be shared, as the point here is not to shame but to educate. However, I can say that every one of them is located in Ontario.

The first dispensary I visited set the bad high, with modern designs and incredibly helpful staff that assisted me almost immediately. My conversation with the budtender began with some simple recommendation questions, and each one was followed by a colourful description that included everything from how each thing would taste to how the effects might feel with a slight mention of how some of them are made. Though I already knew everything this kind gentleman had to share, it was heartwarming to see his love for the plant in action, and it was obvious that he belonged behind that counter.

I left with some of the most delicious terp sauce that included all of my favourite aromas, and this minor success felt like a huge win. After this first exchange was said and done, I hopped into my van to look up the next destination wondering whether the rest of this search was necessary, but of course, location two was the one to take my expectations down a notch.

Store two was a cute little shop surrounded by ample parking, and business seemed to be going pretty well. Customers were lining up as fast as they were leaving in a never-ending stream, and product selection was vast, with more than a few things catching my eye, so I got excited to ask a few questions. Since this cannabis store had seeds, I decided to approach the budtender with one simple question. “I have a really small space to grow in, could you recommend a strain for me?” He looked stunned by the inquiry and didn’t answer right away, so I reworded my question. “Which of these seeds will produce the shortest or most compact plants?”

He sighed before passing me a package and walking away, which didn’t make me overly confident in his selection, so I took down the names of all of the strains they had available, paid for my purchase, and headed towards my trusty van to do some research. As it turns out, he handed me the one type of seeds that would very likely tower over all the rest, an odd and very obviously unknowledgeable choice indeed.

Pot shop three was one that I had heard so many people talk about, that I had actually been meaning to check it out, so once again, I walked through a set of doors in hopes of finding at least one knowledgable budtender. This place, despite its reputation, was pretty empty during lunch, so I had it and the attention of staff all to myself. This time I thought I’d ask a different question, one that any real enthusiast should be able to answer without a formal education. “Which one of these strains is the most potent?” Yet again, I was greeted with a look that suggested my inquiry was somehow unanswerable, and so I pressed on.

I told him that I have a high tolerance and as a result, I need something that is more suited to someone with higher needs. I also expressed my disappointment in a recent purchase as a reason for my inquiry, at which point he responded by flipping through pages to read off the THC content of each one. No further questions, no friendly conversation, just a droning on of facts without a single recommendation. This actually makes me feel awkward and after several more attempts of rewording, I left this cannabis store empty-handed.

Dispensary number four was a mixed bag of strangeness and wonder, as I was led astray by one unknowledgeable employee who was eventually corrected by another that was far more familiar with cannabis in general. First, I asked about THC crystals, and one of the girls behind the counter didn’t seem to know what I was talking about. Since it’s an uncommon product to find, I moved more towards something new entirely, topicals. I asked which ones were best for back pain. “Any of them” was her answer, despite the fact that one of them was a face cream, which threw me for a bit of a loop.

Luckily, another friendly female employee rushed over scolding the less than helpful worker, practically pushing her out of the way to assist. She immediately showed me a few that I hadn’t even noticed in the display, carefully and thoroughly explaining how each one worked, what I could expect from them, and how they should be used. Though I’d never really been all that interested in topicals, she somehow convinced me to take a leap, and I left with no less than two new bottles of cream for my achy muscles.

Up until that odd afternoon, I had frequented the same dispensary month after month, with the utmost loyalty, quite pleased with services received, but on this day, I was running behind, which put me just after closing time, forcing me to settle for the one-pot shop that was still open. Without this one revealing moment of happenstance, I never would have realized what normal really is where budtenders are concerned, and as a cannabis educator, that is a disconcerting thought.

We spend so much time telling consumers that they need to learn more about the plant and how it works, while we don’t seem to be worried enough that the staff selling these products have a good grasp on what they’re doing, and this lack of foresight comes at a huge cost. These are just a few of the things that stood out to me the most about my interactions with inexperienced budtenders. 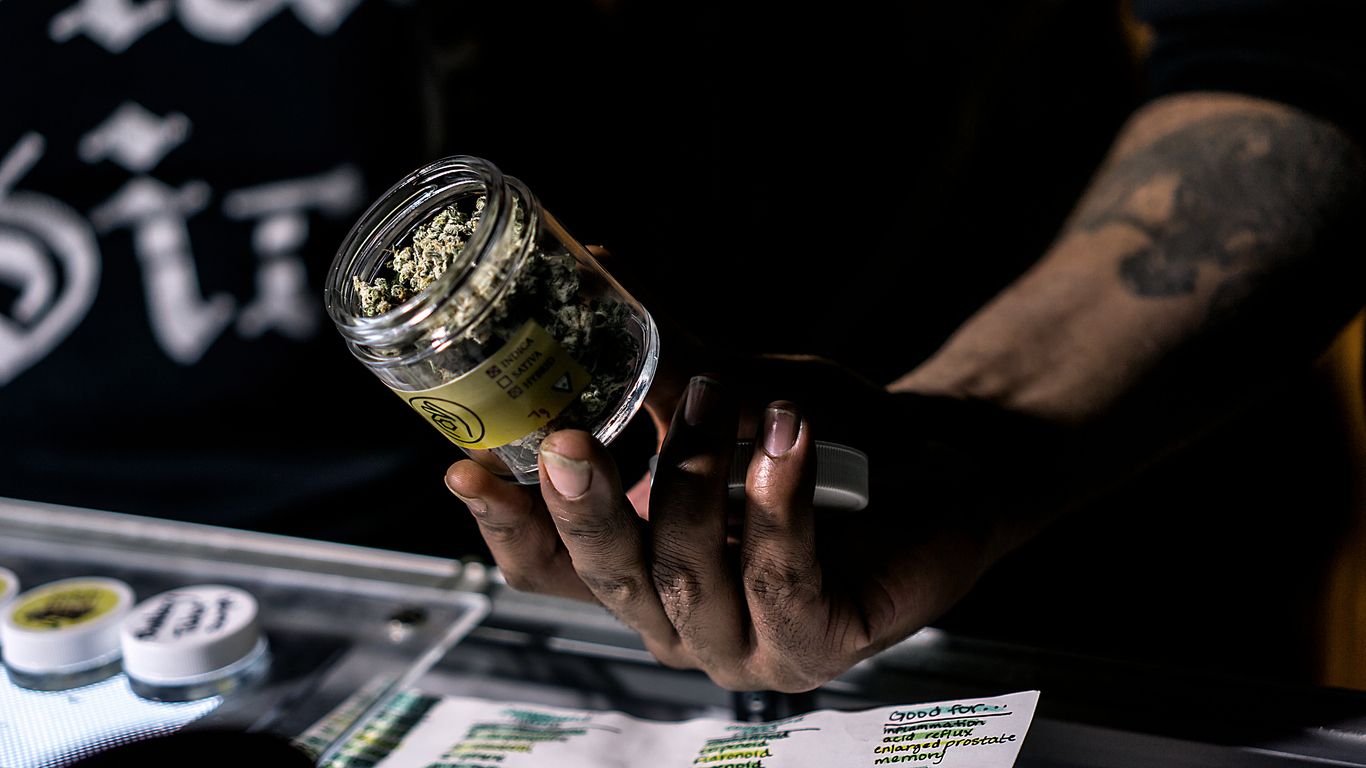 It’s ok to be open and honest with your budtender, as most of them thoroughly enjoy helping fellow cannabis enthusiasts to find what they need....