Not long ago, the idea of a liquid marijuana drink would have been laughed at, but now that legalization is taking hold, and people are becoming more comfortable with the idea of using cannabis, some companies like Canopy Growth are betting on their success with their own future. According to their research, over 75% of customers who have tried the new THC and CBD drinks would gladly rebuy them again in the future which triggered a major decision from Canopy Growth to take a leap from the dry green market into cannabis-infused beverages.

That isn’t the only survey that the corporate giant is basing its future plans on either, as their subsidiaries Soda and Tweed Bakerstreet & Ginger and Tweed Houndstooth have had some pretty significant success since getting their first shipments between March and April of this year. Both locations have found that THC and CBD drinks make up a large portion of their revenue and that there is clearly a potential for a broadening of the market due to demand alone.

These facts and extensive market research are great to have when you’re a big company like Canopy Growth who is trying to stay on top of their game, but the average consumer isn’t buying them just because someone said that they’d be popular. Instead, they’re likely making the decision based solely on the list of reasons that are provided below.

1. They offer a precise dose of cannabinoids

Homemade varieties are more difficult to judge for potency with the tools that most consumers have at their disposal, but store-bought edibles and drinks can offer an ideal level of control overdosing that was never possible before. You can now order up a brownie that contains the exact amount of THC as half of a joint, or pick up a refreshing beverage that holds enough THC to compare to what you’d normally use in an entire day, and that is appealing to consumers who have never tried cannabis.

2. They’re safer for your health than smoking

One of the most unappealing things about smoking cannabis is that you have to inhale a big cloud of some to get high, and that can dry out your mouth, causes yellow teeth, and make you cough up a storm, and all of those things can be taxing on the body over time, but edibles and THC or CBD drinks are simply eaten, which means that you don’t have to degrade your health to use these cannabis products of the future.

Some cannabis uses swear that they love the taste of some good combusted terpenes, but many could do without the stale taste of smoke in their mouth. This is believed to be one of the most enticing factors that draw new consumers to try edibles and drinks, as they look and taste absolutely amazing when they’re made right. You can make edibles taste so good that you'll crave them even when you don’t care to be high, and that is more than we can say for any kind of inhalable cannabis products.

A big turn off for many non-users of cannabis is the smell, as most pot products come with a skunky and intense scent that is impossible to ignore and difficult to mask with things like perfume or cologne, but with edibles and beverages, you’ll never have to worry about the lingering smell of cannabis on your clothes, in your hair, or hidden just under your breath. This also offers a level of discretion that few other cannabis products can’t, which is a big selling point for those who have never used cannabis.

5. They can be enjoyed for health benefits rather than the high

Though companies like Canopy Growth expect that the majority of cannabis users in the future will still be recreational consumers, the forces behind medical cannabis and the evidence to prove its effectiveness to treat a wide variety of conditions has a lot of people suddenly considering cannabis products. This is an incredibly profitable point, as they can spend less money growing high CBD hemp strains than they would when making drinks that are just meant to get you stoned, and because it adds thousands of more potential clients to their future consumer base. 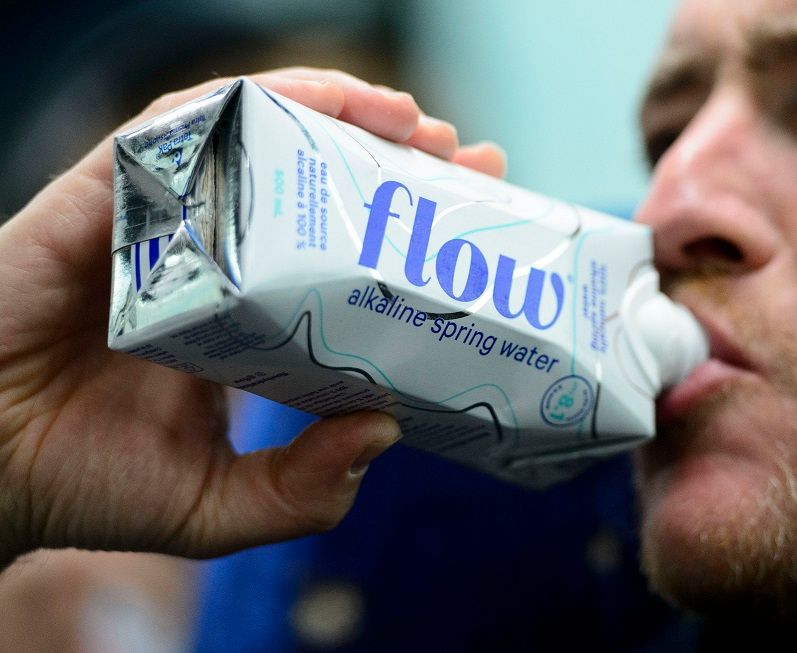