This month cannabis enthusiasts everywhere celebrated massive victories across the US, as five states passed new marijuana legalization initiatives. Still, Canada is far ahead of the game after introducing legalization more than two years ago. Sales have been skyrocketing to unpredicted proportions, and daily headlines make it seem like the big world of legal cannabis is on fire, and yet cannabis investors still haven't seen any profit off of these historical numbers, and we're here today to try to explain why that is, and when we might expect that to change.

In the beginning, when cannabis investors were lining up in droves to get in on what was supposed to be a guaranteed cash cow, dispensary sales remained incredibly low. Some blamed the high prices and inaccessibility for this terrible turnout, but prices slowly dropped as time went on. At the same time, dispensaries slowly added more new products to choose from. The legal industry became more competitive with the black market, with a significant increase in revenue by the end of the first year.

Edibles seemed to cause another flood of interested consumers who were unwilling to try smokable or vapable cannabis options. Still, the real driver behind the most recent reports of dispensary sales has been COVID-19. Since the first Canada wide shut down in March of 2020, cannabis sales have abruptly risen, and in October of this year, Canada saw $244.9 million worth of sales. Many investors had hoped that this would mean a break for cannabis stocks that haven't faired well, but sadly, that isn't the case.

No gain for marijuana stocks

Despite record sales, cannabis stocks have continued to sit at a relatively low value, especially compared to what they cost when they were initially made available to the public. Still, all of this doom and gloom in the cannabis market does have a good explanation. Most of it comes down to the fact that licensed producers aren't making any more money now than they did in the very beginning, as they seek to pay off debts and expand to stay competitive in an ever-evolving industry.

Unfortunately, Canadian marijuana stocks are very much at the mercy of the black market, as legal products come with a 10% tax imposed by the federal government, along with provincial taxes, making them far less affordable and competitive. This makes legal products less appealing to consumers, which is especially true for high-profit items like cannabis extracts, which aren't nearly as popular as pure flower.

Now that licensed producers are better established, they've managed to reduce the cost of doing business by investing in energy-efficient tools and machinery and rearranging business plans to meet growing demand over what was once predicted. Still, this small bit of savings was barely enough to level out the market and keep cannabis stocks afloat.

Dispensaries these days are selling far more products than ever before. However, the purchase price has significantly lowered in hopes of stamping out the black market, which essentially removed any financial benefits that may have been possible for cannabis investors. So while cannabis companies are doing ok thanks to the new influx of consumers, there isn't extra money lying around to be shared with investors.

When will cannabis stocks pay off?

Most experts predicted that the legal cannabis market would level out. Now that it has, we can focus on growths and improvements going forward, many of which should greatly benefit cannabis investors and consumers. It might not be today, or tomorrow, or even this year, but big cannabis is rising to the occasion and evolving at a promising pace for everyone who has a stake in the growing green market. 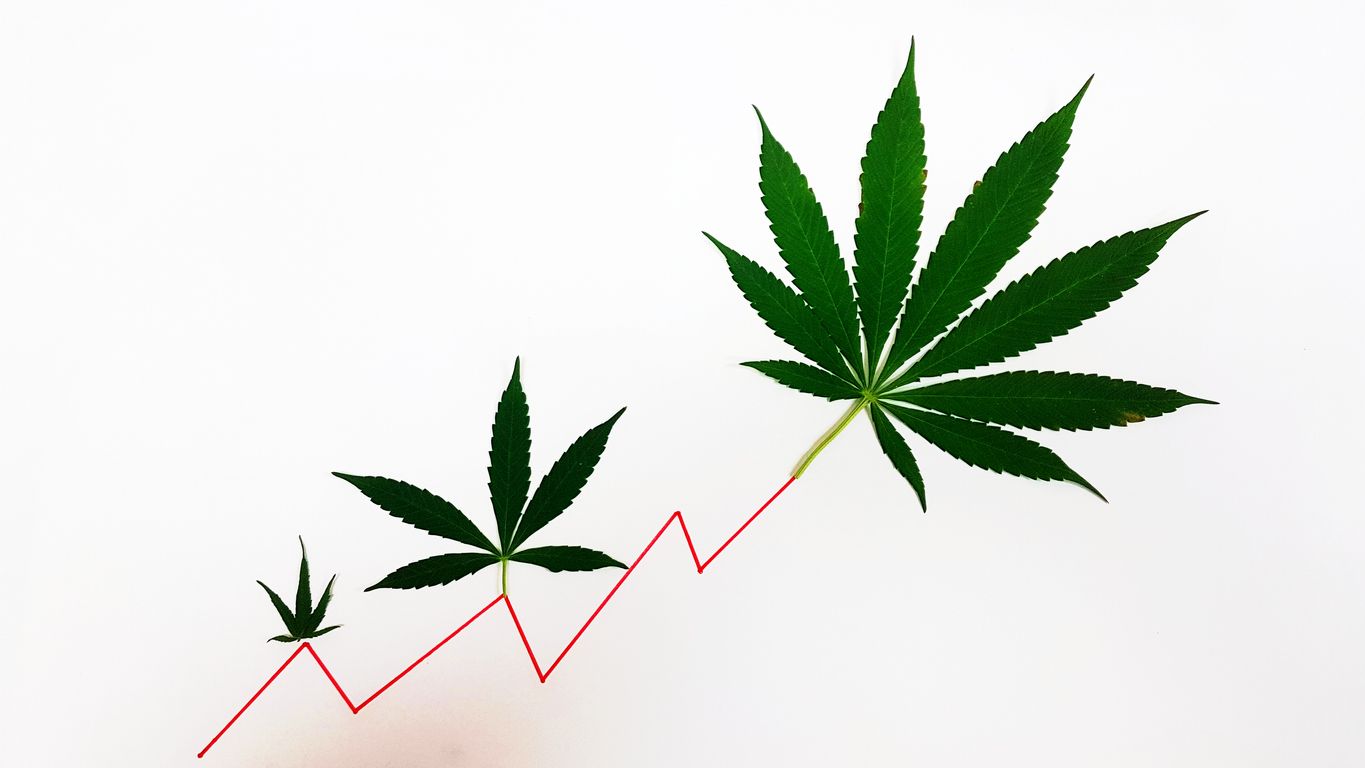 The cannabis stocks that made bank in 2019

The second-year ended in disappointing cannabis stock results in the USA because the market dropped by approximately 32% in 2019....