WeedMD is a federally regulated licensed producer and distributor of medical-grade cannabis. The company is one of the first licensed producers in Canada to utilize outdoor grow operations. and they currently own and operate two such facilities in Ontario.

One is located in Strathroy, Ontario, where WeedMD runs a 158 acre outdoor and greenhouse facility. The second is in Aylmer, Ontario, where there is a highly active 26,000 sq. Ft extraction and processing facility. Back in early June, dozens of workers dressed in yellow rain appropriate garments were out in the fields planting the marijuana plant seedlings and clones. The 11-hectare plot that was previously used to cultivate asparagus was now being transformed into a plot tailored for growing cannabis.

The workers were busy planting 21,000 cannabis seedlings and clones, using cuttings taken from mother plants. This massive farm is outfitted with plastic covers for each row to keep weeds from getting established and grow, and the facility is equipped with an irrigation system that is perfect for growing cannabis.

The operation in Strathroy began to reap the more than 11 hectares of the marijuana plant grown in their facility, in mid-October. Derek Pedro, the chief cannabis officer at WeedMD, wanted the marijuana plant out of the ground by October 19. He acknowledges that the plant is capable of withstanding a frost, just not multiple episodes of frost.

Some of the strains being cultivated at this site include Ghost Train Haze, Pedro Sweet, and Ultra Sour as some of the thirty-five strains chosen to grow outside. The marijuana plant strains chosen are relatively hardy, and the selected strains all have high concentrations of the potent and intoxicating cannabinoid THC. This cannabis cannabinoid is responsible for the high that is experienced from the marijuana plant.

The chief executor of WeedMD, Keith Merker, proclaims this facility to be one of the most extensive legal cannabis cultivation sites existing in the world today. The end of October will see the harvest of twenty-one thousand marijuana plants. The chief cannabis officer believes growing cannabis at this facility, has proven to be a success for the first growing year. He is quick to give credit not only to his expert growers for growing cannabis but to mother nature herself. He reminds us that this plant has been growing for millennia.

WeedMD is currently preparing to expand the outside cultivation of growing cannabis to 40 hectares. The marijuana plant has provided an increase in the workforce at the plants raising the number of employees from 100 to 210 in less than a year.

The company increased yearly yield to 50 tones, from 10 tones

Recently WeedMD announced the transitions that are happening in the Aylmer, Ontario facility. This facility will become a cannabis extraction and processing hub. With large volume of high cannabinoids, and input materials being low cost, this outdoor harvest is looking to position themselves in the growing cannabis market. The company is ready for the extracts and concentrates that are about to hit the market.

The Strathroy-Caradoc Mayor Joanne Vanderheyden proudly rolled up her sleeves along with the staff at WeedMD to be a participant in the history-making agricultural endeavor in Strathroy. 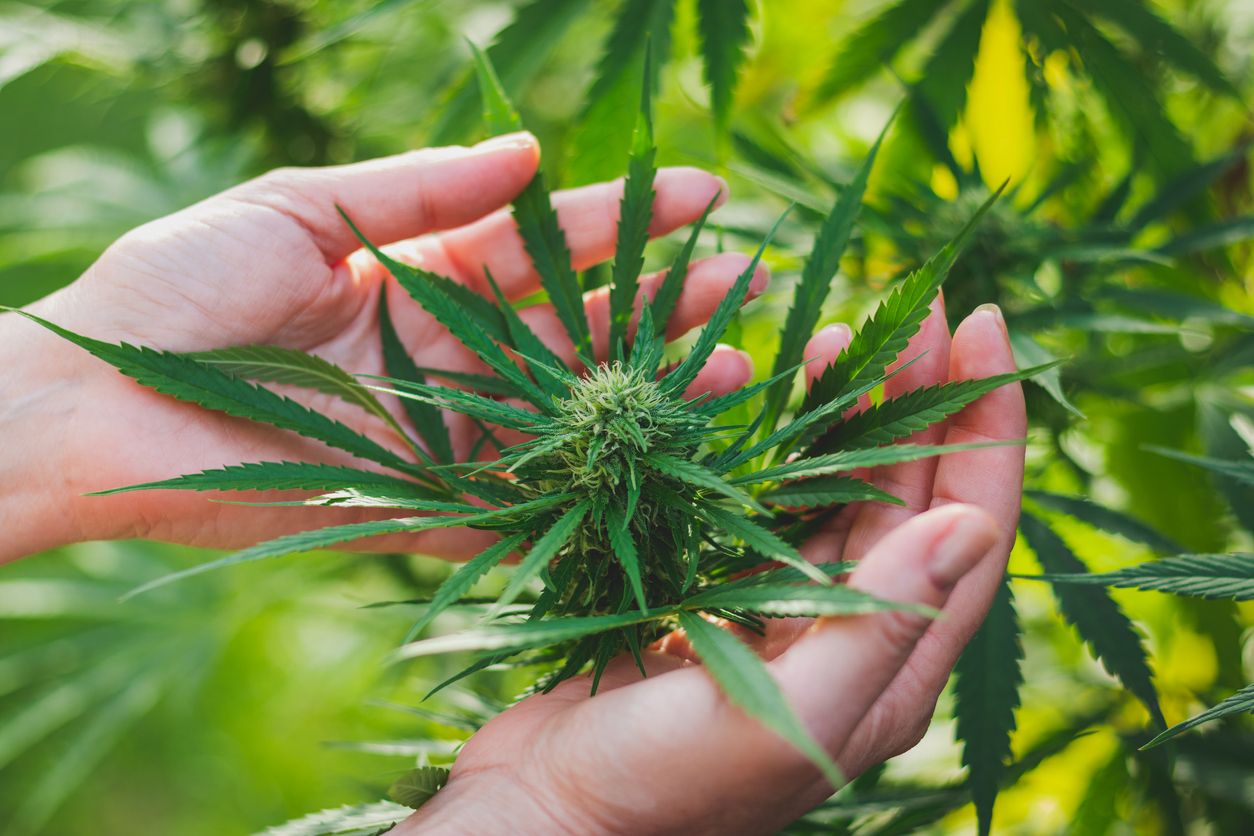 Now that the imminent threat of frost is here, most growers have harvested their outdoor plants....