Vape pens are quickly taking over the cannabis 2.0 market

The most popular cannabis 2.0 product is marijuana oil vape pens in three prominent Canadian provinces. Edibles, concentrates, topicals, and beverages combined fell behind the revenue obtained from the sale of vape pens during the first six months that the vape pen was available in Canada.

So what exactly is a vape pen?

This product is a battery-powered device used to inhale vapours produced from oil or liquid cartridges. A rechargeable option is available on most vape pens, and this type of pen can accept a few different oil cartridges.

The vape pen has four components, including:

Inhaling from a vape pen requires you to suck the vape liquid or the oil into the heated atomizer, which turns the oil or liquid into the vapour. Inhaling the vapour through the mouth will produce the effects of which substance you have chosen. Vape pens differ from dab pens because they are manufactured only to use concentrates or dabs. Dabs are more concentrated forms of THC, which produce higher effects. The components of the dab pens are similar to the vape pen and operate with the same functions.

Seattle based analytics firm Headset has data that indicates the vape pen market exceeded the pre-roll in February. This selling trend continued to June, culminating in pre-roll sales comprising 12.5% of the Ontario market share while vapes came in at 15.1% in sales. These numbers that Headset provides are solely private businesses, and they do not include OCS (Ontario Cannabis Store), the province's online cannabis monopoly. However, the reported numbers from the OCS correspond with the market sales of weed pens. The numbers indicated that vape pens were the leading cannabis 2.0 product.

Lake City Cannabis, located in Cashmere Alberta, reports the Canadian cannabis consumers are partial towards the weed pen or, as some call them, vape pens due to their convenience and low odour profile. Ryan Roch owner of the pot store has noticed that vape pens and cartridge prices have declined over the past six months. He believes competition in the category could be the reason for the drop in prices. The same vape pen that Haven St dispensary launched with the opening was $80.00; it now retails for $40.00.

Some noticeable differences between vape pens include the name and the form of cannabis you use with them.  With the vape pen, you load an oil cartridge into your device, whereas dab pens require you to load a small amount of concentrate or wax into a coil to use them. Dab pens also require a higher temperature than the vape pen. For those that like to have less amount of clean up, the vape pen is the best choice. The vape pen requires a cartridge, which equals no mess.

Convenience is the word for this type of cannabis accessory. If you are now beginning your high experience with vaping, it is important to remember that there are many different vape pens to satisfy your needs.  Perhaps you prefer the convenience of the cartridge method of vaping, as it’s easy to use and aesthetically pleasing. Some could compare the vaping way of consuming your cannabis to the pre-roll, simple, easy, and effective. 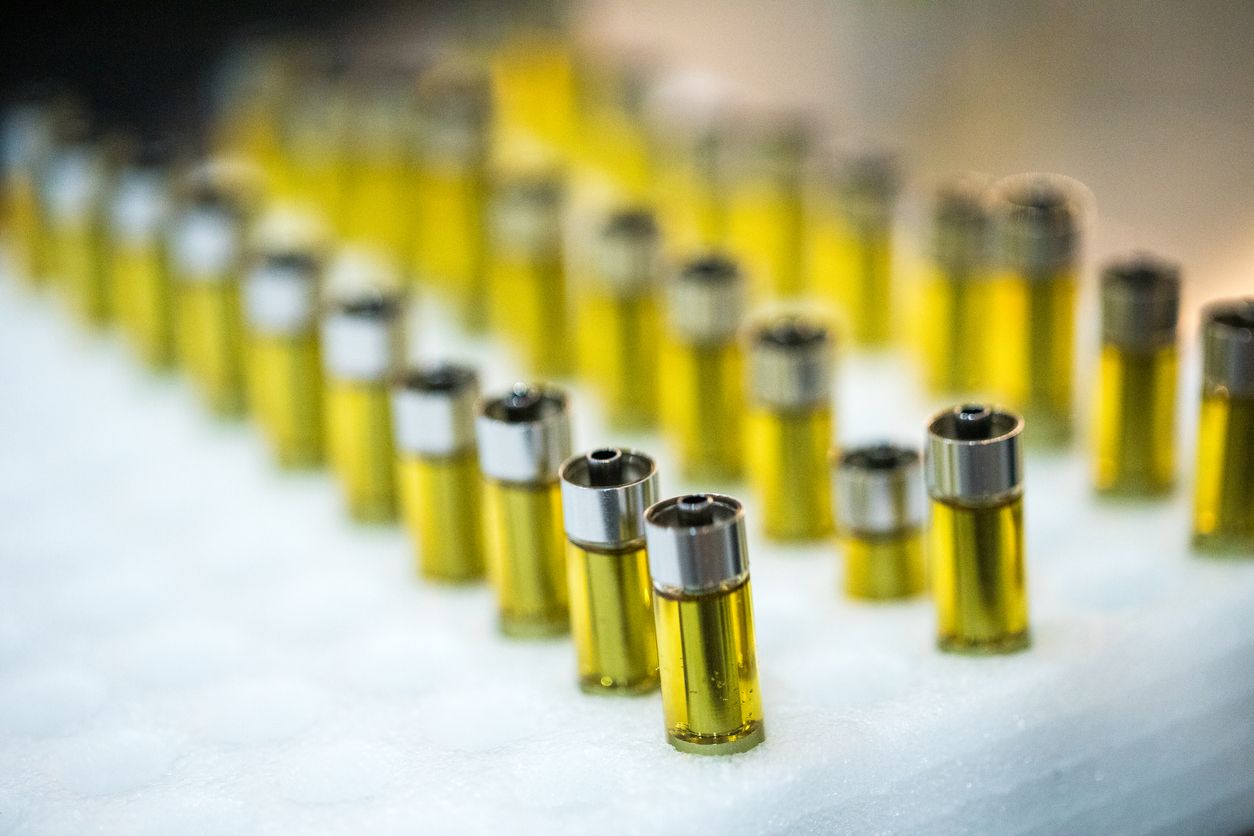 For those items to make it back onto dispensary store shelves, they will have to pass a series of tests....