Growing hemp is all the rage these days, and it sounds like a stellar idea. It’s great for the environment, useful for creating a vast number of different products and materials, and it’s a brand-new industry that isn’t flooded with too much for competition which is what makes it so appealing at first glance. Unfortunately, it’s not all sunshine and rainbows, as there are still a number of barriers that farmers struggle to overcome when they choose to get into the hemp farming race.

1. A lack of funding to get started

When a person first chooses to get into a specific agricultural market, it’s often a relatively easy feat that will be backed by banks and private investors alike, but there aren’t many companies out there that will help with things like buying hemp seeds or purchasing the necessary equipment for harvesting because the hemp industry is not looked upon too fondly by the banking industry.

It’s an uncertain bet that takes you into odd legal grey areas that could result in insurmountable losses for everyone involved if it goes sideways, and since the banks know that as well as everything else on this list, it can be really hard to convince anyone to lend you a hand if you don’t have the cash to get up and running on your own, regardless of how good your ideas for hemp farming may be.

Growing hemp sounds like the ultimate solution to many of our environmental problems, and you would think that there would be a huge market for that, after all, it can be used to replace everything from plastics to metals and even fuel, but the trouble is that no one is ready to fund this change, and by no one, we mean investors that are capable of making such financial decisions.

You know that hemp plants can make hemp rope, plastic and even concrete and that hemp seeds are really good for you, but do you have any idea where to go to buy their products? Can you think of a single name brand that backs hemp farming or uses related products? The answer is probably a cold hard no, and without a marketable interest in the product, there are no available contracts for would-be hemp farmers.

When farmers decide to plant something simple like corn, they can sell anything that they grow to big companies long before a single seed ever hits the earth, and this helps to make the switch from one type of plant to another, but with hemp, there is no big board that oversees all exchanges, and there are no guarantees or payouts until after harvest, and that’s if you're lucky, because without the big brands and investors on board, you won’t see factory owners spend the money to convert to this more environmentally friendly alternative, and farmers will have to do a lot more legwork to sell their harvest.

Most people view hemp as a distant cousin of cannabis because we are typically led to believe that hemp flower contains little to no cannabinoids when in fact, they can often supersede their recreational counterparts under the right conditions. You see, hemp and cannabis are truly the same types of plants. They have just been selectively bred to produce ideal qualities to serve a specific purpose.

When you’re growing hemp that is intended to produce low quantities of cannabinoids, there are rules and it doesn’t matter if the plant materials are being used to make rope or to create large batches of infused oil. Either way, the plants cannot exceed the industry standard of 0.3% THC and if for some reason they do, which could be caused by something as uncontrollable as a hot, dry spell, you can be ordered to destroy the crop.

This insane standard is meant to keep unsavory farmers from growing hemp that will result in psychedelic and recreational products because these plants and cannabis have entirely different rules when it comes to their farming. Cannabis plants in most regions must be cultivated in indoor facilities, which keeps them out of the hands of minors, and hemp can be grown freely in a field, just like corn or any other common crop, so going over this limit with such little protection can have dire consequences.

Now, you might think that this should be relatively easy to control, especially with some of the world’s best scientist and genetics experts on your side, but the reality is that genes only go so far in predicting the outcome of any plant species, and hemp farming can be unpredictable this way. Growers can do everything within their power to keep the environment as healthy as possible, but nature often has other plans.

Hemp is a strange plant species because under more controlled circumstances they will often produce a highly predictable level of either CBD or THC, but once they move outside, any stressful situation can trigger a change in the plants, and that can force them to produce much higher quantities than you may have otherwise expected, which for hemp farmers could be devastating and result in unrecoverable losses that can’t be made up until the next growing season.

A lot of farmers are enticed by the idea of growing hemp because it is believed to be an incredibly profitable endeavor, as it’s associated with cannabis, which is a pretty hot commodity these days, but the average cost of hemp or hemp made products is nowhere near what is offered by its close counterpart cannabis. Sure, you can make a profit by getting into this exciting new market, but it’s not going to make you rich, and without any guarantees, it might be just as profitable if not more, to choose another kind of plant to work with.

Some love the idea so much that they delve right in and put everything on the line to make it work, and that can certainly work out in the long run as long as the farmers can find suitable buyers for their goods, but there is so much risk and gambling that is deeply ingrained in the market through laws and regulations that most who research the idea, ultimately decide that it’s just not worth it for such a low potential payout.

Hemp farming is fun, but it also comes with quite a few downsides and one of the biggest that we’ve heard from those who are actively cultivating hemp plants is the sheer behavior from other people who may reside in the vicinity or travel close by often enough to notice something that looks just like a stereotypical cannabis plant.

Sometimes it’s neighbours that are complaining about the smell, as they fear the attention that it might draw from other locals, and for a good reason, as the destruction of crops by regular everyday people who mistake the plants for cannabis, and decide to help themselves to some is a real struggle for most modern-day hemp farmers.

If they don’t have bylaw investigating due to smell, or neighbours raising concerns over other potential problems, then they’re at war with random passersby who take it upon themselves to steal and destroy valuable hemp plants without much of a concern for who owns them. After making it this far, watching all of your hard work go down the drain can be awful, and this alone is enough to turn many would-be hemp farmers away from the idea.

There are so few opportunities out there for hemp farming today that we have one of the slowest evolving industries in the world, and that is a problem for a country that was one of the first to completely legalize hemp’s psychedelic cousin. With all of the risks, so few companies getting on board, and such strict rules for little reward, it’s no wonder farmers across the country are refusing even consider the possibility of switching to a new type of crop. 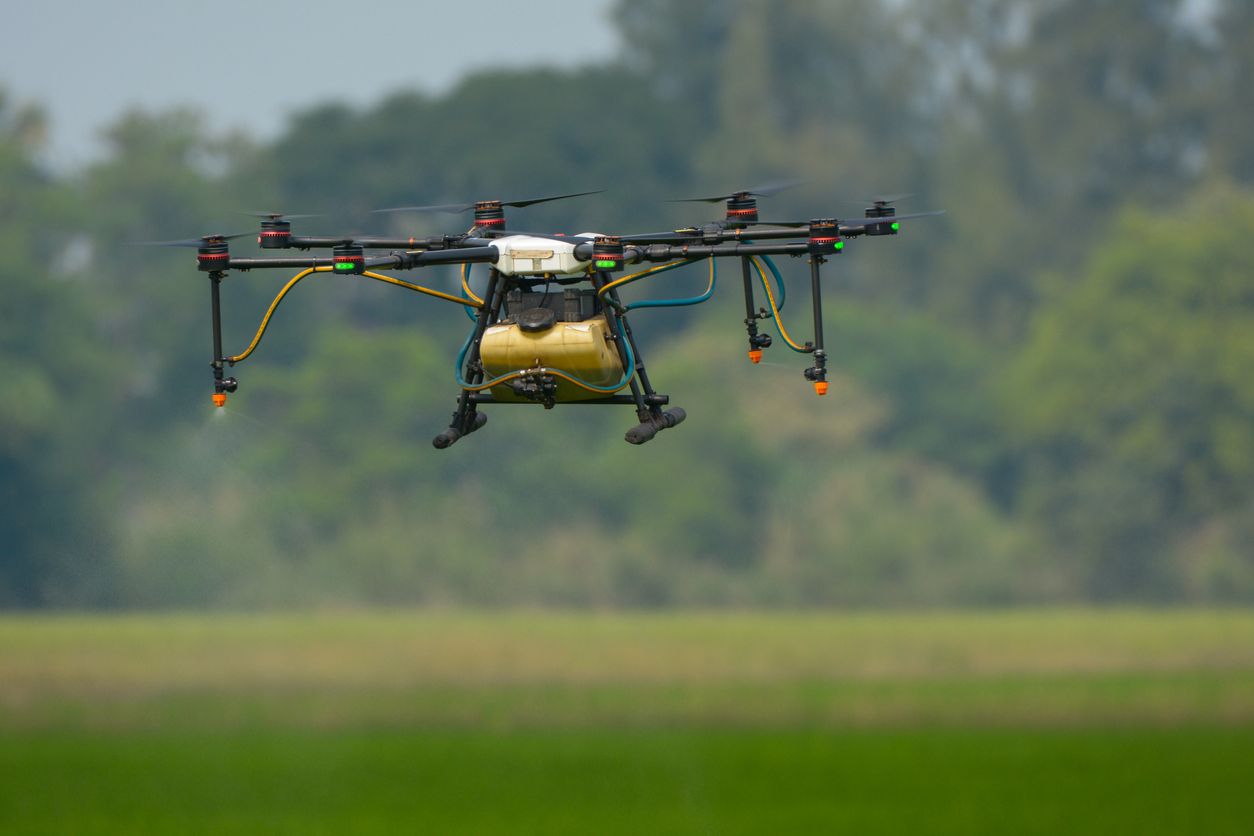 How some thieves are using drones to steal cannabis

The cannabis industry has improved its viability with the use of technology but so have criminals....