The success of African cannabis cultivators

Medical cannabis cultivation in Africa is booming. The weed plant is not new to the African continent, as there is evidence of 14th-century pipes found in Ethiopia having trace amounts of cannabis on them. Growing weed was not only for human consumption in western Uganda but many years ago, sick animals were also helped by drinking the water after boiling the cannabis leaves within in. Today growing weed in Africa is still for the sick. Medicinal cannabis shipped to Israel tipped the scales at 250kg, becoming the first commercial exported batch of marijuana from African cultivators.

Africa is home to over 32% of the world's cannabis consumers. Strangely the success of the African cultivator is not from the recreational market. Cannabis remains mainly illegal throughout the continent. However, Africa is becoming a big player in the medical cannabis space. Growing weed legally in Africa could help the nation by contributing 7.1 billion to the nation’s economy by 2023. Perhaps Africa is ready to join other countries in the world who are looking at producing the best cannabis cultivators.

Industrial Hemp, a Ugandan cannabis company that grows weed in computer-controlled greenhouses, partnered with Together-Pharma from Israel to provide medical plants that contain high levels of CBD. This chemical is often used in the make-up of therapeutic oils. Together-Pharma points out that growing cannabis in Africa is much cheaper due in part to the access of water and lower wages. The ideal climate and soil add to the benefits of the budding partnership being successful.

A tiny landlocked nation in Africa is a giant in the green medical cannabis space. The primary economy for the small nation of Lesotho is through medicinal cannabis cultivation. 2008 saw cannabis legally grow in this tiny nation, and processing and exporting cannabis for medical use was a legal form of employment. This little nation was the first to have a legal market for cannabis cultivation. The economy generated from growing weed here is through illicit trade with the larger and more prosperous neighbour nation of South Africa.

Sadly, the cost of a cannabis cultivator's license for the cultivation of medical cannabis is above the means of what the locals could afford. The small non-commercial cannabis cultivators who are disproportionately Black cannot afford to join the legal green road to success. The renovations required to their farms to meet the strict regulatory framework needed to grow weed legally is unattainable for most.

The cultivator's success often depends on:

This is a small part of the requirements needed for African cannabis cultivators to engage in the legal cannabis industry.

The roots are Africa long, and strong, and cannabis cultivators are just as tough in this nation. For those who believe in destiny, perhaps the motherland was destined to be in partnership with Israel home of the leading medical cannabis researchers and to help bring the cannabis plant out of the darkness and into the light by helping to expose all of the benefits the plant has to offer. As for the recreational smoker, the time has not come for full liberalization unless you are in South Africa, where it is legal to light up. 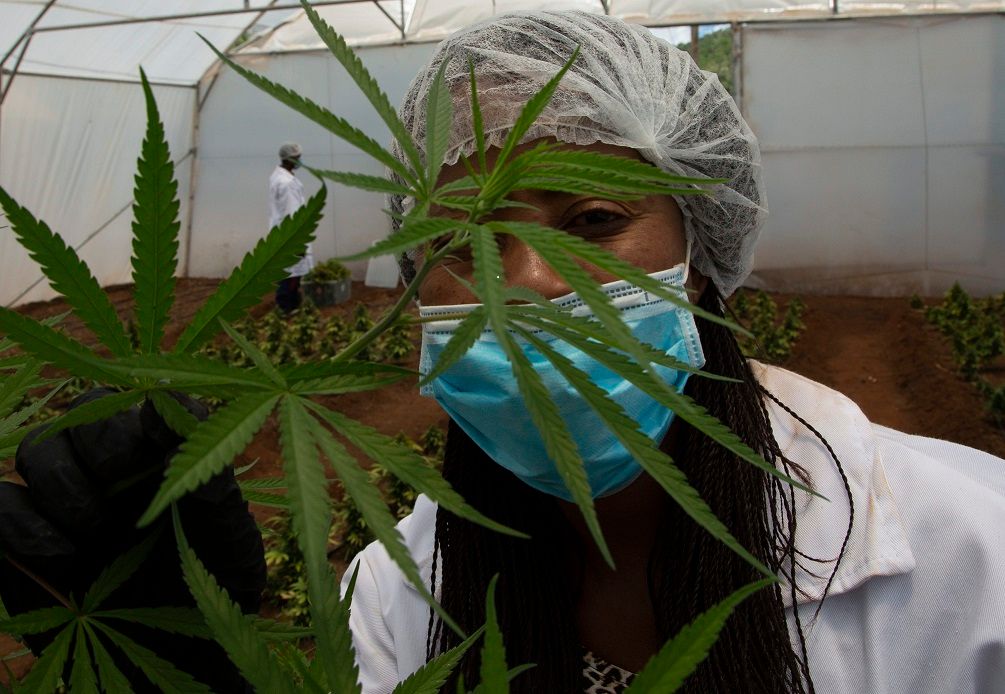 “One of the most important aspects of this industry is for us to find ways to uplift small farmers, particularly black rural farmers,” said McClelland....