The cannabis industry is no more evolved than any other

In this new wave of change, pre-legalization advocates are boasted as heroes while consumers are viewed as woke substance enthusiasts. For the most part, this perspective isn’t too far off the mark. Cannabis enthusiasts will forever be indebted to those who sacrificed and screamed from rooftops demanding justice and reform, as they were, and in many cases, still are part of this great evolving revolution.

Users in legal regions once shunned from the world are now generally accepted as wiser beyond their years for choosing effective nature-based medicines over pharmaceuticals despite persecution. It’s worn like a badge of honor for the horrors and discrimination endured throughout a decade’s-long war on drugs, offering an intense sense of pride, as it should.

We’ve come a long way in this battle, forging ahead towards even greater victories while bravely facing defeats of all shapes and sizes. Things that so many of us already knew are finally being acknowledged, like the fact that cannabis can work as an effective therapy to relieve the awful adverse effects induced by our most commonly used cancer treatments, turning what for many was just a way to relax into one of the most versatile new aged medicines.

As we ushered in this new era that promised a whole new world designed to be more accepting of cannabis users, people maintained the belief that the industry would be formed in a way that complemented our values, morals, and our deepest desires—envisioning a market developed by and for those with a passion for both quality and education. That was, and still is, very much the dream that’s sold to consumers and non-users alike today as a primary driver behind the industry.

We know that people who enjoy cannabis come from all different walks of life, still, we tend to share a set of common goals and interests. Consumers tend to lean more towards natural therapeutic solutions, and they are always talking about the quality of pot products because even though they’re all after a different experience, there’s a shared desire for the ideal range of benefits. They’re also, more often than not, quite aware of the importance of things like education and reducing environmental impact.

On top of all these shared philosophies, cannabis enthusiasts want most to support those who came before them, as well as anyone who wants to make a positive impact on the industry today.

The cannabis industry is still in its infancy, but it’s already being plagued by many of the same issues that have nearly, if not entirely decimated older, much less evolved industries, and this is really just proof that it doesn’t take long for corporate greed to overcome familiar values. Those who run the show, with the exception of a handful of true lovers of the green, have hacked up the market in a way that’s made it lose nearly all of its cultural roots, which run deeper and longer than any form of regulation.

We tend to view the cannabis industry as one that’s purer than most, and this is probably due to the general nature of consumers, who are being held up as the true victors in legalization, but the reality is that the market that’s evolving right before our eyes is just as if not more corrupt than any other that’s come before it. It’s devastating and demeaning to those who fought till their very last breath for this privilege and suffocating for many of those who most deserve a seat at the green table.

Some say that the commercialization of cannabis was the worst thing that could have ever happened, at least for those who like to indulge. What was once small crops cultivated with care by skilled hands to produce the highest quality strains and products, has now been replaced largely by automation thanks to larger corporations that only care about the bottom line. Unfortunately, in commercialized cultivation, the most sought-after strains are rarely considered.

Quantity in and of itself wouldn’t even be a problem if the focus was on developing the largest range of unique strains and products to choose from; sadly, that’s just not the case, and the level of commercialization in cannabis today is actively reducing the number of choices for consumers instead of widening them. It’s also putting skilled hands out of work, replaced by robots, AI, and other technology, all while stealing opportunities, practically barring smaller competitors from getting a slice of the action.

Have you ever wondered what happened to the dealer you used to visit? You know, the one who used to sell you bags of weed when it was still illegal? Of course, not all street cannabis hookups were worth writing home about. In fact, the majority of those who’ve spent any money on the black market have stories to tell about shady cannabis dealers, but there were just as many, if not more, who seemed like they knew their stuff.

Quite a few were self-taught experts in the cultivation of some of the best buds you’ve ever tried, pumping out specular specimens that could shock and awe even the most experienced consumers. Many we’re good at crunching numbers because though they weren’t paying taxes or filing for business licenses, they still had to make sure that all of the bills were paid, accounting for all possible overhead costs along the way.

They might not have been official, but some of these guys seemed like they were born for this, so what happened to them? Did they make it big by getting away from the illegal game, getting licensed, and setting up a successful shop somewhere? Unfortunately, there’s a much sadder version of this story that’s much more likely. All legal cannabis industries began on the back of the oppressed, and yet, the victims are rarely welcome to be involved in any manner.

Prior experience running an illegal dispensary, though honourable, is enough to bar someone from working in most sectors of the cannabis industry. In those where it could be an excusable offense, what real work history is there to show aside from a long list of illegal acts that are enough to make most cannabis business owners cringe.

Having more than a decade of experience in cultivation means literally nothing when it’s all spent in your own personal greenhouse or gardens, with little evidence of its existence or success beyond a few fond memories. Those with even the most refined skills are being left out of the loop, being forced to work their way from the bottom up by furthering their education, a luxury that not many can afford without the luxury of a steady income.

Much of this is in relation to those who probably should be working in cannabis towards the lower end of the chain, but this trend of equality is one that works its way all the way up to the very top. Not only are some of the most highly skilled professionals not allowed to work a simple budtender or greenhouse position despite, in some cases, dedicating decades of their lives to the craft. They also can’t catch much of a break if they want to own a cannabis business, and this is especially true for women.

We’ve known about the disparity between men and women in the workplace for ages, and certain industries are hit even harder. We see it in construction and really any heavy labourer position, but most consumers are under the impression that it’s not as much of an issue in cannabis. After all, women are used most heavily to market the culture, even if they aren’t necessarily the largest group of participants, but the reality is that there are fewer than 10% female CEOs in cannabis.

You’ve probably heard quite a bit about reparations lately, as we see governments all over the world working to make historical wrongs right again. Key social issues such as indigenous rights and unlawful use of force are making headlines nationally as we work towards solutions that will help to improve the lives of those who have been harmed by past indiscretions. Reparations cannot erase the past, but they can help to lessen the blow, making them a necessary element for healing.

When legalization was finally approved in Canada, it came with a promise by the federal government to actively work towards fixing some of the damage that was caused by the war on drugs, but nearly 2 years later, very little has been done, while those impacted continue to sit and wait for rescue. In other countries and states, the story is the same, as all governments jump to benefit from lucrative tax revenues, leaving behind too many victims without aid.

Cannabis companies aren’t much better for this, with smaller-scale operations doing the most by hiring those who have a history with the black market, while some of the biggest green businesses which include producers, dispensary chains, and processors, create barriers for those very same people. These are the ones who created this industry, fought for this shift, and without them, there would be no opportunity to make millions.

Still, too many players like CEOs’ and shareholders’ pockets, all while turning a blind eye to the trailblazers, advocates, and consumers.

We can and should be better

There is no question that there are some really incredible, well-deserving people who are making waves in the cannabis industry, but that’s not why we’re here today. Though many view cannabis culture, and by extension, green businesses through a rose-coloured lens that makes it appear as though we are lightyears ahead of the game, we’ve barely gotten started, and there is still a whole lot of work to do before we’ll have earned the title of a more evolved industry. 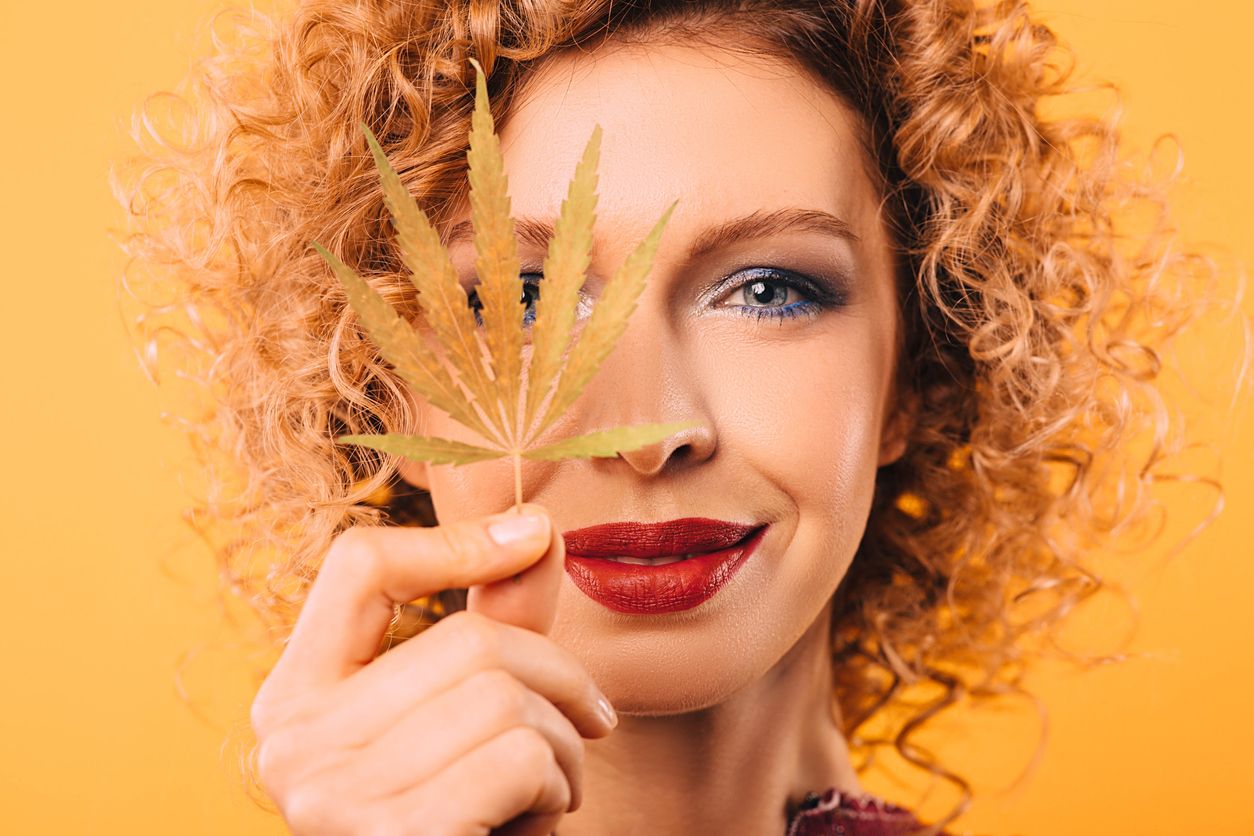