The large increase included two more deaths, both in long−term care home residents. An 80−year−old woman who lived in a facility in Hamilton died in hospital, where she had been treated for the past week.

The death of a woman in her 90s from Durham Region was also reported. She had been living in a long−term care facility that had five confirmed cases. Twenty residents were in isolation, a spokeswoman for the Durham Region Health Department said.

Eight people have now died of the illness in the province.

Officials have not yet determined how more than 40 per cent of Ontario’s confirmed cases were acquired, said associate chief medical officer of health Dr. Barbara Yaffe.

Of known cases, about 13 per cent were transmitted in the community, she said, with approximately 65 per cent of people infected through recent travel and another 20 per cent infected by close contact with another confirmed case.

The updated numbers also show there is a growing backlog of test results, with more than 10,000 people waiting to find out if they are positive for COVID−19.

Ontario has ordered all non−essential businesses to close by 11:59 p.m. Tuesday for at least 14 days in order to help curb the spread.

"We will not hesitate to shut down further workplaces as needed," Premier Doug Ford said.

"We need to do everything possible to slow the spread of COVID−19. As a society we’re being asked to make tremendous individual sacrifices. To get through this, we must all make sacrifices. We must put our collective well−being above all else."

Ford also announced that hydro rates will be temporarily lowered as more people work from home during the pandemic.

A lengthy list of businesses that will be allowed to remain open includes grocery stores and pharmacies, alcohol and cannabis retail stores, gas stations and construction sites.

Addressing questions about why certain businesses are deemed essential, Ford said what is essential to urban areas may not seem essential in rural areas, and vice versa.

To come up with the list, the government consulted with "a couple hundred people," including business associations, labour leaders, the public service and cabinet, Ford said. It is an open list and items can be added or removed, he said.

A spokeswoman for Ford said mental health and addictions organizations have warned that "shutting off the supply of alcohol and cannabis would put undue pressure on the health−care system as those undergoing withdrawal sought medical attention."

Power and telecommunications will continue to run, as will taxis, vehicle repair and rental businesses, companies that support IT infrastructure providers and clean drinking water.

Child−care services for essential workers, home daycares with fewer than six children, veterinary and animal health services, and funeral services are also exempted from closure, along with dry cleaners, laundromats and some other industries.

Dry cleaners were exempted because they provide an important service to front−line workers who have to wear uniforms, and many provide laundry services, said Ivana Yelich, a spokeswoman for Ford.

The government has said working from home and online commerce are permitted to continue for all businesses.

Quebec has also ordered the closure of non−essential businesses, with a similar list to Ontario of what is allowed to stay open. However, in Quebec the construction sector has only narrow exemptions.

Ontario has a long list of construction projects that are exempted, such as "construction work and services, including demolition services, in the industrial, commercial, institutional and residential sectors."

The Ontario Construction Consortium, speaking on behalf of workers, as well as carpenters’ and painters’ unions, wants the premier to suspend work on construction sites for 14 days.

"It makes no sense that you can’t have your neighbour over for a cup of coffee yet construction sites are expected to continue operations and they can have hundreds of employees working in close proximity to each other," OCC executive director Phil Gillies said in a statement.

"This is contrary to the best advice of public health officials to maintain social distancing."

Ford said construction is essential as thousands of families are waiting to move into new homes, but he has warned that companies must ensure the well−being of workers.

"There are currently dozens of provincial labour inspectors at numerous large job sites to ensure appropriate protocols are in place," he said.

"If the industry does not take every step necessary to look after their workers, I will shut them down."

The Ontario Chamber of Commerce called on the government to give businesses more time to shift more complicated operations, such as payroll.

This report by The Canadian Press was first published March 24, 2020. 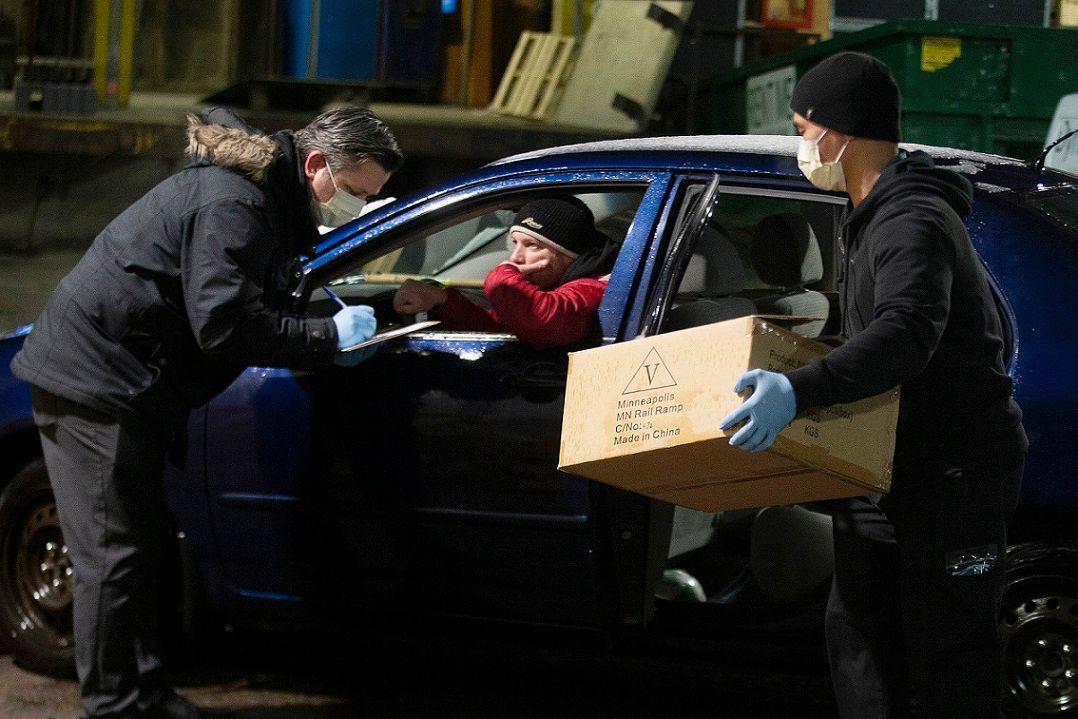 TORONTO — Ontario Premier Doug Ford ordered the closure Monday of all non−essential businesses in the province to help curb the spread of COVID−19....