When the Canadian government first introduced the idea of federal marijuana legalization, most citizens were excited at the prospect of decriminalizing ‘pot’. What most didn’t realize is how hard it was going to be for consumers, producers and dispensary owners to partake in the legal cannabis industry.

On October 17 of 2018, the only option that Ontarians had was through the OCS website, which was nearly immediately shut down due to traffic flow that overloaded servers. This indicated that the federal government’s promise to provide equal access to all Canadians on this date was inflated and over presumptuous at best or outright lying at worst. This left thousands of Canadians with no way to legally participate, which is believed to be a driving factor and the reason why, so few have made the switch from black market dealers.

Licensing for retail vendors were administered in a unique and some say haphazard way, using a lottery system with no requirements beyond financial backing. To enter into this gamble, interested participants could not know what profit margins they would have to work within and that they would be punished with a fine worth thousands of dollars if they were unable to open their doors by the April 1st deadline, mere weeks after finding out if they had won. Only half of those cannabis stores were open in time, and many are fearing a similar result for round two of the province's lottery.

Though it took several months for all 25 of the licensed vendors to open shop, they are all functioning and ready for business, but there still aren’t nearly enough locations to serve the entire region, leaving many Canadians without reasonable access to their medicine or recreational element of choice.

In July of 2019, 3 months after the first dispensary in southwestern Ontario opened its doors, the conservatives announced their decision to host a second pot license lottery. One which would provide an additional 42 vendors licenses for the area, along with 8 more that will be located within First Nations communities. Most Canadians aren’t even aware that it’s happened, and the deadline to enter has already come and gone.

To enter this draw, contestants were required to pay $75 and meet the AGCO requirements, which include providing:

So far, we know that 11 of these new licenses will open ‘pot’ shops in the areas between Windsor and Niagara Falls, and 8 will be found on reserves, the remaining 31 spots are still unknown.

Though there still seems to be hesitation from Ontarians who feel betrayed after trusting these official promises of access to cannabis products the last time around, this latest rush of marijuana dispensaries is going to do a whole lot more than provide Canadians with medicine and recreation. It will also come paired with good-paying cannabis jobs and a service that surpasses that of OCS with both quality and price. Many citizens remain hopeful for a future that includes a free cannabis industry, that can thrive, compete, and evolve just like any other businesses. More licensing is an excellent start, and it’s happening right now, so stay tuned for updates on the latest and greatest dispensaries that will be opening near you. 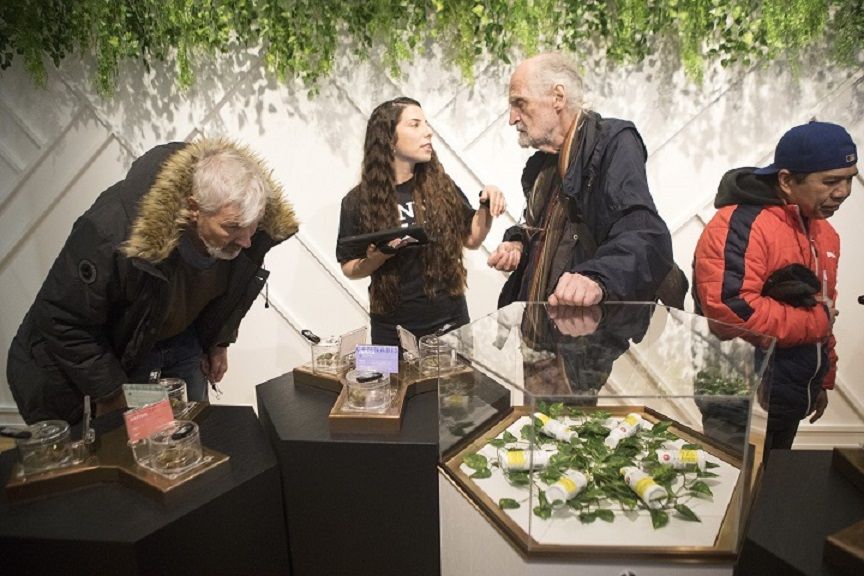 Ontario set to get 50 more cannabis stores starting in October, applicants will have to first show they have their finances and retail space ready to go....