Improving the accessibility and quality of cannabis education

We’ve got the plant itself legalized, a bustling industry, and access to thousands of regulated and tested goods that can be purchased in safe, modern spaces, but there’s still a whole lot of work to do, especially when it comes to cannabis education. Sure, we can take a course and become big, green professionals in a snap, still there are some major gaps that are starting to show, and they’re affecting everyone from doctors and students to entrepreneurs and consumers.

Very few countries dispute the importance of medical cannabis, which is why the majority boast some legal form of prescription, be it approved directly through the government or by a family physician. This is a huge step forward for those who’ve been forced to hide their holistic treatment choice for so long, but simply gaining access is only half the battle.

Unlike traditional medicines, cannabis rarely comes with a thorough set of instructions because doctors aren’t quite sure where to start. There is no specific recommended dose to look up, and almost no direction provided even to modern medical students who will be tasked with the responsibility of prescribing cannabinoids to patients in the future. Aside from a few hours of post-secondary cannabis education, our doctors are graduating blind, forcing them to pursue any further information on their own time and dime.

We could significantly improve the confidence that so many medical professionals lack today by providing and even requiring updated standardized courses to be completed as part of their certification. The trouble is that there are no reliable or easily accessible options that are sufficient which leads us to our next point.

These days anyone can sign up for virtual CBD college, which makes it seem like accessibility has improved, but what is it that students can expect from the training they’ll receive? Well, the truth is it’s hard to say because there are virtually no federal standards when it comes to organizations, institutions, or agencies that are claiming to provide high-quality cannabis education.

A master grower course through one college or university could be vastly different than another that’s provided just across the street, with many achieved certifications eventually losing value as certain programs inevitably go under or evolve greatly to recognize areas where student education was lacking. This makes it really hard for all who want to learn about cannabis to take the leap with any level of assurity, turning an investment in learning about cannabis into a gamble.

This is true in most countries, including Canada and the United States, two places with bustling cannabis scenes, and it’s a problem we need to solve by implementing a reliable set of standards, rules, and laws that will protect the quality of cannabinoid education. Just like in any other specialized industry, students should have access to certified high-quality courses they can trust.

We’ve touched on the glaring flaws in cannabis education for students, which really could cover anyone from professionals to regular everyday consumers, but even they are afforded more luxuries in this department than medical patients due to the sheer number of available options. Since most doctors don’t know enough to prescribe a regimen, strain, or particular cannabinoid dose, many are forced to nervously experiment instead.

This lack of direction is enough to turn some patients who could truly benefit from this therapeutic treatment away from the idea altogether, while those who choose to step carefully ahead have very few reliable ways to get educated on the subject. They’ve got the internet, the occasional course geared towards medical patients and a host of lessons designed with recreational consumers in mind, but very few meet the needs of your average, new medicinal user.

What these people truly need is access to a cannabis consultant who is knowledgeable in the field of medicine while also is supportive every step of the way, something that, due to legalities, is a rare find. Those that do exist can cost almost as much as the products themselves, adding to a bill that patients already struggle to keep up with, which is why we need a system that is legally accepted, comfortable and affordable.

Green enthusiasts who indulge in cannabinoids and terpenes for their many recreational benefits have been catered to heavily since the very beginning of legalization. So much, in fact, that medicinal patients and their urgent needs were pushed to the wayside so that all energy and effort could be pumped into hyping up what would eventually be an incredibly lucrative industry, but even they should learn about cannabis.

A better understanding of everything from how the body interacts with cannabis and its many elements to the potential risks of choosing the wrong doses or products could significantly reduce the number of emergency room visits made by inexperienced consumers who accidentally take too much. It could also improve the outcomes of millions of consumers who are hoping to reach a particular state of mind. Though it might not seem like one of the most important issues facing the cannabis industry, these people make up the majority of paying customers.

Could you imagine if regular everyday people had access to someone who could truly answer their questions about cannabis without fear of reprisal? In many regions, budtenders are held back from offering advice especially for those who are seeking a specific medicinal benefit, but that is because they are not licensed or often educated enough to provide effective and science-driven recommendations. Every dispensary should have someone on hand because the people really do need it!

Everyone deserves to have a safe place to turn for advice, direction, and support through a cannabis experience and the only way that will become a reality is if we change the way we provide the world with the right information. Right now, most users, though blissfully unaware, have no idea what they’re doing each time they partake. We could change that, further minimize the taboo, and elevate the average person's interaction with the plant if we choose to prioritize and make accessible cannabis education for everyone who wants it. 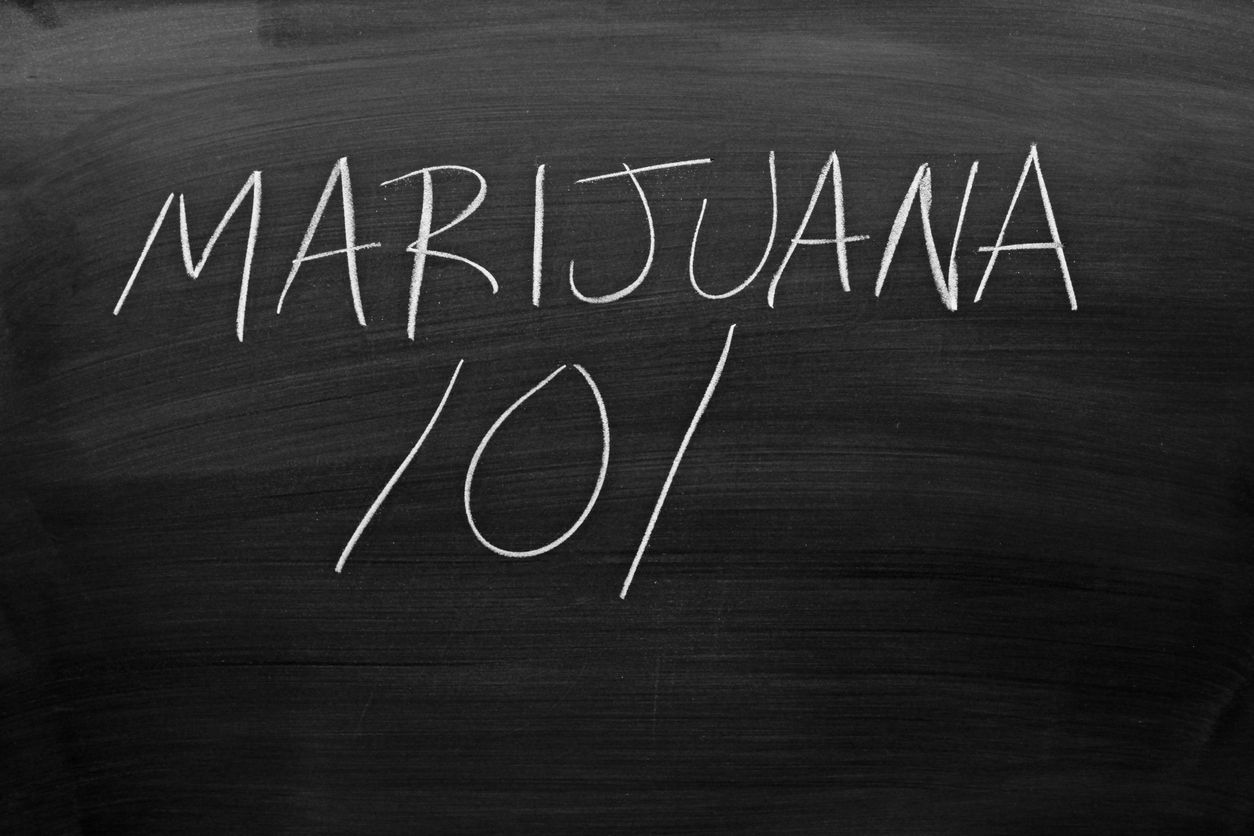 Is a cannabis education worth getting?

It still feels new and exciting, but that doesn't mean there's any shortage of options when it comes to different types of cannabis education....