There were 77, 128 transactions on New Year’s Day, when the law legalizing marijuana for recreational purposes took effect, according to Toi Hutchinson, senior adviser to Gov. J.B. Pritzker on cannabis control.

Dispensaries reported long lines the first day of sales and expected them to continue through the weekend.

By comparison, neighbouring Michigan, which made recreational marijuana legal starting Dec. 1, generated $3.1 million in the first two weeks of sales. First−day sales in Colorado, the first state to legalize marijuana for adult recreational use, were over $1 million on Jan. 1, 2014.

Hutchinson said Thursday marked "phase two’’ of the Illinois legalization law, with the day being a deadline for applicants under the so−called social equity provisions of the law to apply.

Designed to help minority applicants who’ve been most adversely affected by law enforcement efforts to fight the drug, the provisions include ways for qualified applicants to pay lower licensing fees and get business loans and technical assistance.

Also under the law, some marijuana sales revenue will be earmarked for neighbourhood development grants, and low−level marijuana convictions will be expunged. Pritzker granted more than 11,000 such pardons Tuesday.

People began lining up on Wednesday at 6 a.m., the earliest that Illinois’ new law allowed such sales.

Among those who bought on the first day was Illinois Lieutenant Governor Juliana Stratton who purchased edible gummies in Chicago.

Illinois already allowed medical marijuana, but it is now the 11th state to allow its use and sale for recreational purposes. The law approved by the Democratic−controlled Legislature and signed by Pritzker allows people 21 or older to possess of up to 30 grams (1.06 ounces) of cannabis flower and up to 5 grams (0.17 ounces) of cannabis concentrate.

Pamela Althoff, executive director of the Springfield−based Cannabis Business Association of Illinois, said she spent much of Wednesday morning in Chicago and its northwestern suburbs. She said wait times of up to three hours were getting shorter as the day progressed.

“It has been joyous and well−run,” she said. “People are extraordinarily courteous and civil.”

Police were on−hand at most shops mostly to control traffic.

Althoff cautioned that recreational marijuana may not be consumed in public and added that like all new products, it may be a little expensive.

“We hope that down the line it will become less expensive,” she said. “The message from the industry is not promoting or opposing, it’s the state of Illinois made it legal and we’re here to provide a safe and a quality product for those who wish to consume.’’

In Illinois, nearly three dozen dispensaries have been issued licenses to sell recreational marijuana. State officials said up to 75 additional licenses will be granted by May.

Cannabis sales could generate $250 million for Illinois by 2022, according to estimates by state officials. But not everyone is on board.

“In the end, big pot only cares about being able to peddle its addictive, highly potent products in disadvantaged communities as it takes its playbook from big tobacco,” said Kevin Sabet, president of Smart Approaches to Marijuana. “This what we have seen in every single state that has gone down this road, and we have no reason to expect Illinois’ experience to be any different.” 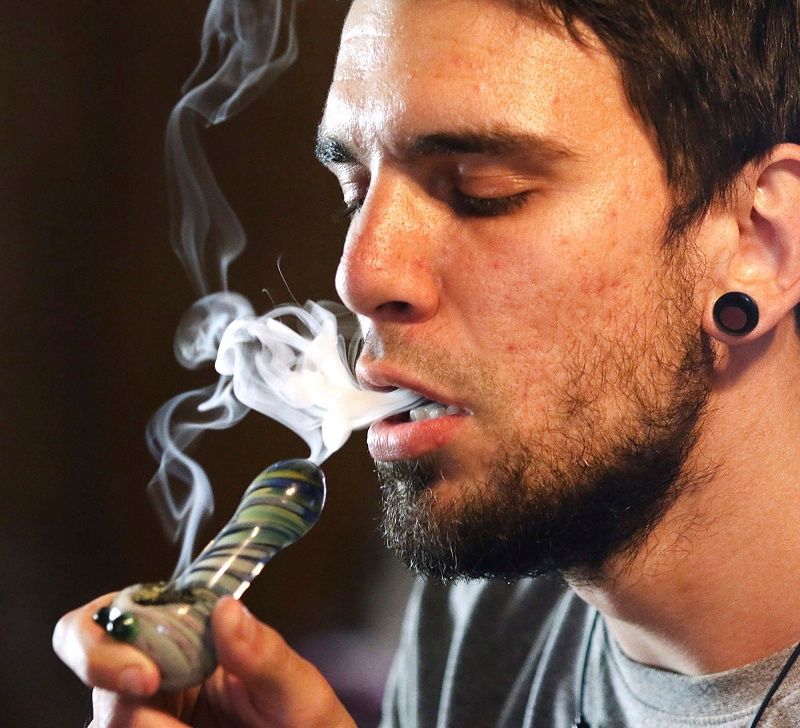