The cannabis industry is bursting at the seams with the introduction of thousands of new dispensaries right across Canada, but unfortunately, some harmful stereotypes are still widely believed. Leading to confused customers who can’t comprehend why a product that they were promised would act a certain way, does the complete opposite of what they initially expected.

Most consumers would agree that Sativa strains are more uplifting, relaxing and stimulating, offering a soothing experience that doesn’t sedate, which should be perfect for physical activity and keeping motivated. They are often touted as an ideal daytime-use product for those who enjoy a lighter buzz that won’t interfere with day to day responsibilities.

The misconception about Indica strains

Indica strains are frequently believed to be heavily sedating, much more potent, and of a higher quality, which leads to higher prices. They are often sold to unsuspecting customers under the guise of a perfect solution to every sleep or pain problem that you could ever imagine. Indica strains are also most commonly recommended to the most experiences consumers who have built up a tolerance to THC due to their intense euphoric effects.

The truth about Sativa and Indica weed strains

All weed strains differ from one another, and the type doesn’t mean nearly as much as the genetics that are within them. There are some Indica strains that are so potent and high in THC that new consumers would do well to steer clear of them, but there are also just as many that can provide a mellow, soothing, and even uplifting sensation that is much more akin to the stereotype of Sativa strains.

Where did this common belief come from?

No one can be entirely sure of where this misinformation originated, but it is believed to be a rumor that was eventually repeated so much that it was taken as fact, just like the stereotype of stoners being lazy, which we all know couldn’t be farther from the truth. Unfortunately, black market cannabis dealers and dispensaries have been making millions of dollars every single year on this premise alone, which often leaves consumers feeling tricked.

These weed strain myths are so widely believed that they are still heavily used in the marketing of marijuana products sold today. One example would be Indica gummies that promise a full night’s sleep or a cannabutter that’s made using Sativa strains that can give you a boost in energy to keep you going all night long. Neither one of which is so easy to accomplish without research into the cannabinoid and terpene content of weed strains.

That doesn’t mean that these claims are all lies, as some cultivators and marketers truly research before making such bold promises, but very few from the black market are so cautious. For an experienced stoner with a high tolerance that wants a buzz to complement their day, some Sativa strains may not be strong enough, and what's worse is an inexperienced and nervous novice consumer ending up with a panic-inducing high because they opted for the so-called sleepy Indica strains based on this belief alone.

The effects of each different type of cannabis are still not fully understood, but we do know that it’s a combination of the elements like terpenes, terpenoids, and cannabinoids and how your body responds to their introduction to the bloodstream. While we can’t give you a guarantee of how weed strains might impact you, we do know of a few helpful tips and tricks that can help you to select the perfect one for you.

How to choose the right weed strains

Once you become accustomed to the natural aromas of the cannabis plant it is relatively easy to distinguish between a citrus or a pungent skunk terpene and knowing this can help you to predict the effects. More uplifting scents like tropical lemon or grapefruit are much more likely to result in a more invigorating type of effect. Those with a spicy, skunk or pungent aromas are more liable to cause an intense cough locking type of effect.

Never buy weed strains off a sales pitch alone, but instead, whenever possible, get a list of what's available from your local dispensary so that you can research it online through extensive databases full of clinical research and real consumer reviews.

Weed strains that are high in THC will often provide a much more intense experience, while those that offer high doses of CBD are more useful for medicinal purposes like quitting smoking or reducing inflammation. Anything over 16% has typically deemed a strain for the more experienced consumer, and those that have less are much safer choices for beginners. 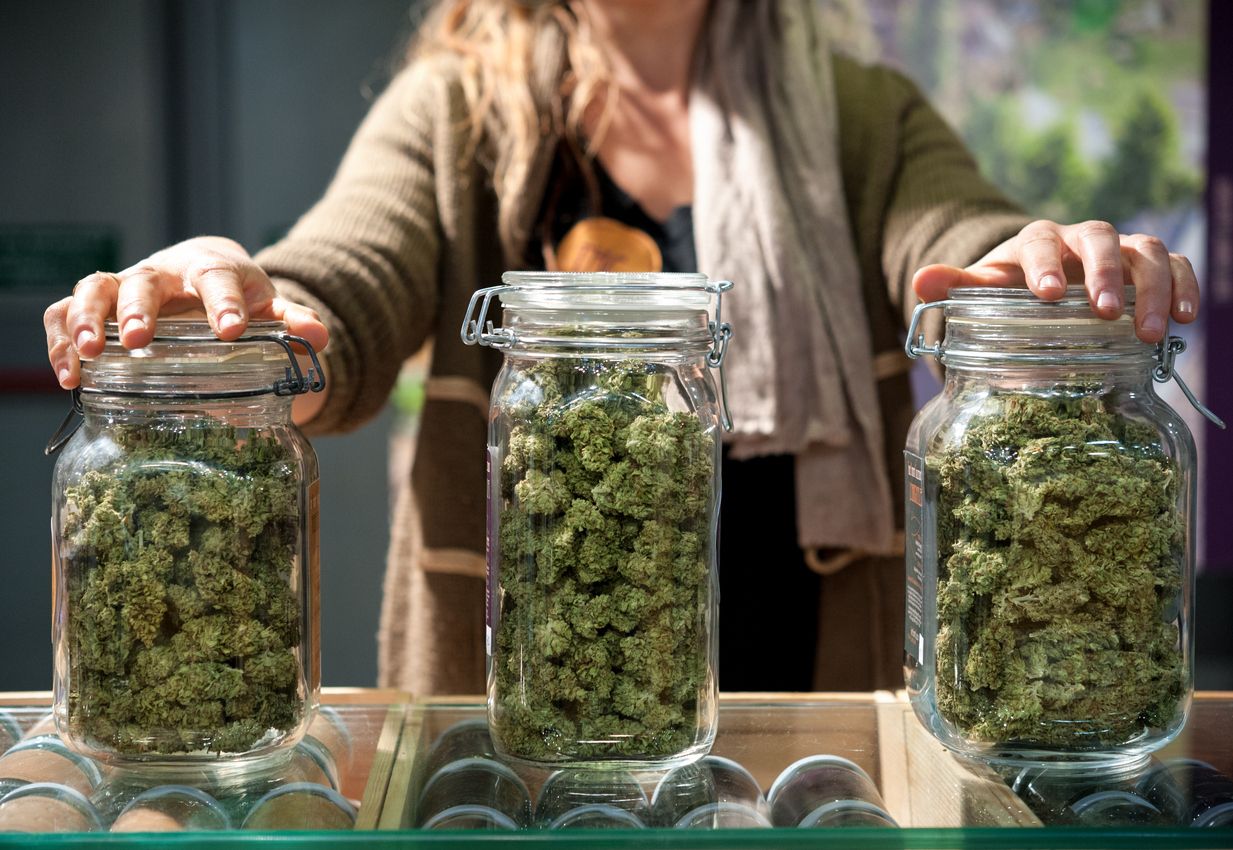