As the number of Canadian cannabis dispensaries rises and local competition amps up, some of the largest retailers in the region are asking for help from the RCMP to combat the black market. The hope is that the request will trigger a proper investigation into all of the illicit sources that are listed on the popular online platform Weedmaps, leaving behind only licensed and regulated businesses.

Weedmaps is an online hub of all different kinds of information, and many pot enthusiasts use it for everything from looking up useful facts about cannabis products or strains to searching for their closest dispensary for the most up to date menu options. Overall, it’s a really helpful service, which has led to its gain in popularity over these last few years, but the company doesn’t discriminate between legal and black-market dispensaries when it comes to advertising, and that for many cannabis business owners, is a problem.

As you might have guessed, black market stores don’t have to abide by the same rules and regulations that licensed establishments do, and this, of course, raises some concerns for anyone who is trying to be competitive while doing everything right, which is why this isn’t the first time that Weedmaps has come under fire for facilitating sales for the illicit industry at a cost.

In fact, several months ago, Weedmaps promised quite publicly that it would move to delete all black-market listings, but since then, absolutely nothing has changed to show that they have any intention of following through on their word. After months of waiting and hoping to see the demise of their unlicensed competition, some of the biggest companies in the area are looking to the RCMP for answers.

A letter to RCMP Deputy Commissioner Michael Duheme and Commissioner Brenda Lucki was co-signed by eight of the largest Canadian cannabis retailers on Monday, August 31st, and in it a call for the unwilling company to be forced to stop profiting from the proceeds of what is quite clearly an illicit activity. The companies have officially requested that the RCMP look into every avenue possible in order to curb what they view as a black-market problem.

The cannabis retailers have yet to receive a response, and to date, the RCMP has made no public statement in regard to the request for change, so for now, it looks like black-market vendors will continue to advertise openly on the online platform without fear of any repercussions for doing so. Sadly, this couldn’t be more discouraging for legal dispensary owners, who can’t seem to keep up in such a volatile market that is left to its own devices.

Until now the black market has been left to thrive

The black market has been thriving since long before legalization was ever on the lips of Canadian officials, and to this day, it manages to own nearly every portion of the market with customers who seek everything from medicinal to recreational cannabis products. Though some regions have gone so far as to place massive cement barricades in hopes of discouraging illicit vendors, most raided stores are out of commission for less than 24 hours before they're back up and running like normal.

Even in the strictest areas, owners of black market dispensaries have become wiser using tools like technology to avoid the need for storefronts altogether, making it more difficult than ever before to truly stop these businesses from running, as many take to platforms like Weedmaps that allow customers to buy weed online and simply wait for it to arrive at their door.

These kinds of digital and back door transactions are incredibly difficult to track, but still not impossible, so the question remains, why is the RCMP not using all of the tools at their disposal to shut down black market vendors? Especially at a time when the local drug dealer is little more than a phone call and a few minutes wait away.

Can the RCMP force Weedmaps to delist black market vendors?

The RCMP has yet to comment on this issue, and that is likely for a few reasons that they may not want to admit. In the past, when the agency has been asked, they’ve responded by saying that they pop back up far too quickly for their efforts to be worth the cost, and while there are certain levels of government that could intervene and force this change to happen, the reality is that they’ll just be replaced by someone else. So, it would seem that the force might not have as much power as you might think to remove online content and keep it offline.

What the people think

When there is a demand for any kind of service, there will always be someone out there who is willing to provide it, and in this case, consumers want what the black market has to offer. It’s got more potent and exotic cannabis products at a fraction of the price, and in most cases, you can even buy weed online and have it delivered to your door, a service that most provinces do not allow even in the direst circumstances.

The people speak with their money, and though the pandemic does seem to have increased the amount that cannabis-consuming Canadians are spending on the legal market, the reality is that the majority of the industry still belongs to those who continue to operate with rules, without regulations, and unlicensed. Until players on the legal side of things can truly compete, the Canadian cannabis industry will continue to flounder, and that much has never been clearer than it is right now. 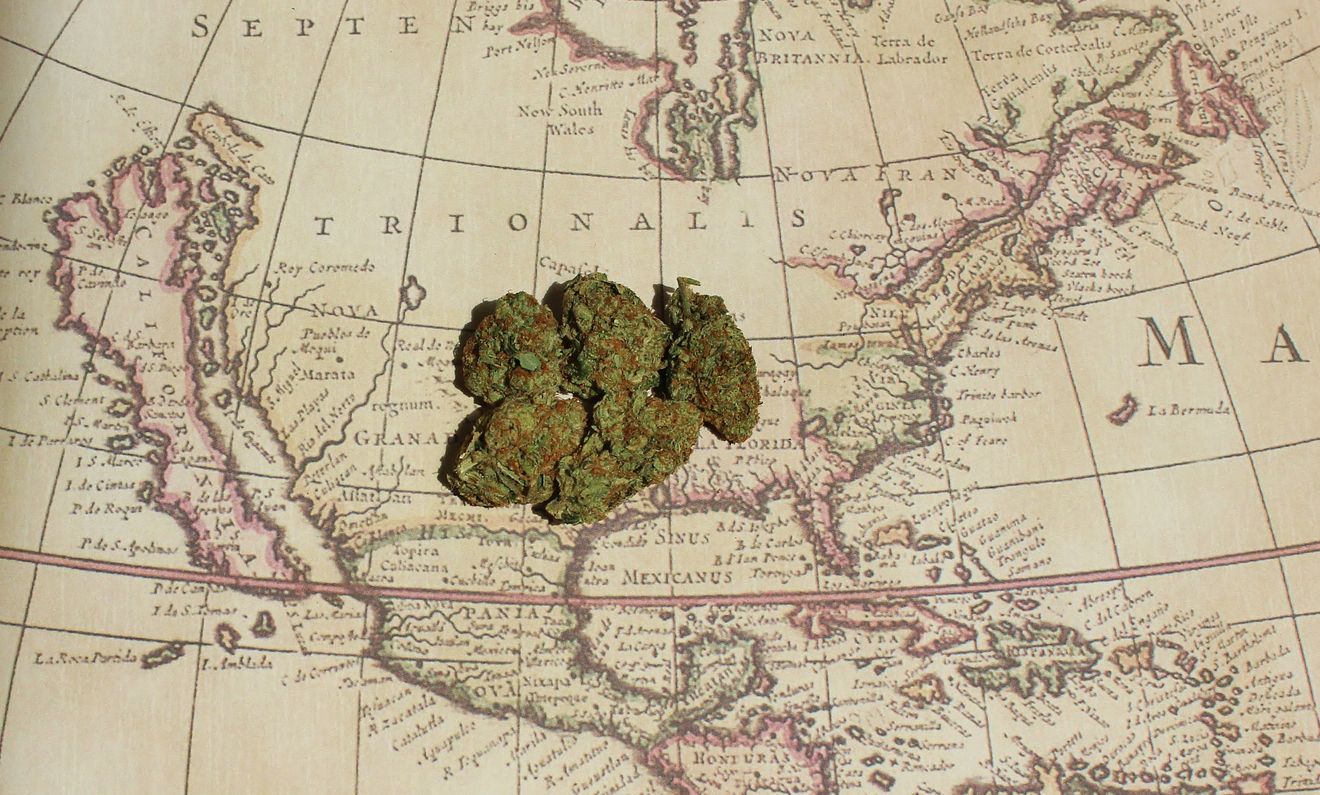 Weedmaps is a popular connection for buying weed online, but is it safe?

Weed maps offers one avenue that is full of illicit cannabis products, and the risks that come with using it are not for the faint of heart....