Authorities: Beware of vapes, gummies in some Kansas stores

MISSION, Kan. (AP) — Confusion is clouding the legality of vapes, gummies, teas and other products that include a chemical cousin of marijuana’s main intoxicating ingredient.

A recent Kansas attorney general opinion, court decision and law change have raised questions for prosecutors and law enforcement as the products, which are frequently sold in smoke shops and even gas stations, proliferate.

At issue is a chemical called delta−8 THC that is billed as producing a milder high than the better−known delta−9 THC. Delta−8 is often marketed as being legal even where marijuana is not. That argument stems from the fact that most delta−8 is synthesized from CBD, a popular non−intoxicating chemical that’s prevalent in hemp, a form of cannabis that Congress legalized in 2018.

In the Hays area in western Kansas, Ellis County prosecutor Robert Anderson sent a letter last week to 15 different businesses warning them that selling the products can open them up to criminal liability.

“I do not doubt that you and likely many others feel as though marijuana and/or hemp products should be decriminalized or legalized in some fashion," he wrote, urging people seeking legislative change to contact their lawmakers. “My obligation to the Ellis County attorney is to enforce the laws as they are written.”

Delta−8 has rocketed to popularity over the last year, and the cannabis industry and state governments are scrambling to reckon with it amid debate over whether it’s legal. Kansas lawmakers amended the state’s hemp act last year, and the law took effect April 29.

Kelly Rippel, the cofounder of Kansans for Hemp, said the state law was intended to make more hemp products legal, such as delta−8.

But the way it was written raised questions for Anderson and the Kansas Bureau of Investigation about whether the products were now illegal.

Rippel, who serves on the Kansas Department of Agriculture’s Hemp Advisory Board, insists that they remain legal. He said there are different types of THC and delta−8 is not considered a controlled substance. He said state labs, however, don’t have the capability to tell whether the THC in a product comes from delta−8 as opposed to an illegal marijuana plant.

“We need some clear parameters from the Legislature on this," he said. “Because prohibition hasn’t worked; we know that."

The attorney general opinion states that cigarettes, teas, flour and vapes are illegal regardless of the level of THC.

But Rippel said other products, including gummies and topicals, are legal as long as they contain no more than .3% total THC.

Anderson said in an interview that the issue is that many products being sold contain far higher levels of THC.

A judge in Ellis County also weighed in on Dec. 22, finding that delta−8 products are illegal. The ruling stemmed from a charge of unlawful possession with intent to distribute that Anderson filed in August against a man accused of burglarizing a businesses that was hawking delta−8 products and then selling what he allegedly stole.

Anderson said the man’s attorney filed a motion to dismiss on the grounds that the product was legal, but the judge disagreed.

“It kind of creeped its way into every county across Kansas," he said of delta−8. “And so now we’re just stuck in this strange spot all throughout Kansas where there’s going to be hundreds, if not thousands, of businesses who sell this stuff and they’re arguably selling it illegally as if they’re like a common drug dealer. And in certain counties, they may get treated that way.”

He said another concern is that people could unwittingly get in trouble if they are arrested on unrelated charges and law enforcement runs a field test that detects THC in their system. He said the tests can’t distinguish between whether the THC comes from marijuana or hemp.

The Kansas Bureau of Investigation, which requested the attorney general opinion, hasn’t conducted enforcement operations, nor sent notice letters to anyone believed to be selling delta−8 products, said agency spokesperson Melissa Underwood. She said hoped that the opinion provides clarity.

After Anderson first raised concerns last year, Shaun Musil stopped selling chocolates and gummies containing delta−8 THC at the Paisley Pear wine bar, bistro and shop that he and his wife run in downtown Hays. He said he still has about $300 worth of the unsold product.

“We’re probably getting ready to destroy it because it’s just not worth it," he said, adding that he never used it personally. “I personally think eventually, maybe I’m wrong, but eventually, it will probably be legal in Kansas."

This story has been corrected to show the amount of THC legally allowed in some products is .3% not .03%. 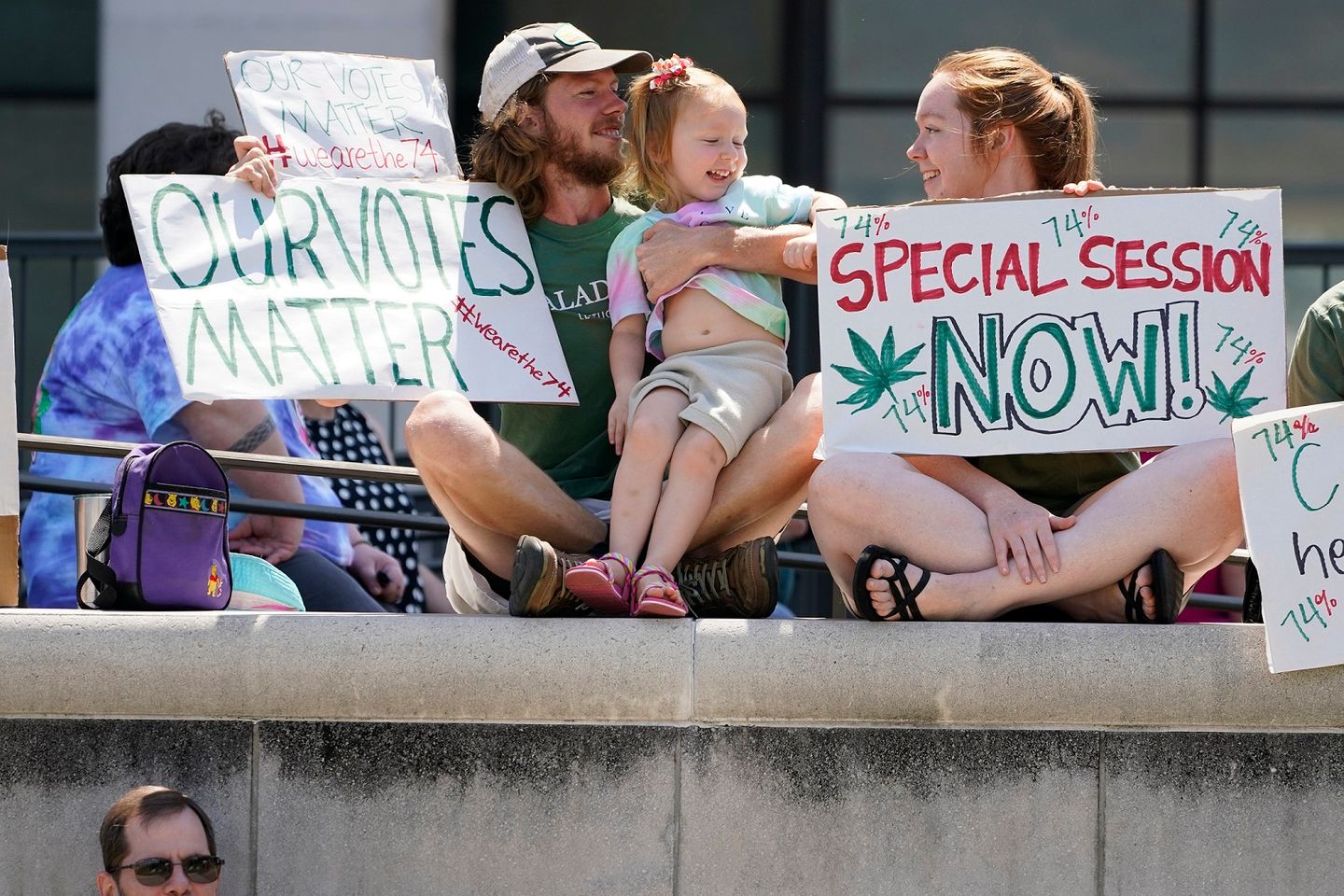