If you’re one of the lucky souls who get to live in a country or state with legal weed, then you might assume that the green scenes around the world function in a similar way to the one you’re used to. However, we’re still in the early phases of developing a global cannabis industry, and each place actually looks just a little bit different. With that said, we’d like to introduce you to ten interesting facts about legal cannabis you don’t know.

1. Medical cannabis is legal in 29 states

We talk a lot about recreational marijuana because most are under the assumption that medical use has long been accepted, but the truth is that only 29 US states boast an accessible and legal cannabis program for patients. West Virginia is one of the most recent to make this change, so as you can see, America is still a long way off from total acceptance of legalization.

2. Employees can still be fired for smoking weed

Even in states that are boldly accepting of cannabis use, employers are granted the power to choose whether or not their employees can indulge. This is because in the US, it’s entirely legal for employers to drug test workers, and it’s a highly encouraged practise for professions that are high risk.

3. Driving while under the influence of cannabis is illegal

No matter where you go, driving while under the influence of cannabis is illegal, and many states prohibit simple possession inside of a vehicle, so it’s important to know local state laws before travelling, and it’s best to avoid getting behind the wheel even if you’ve only had a few hits, otherwise, you could risk fines, jail time, and your vehicle could be towed.

Even if you're travelling from one legal weed state to another, crossing state lines is a punishable offence. This is because, federally, cannabis is still prohibited. So, if you plan on vacationing in a different 420 friendly state than the one where you reside, it’s best to only buy as much as you’ll need while you’re there.

5. The black market is still thriving

You might think that the legal scene should have had plenty of time to overtake the black market, especially in countries like Canada, where you can find licensed storefronts just about everywhere, with many operating for 2 years or more by this point. However, the black market is still alive and well, and it’s doing so good, that it can be hard to tell the difference between the two. That’s why it’s recommended to research a cannabis dispensary before you visit because simply buying from an illicit dealer can land you in hot water.

6. Rules vary greatly from one region to the next

In both the United States and Canada, recreational marijuana rules vary quite a bit from one place to the next, with each touting individual legal ages, possession limits, public consumption rules, and buying maximums. So even if you’re visiting a close province or state, it’s a good idea to brush up on the rules before you go to avoid unnecessary stress.

7. Banking is difficult for cannabis businesses

Federally cannabis is still illegal in the United States, and that’s causing quite a headache for many green businesses who are forced to operate on a cash-only basis in a world that’s run by technology. So even if you’re in a state with legal weed, it’s good to expect that you might need cash on hand to buy some.

8. You must be 21 and over to buy weed in Alaska, Oregon, Colorado, and Washington

Legal weed has been available through licensed dispensaries in Alaska since 2016, Washington and Colorado since 2014, and Oregon since 2015. Unfortunately, unlike in Canada, where anyone over 19 can shop for cannabis, the legal age in these states is 21 years old, so not all adults can buy it.

9. There are no cannabis dispensaries established in these US states with legal weed

Eight US states as well as Washington DC have legalized recreational marijuana for adults who are over the age of 21, but there is not a single licensed dispensary in these places for consumers to shop, so access is still incredibly limited for those who live or visit these places.

10. You can’t smoke weed in public legally anywhere in the United States

Many US states have legalized both medicinal and recreational marijuana. However, there isn’t a single one that allows public use of cannabis products. 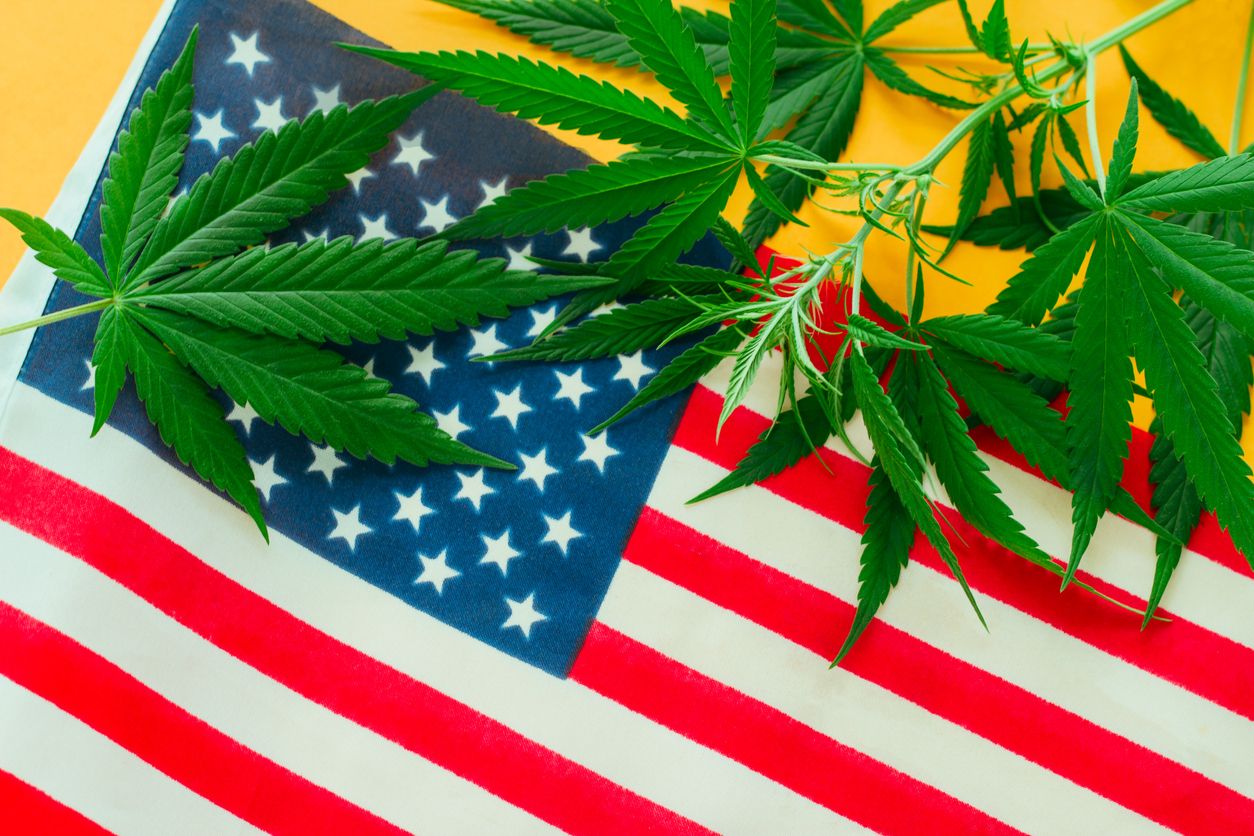 The 10 US states with the most cannabis dispensaries

Most people don’t realize that this country is home to the most recreational dispensaries in the entire world....