Why so many seniors are turning to cannabis remedies for relief

Seniors and cannabis is a combination that has been around for a very long time. After all, it was many of our parents and grandparents who had partaken in the ’60s and 70’s long before it was ever legal, so it makes sense that some of our elderly population has a comfortability with the plant’s use, but that in itself doesn’t explain the significant hike in new senior users. However, if you take the time so see how far we've come in such a short period of time, it quickly becomes clear why so many seniors are opting for home remedies involving cannabis rather than obtaining prescriptions from a doctor.

1. There are plenty of cannabis-based home remedies out there that won't get you high

Most seniors really don’t like the idea of feeling stoned, and that is especially true for those with mobility issues that could be made worse by adding another layer of impairment to the mix, but now that they have access to and an understanding of topical cannabis products, that is a concern that they just don’t have to worry about anymore. The skin provides a barrier that only allows a minimal amount of any cannabinoid to enter the body, providing effective and spot specific relief with home remedies like cannabis-infused salve or cream.

At one time, it seemed like it would be impossible for cannabis concessions to openly enjoy their passion for cultivation, but now that it’s legal in so many regions to grow enough to maintain a steady personal supply of fresh flowers, making natural remedies have never been more affordable, and for those who aren’t blessed with a green thumb, they can either get someone else to grow it for them, or buy discount flowers from one of the hundreds of dispensaries, and turn the powerful plant materials into something amazing with only a handful of additional ingredients.

3. We have a better understanding of microdosing

Microdosing is a huge hit with the older population of cannabis consumers because, for many of them, it doesn’t take much to get all of the relief that they need, without more intense adverse effects like intoxication. This information has led to a significant increase in demand for pre-measured doses in edibles, oils, topicals, and capsules among older generations of cannabis users, and a renewed comfortability with testing out new ideas and treatments.

When you're young, you are a lot more likely to have the freedom to do as you wish, with very few repercussions (within reason). However, for the elderly, many of whom reside in close quarters and residences using an illicit drug could jeopardize things like housing or relationships that are necessary for their survival. Now that it's legal, the stigma is beginning to fade, many natural remedies are available at a dispensary without a prescription, and a fear of the law is no longer a part of being a cannabis consumer, which makes it a whole lot more appealing to older individuals.

5. Cannabinoids are effective for a variety of age-related conditions

We’ve all heard about the benefits that cancer patients have achieved using cannabis-based home remedies like RSO, but as research in other areas of health are explored, we are learning that the plant can be useful for more than just aches and pains and that much of what it can assist with are age-related conditions such as diabetes, Alzheimer's, a lack of appetite, hypertension, arthritis, cardiovascular disease and so much more. As this clinical evidence has made it out into the world, it’s inspired a new movement of self-medicating cannabis consumers who are successfully treating age-related conditions.

As much as we’ve learned about cannabis thus far, each day brings forward new announcements that amaze both the recreational and medical cannabis communities, but our family physicians and health experts aren’t exactly keen on keeping up with the latest information. Those that do still aren’t sure where to start, which means that their direction or opinion isn't typically helpful for anyone including the elderly. This is considered to be the main reason why so many older people choose cannabis home remedies over prescriptions and doctor-led advice, as most are liable to be less reliable than Google.

7. Prescribed cannabis products can be expensive

Those that do choose the route of a doctor's advice or prescription rather than homemade remedies are often faced with incredibly high costs that far exceed those associated with self-medicating or making their own. It is no secret that many senior citizens live from one monthly paycheck to the next, leaving very little room for excess spending or costs, and this makes natural remedies made at home much more appealing to them.

For those seniors who can afford to take on the additional expense, there is still a major roadblock that stands in the way, and it’s that most prescribed cannabis products are typically quite limited when it comes to potency. This is true regardless of the active cannabinoids that they seek, which means that they end up paying a whole lot more, for a mediocre cannabis product. Since age-related conditions are often paired with severe symptoms, they could spend a lot of money, and not achieve the same level of relief, which makes the idea discouraging, especially for those who are limited to moderate pension.

For the longest time, most seniors knew about cannabis as something that was smoked, but we now have all different types of easy to make or obtain pot derived home remedies like capsules, tinctures, oils, and vape juices, all of which offer a much healthier method of consumption, an important feature for those who are already suffering from age-related conditions that may need treatment for the rest of their lives. Smoking, over an extended period of time, can cause lung irritation, something that many seniors would prefer not to deal with at all.

10. Accessibility and education have improved

Whether you’re talking about home remedies or natural remedies, cannabis use among the older generations has gone up significantly, and in the end, it all comes down to how much they know now versus before. Many older people who are considering or using cannabis as a treatment for age-related conditions lived through their entire lives with prohibition, which was little more than lies and propaganda.

That is why we really think that the large spike in older consumers is very likely influenced by two things, including both accessibly and education, which for many, has taught them that the world of pot isn't nearly as scary as some of them once believed. 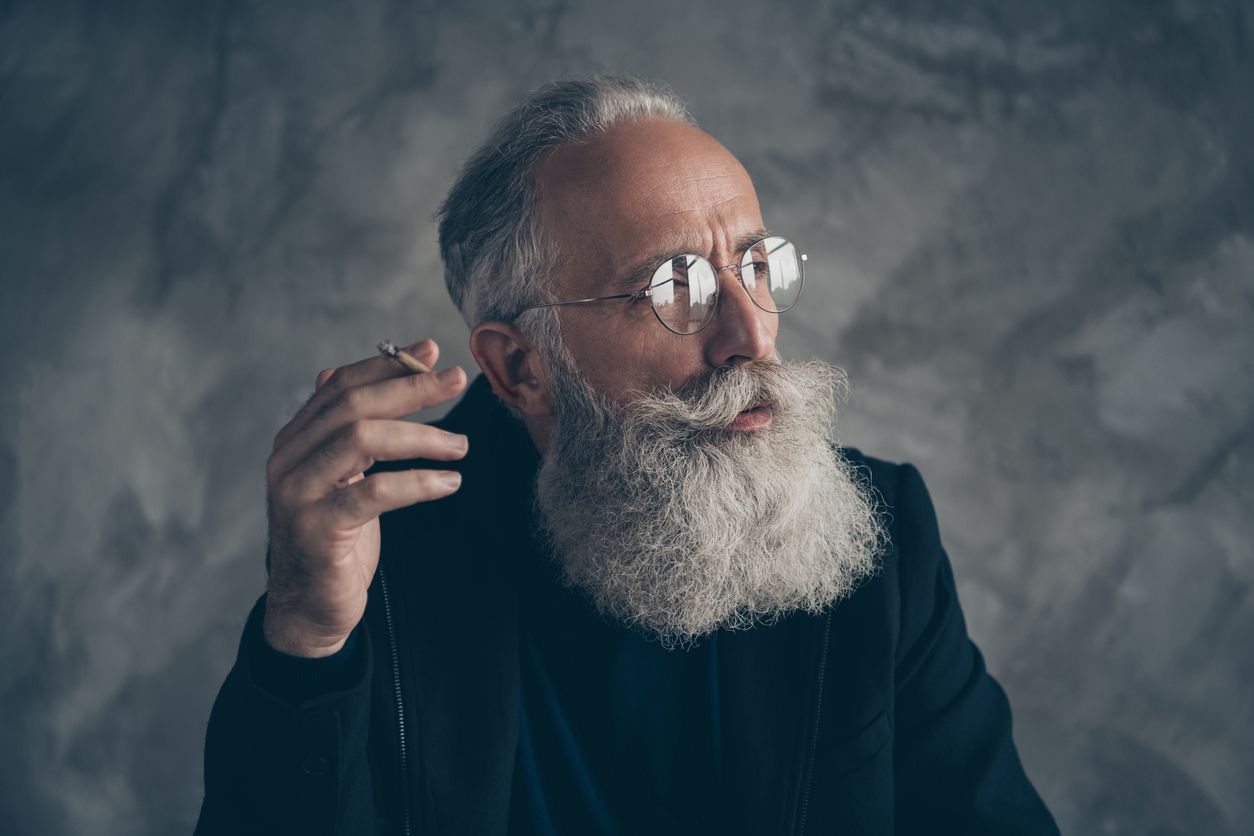 As the years' pass, our bodies begin to look for more nourishment, and cannabis can be the provider of that much-needed boost....